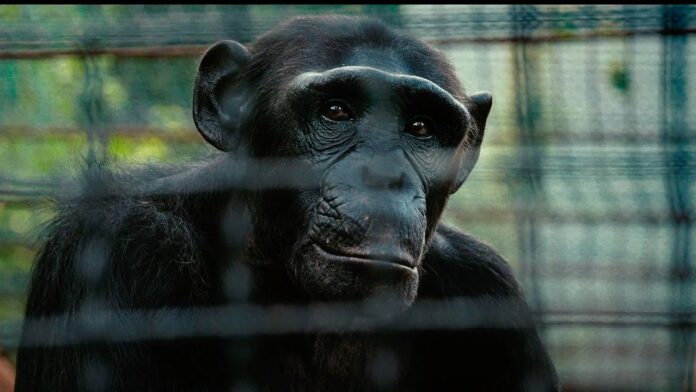 CAPE TOWN – For millions of people around the world, lockdown during the global coronavirus pandemic has meant several months of isolation in the interests of protecting public health. But for billions of animals caged and confined in factory farms, laboratories, marine parks, roadside zoos, fur farms and circuses, lockdown lasts a lifetime.

Animals can spend all or much of their existence locked in cages, crates or tanks, denied sufficient space or stimulation, all for our entertainment, food habit, fashion whim or scientific experiments… which is why Humane Society International’s (HSI’s) powerful new campaign video calls for an end to the lockdown for animals caged and confined their whole lives. (See 6 Ways We Can End Lockdown for Animals below the video.)

Tony Gerrans, executive director of HSI-Africa, says: “Lockdown has been and continues to be one of the most challenging experiences for millions of people across Africa. We are in unprecedented times, and we all share the frustration and monotony of being cooped up indoors, separated from our social groups. For millions of animals in South Africa on factory farms, in laboratories, on fur farms and on captive lion farms, lockdown will last a lifetime. Unlike us, their confinement is not for their own benefit but so they can be exploited for human gain.

Entire industries have been built on animal suffering but we all have the power to change it. We can make the world a fairer, kinder place for animals by making lifestyle choices that don’t cause animal suffering, and by changing laws to protect animals from extreme confinement.

COVID-19 must be a pivotal moment of change for the way we treat our fellow creatures.” Fledge says: “As a film maker, your main goal is connecting your audience with a feeling, message or idea. This unprecedented and global experience of being in quarantine has made people realise the importance of living freely, and gave us a unique opportunity to tell this parallel storyline. We hope that distilling this shared experience into a two minute film will help people empathise with all these animals that are suffering in lockdown, and hopefully act as a catalyst for change.”

As the COVID-19 lockdown begins to ease in some parts of the world, HSI offices across the globe – in the United States, Canada, India, Nepal, Sri Lanka, South Korea, Vietnam, Mexico, South Africa, United Kingdom, Italy, Germany, Brazil, Costa Rica, El Salvador, Honduras and Guatemala – will be promoting the film across social media channels. HSI has identified six key ways in which ordinary citizens and national governments can implement changes to end a lifetime of lockdown for animals.

Six ways we can end the lockdown for animals

Billions of farm animals globally suffer in factory farms. In South Africa, approximately 86% of egg-laying hens spend their entire lives confined in wire battery cages, laying egg after egg for human consumption. Each hen is offered less space than the size of an A4 piece of paper, preventing them from fully performing their natural behaviours, such as nesting, perching, dust- bathing, running, flying, wing-flapping and even freely walking. Studies show that battery caged hens suffer from psychological stress as well as physical harm. HSI is working globally to end the intensive confinement of egg-laying hens in cages.

Tens of thousands of breeding pigs in South Africa are locked in crates for significant portions of their four-month pregnancies and for much of the time they are nursing their piglets – in cages so narrow they can’t even turn around. As well as being cruel, intensive confinement of farm animals is also linked to the generation of more virulent diseases because of the sheer number of animals crowded together in unsanitary environments. HSI wants governments and corporations to end intensive confinement farming, and to fund research to develop more plant-based technologies. HSI urges consumers to make better food choices including more plant-based eating.

HSI-Africa’s dynamic Green Mondays plant-based solutions programme encourages South
Africans to eat plant-based at least one day every week to improve their health, reduce their carbon footprint and make a positive difference to the lives of farm animals. Around the world, HSI also works with institutions such as universities, hospitals and catering companies to shift menus by directly replacing animal-based meals with plant-based offerings. Our expert team provides free vegan culinary trainings to institutional chefs, as well as recipe and menu development, to ensure large-scale meat- and dairy-reduction initiatives.

An estimated 100 million animals die every year for fur fashion, most of them foxes, minks and raccoon dogs confined in small, wire cages on factory farms. These terrible conditions can create psychological disorders, causing animals to repetitively pace and even self-mutilate, and at the end of their productive lives they are brutally killed by gassing, anal electrocution and sometimes bludgeoning. Fur farms are also breeding grounds for infectious diseases including the virus that causes COVID-19 as evidenced by recent outbreaks on fur farms in the Netherlands and Denmark. HSI urges all fashion companies to go fur-free, and for governments to take action to shut down this dirty trade. Countries such as the United States, Canada, China and Italy should commit to end fur farming, and in the United Kingdom – which banned fur farming in 2003 – HSI is campaigning for a fur sales ban.

The Netflix series Tiger King exposed the world of big cat exploitation for entertainment, but there are hundreds of similar wild animal encounter parks and sub-standard zoos across the globe that exploit animals in captive situations that cannot hope to replicate their natural and diverse habitat. For example, dolphinariums that keep cetaceans in small, barren swimming pools can still be found in the United States, Japan, China, the UAE, South Africa as well as many European countries like Greece and the Netherlands. Poor quality zoos are also an animal welfare nightmare, keeping wild animals in deprived conditions which fail to meet their complex physical and psychological needs, and sometimes even forcing them to perform circus-like acts. HSI believes animals do not exist for human amusement and so urges the public not to participate in these ‘attractions’ and to support HSI’s efforts to strengthen laws against this abuse.

Don’t Miss Carte Blanche tonight – a controversial private zoo is set to open on the Kruger National Park’s doorstep! (Watch tonight on DStv Now or stream it overseas from Tues if you’re abroad).

Never pay to have your photo taken with wild animals such as parrots, monkeys or wild cats such as tigers at temples in South East Asia or lion or tiger cubs at tourist facilities in South Africa. These animals are often stolen from the wild or intensively bred from captive mothers, and sedated with drugs to make them easier to handle. They can also be beaten, and have their teeth or claws removed so that they can be used as photo props for tourists.

Thousands of tourists and paying volunteers flock to South Africa each year – mistakenly believing they are supporting ‘conservation’ – so by refusing to patronise these establishments, we can all play a vital role in protecting big cats from captive cruelty.

An estimated two million dogs are reared for meat on thousands of farms across South Korea. They spend their lives in rows of barren cages, exposed to the elements and with no veterinary care; many dogs suffer from eye infections, skin diseases, and painful pressure sores. Most people in South Korea don’t regularly eat dog meat, and there is growing and vocal opposition to the cruel trade. HSI works co-operatively with dog farmers to permanently close dog meat farms, and campaigns for a ban on the brutal dog meat industry.

More than 115 million animals suffer and die in laboratory experiments globally, kept behind bars in small steel cages, in sterile, windowless rooms, and many are subjected to stressful, invasive procedures. From fabric dyes and painkillers to paints and pesticides, thousands of animals can be killed to test one new chemical, without pain relief. But it doesn’t have to be that way. Modern, non-animal research methods offer a more humane and scientifically relevant way to predict human responses in the real-world. HSI works with scientists globally to increase the use of powerful new technologies, such as engineered multi-organ bio-chips that simulate human physiology, and urges governments to prioritise 21 st century techniques to accelerate a transition to faster, cheaper, more reliable science.

Take action on behalf of all animals at https://www.hsi.org/end-the-lockdown/