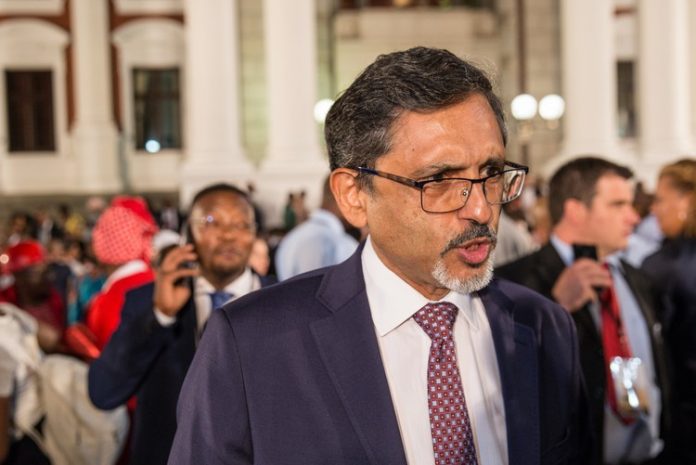 South Africa’s Minister of Trade, Industry and Competition, Ebrahim Patel, has been elected as the chair of the ministerial body tasked with finalising negotiations on the terms for the commencement of the preferential trade under the African Continent Free Trade Area (AfCFTA).

Patel takes leadership of the African Ministers of Trade (AMOT) three months prior to the start of trading under the AfCFTA, and with the continent still in the grip of the COVID-19 pandemic.

Three other Ministers were elected as Vice-Chairpersons from Egypt, Sierra Leone and Kenya. Meanwhile, the Minister of Gabon will serve as Rapporteur of the Bureau of AMOT.

Patel chaired the first virtual meeting of AMOT on 30 September 2020, attended by Trade Ministers and senior officials from more than 40 countries.

The AMOT meeting outcome confirmed the commitment of countries to the start of preferential trade under the AfCFTA on 1 January 2021.

Currently, 28 African Union (AU) Member States have deposited their instruments of ratification of the agreement.

Two additional countries have ratified the Treaty and their formal depositing of the ratification instruments are now awaited.

The Ministers emphasised the importance of ratification by AU member states to enhance inclusiveness in preferential trade under the AfCFTA and therefore encourage members to ratify the Agreement.

Minister Patel said that since the last meeting of AMOT the world has changed dramatically, with a pandemic that has deeply affected lives, the economy and societies.

“The first is that social solidarity is critical in fighting the pandemic and the economic reconstruction that will need to follow. At the continental level, the Chairperson of the African Union President Cyril Ramaphosa and his colleagues have been coordinating responses to the health and economic challenges arising from the pandemic. Solidarity must be at the heart of our efforts to respond to the crisis,” he said in a statement on Sunday.

The second lesson to be learnt was that economic resilience is critical with the need for Africa to build up its industrial capabilities and trade and supply-chains between African countries.

“The recovery must focus on attracting increased investment into the productive sectors. Investment can be attracted to the continent based on the greater scale and size of markets unlocked by the AfCFTA,” he said.

Minister Patel outlined the key issues that African Ministers would need to address over the next six weeks, to prepare for an Extraordinary Summit of the African Union in December 2020, to enable the start of trading under the new agreement from 2021.

He pointed to the large levels of imports into the continent particularly of manufactured goods, which shows the size of the potential market for products made on the African continent.

Critical support issues that would need to be considered together with tariff reduction include the strengthening of national customs administrations to monitor the movement of goods, as well as investment in industrial capacity and infrastructure.

AMOT discussed the outstanding work on tariff and services offers as well as Rules of Origin.

The Ministers agreed on a succinct set of deliverables and a focussed work programme for the finalisation of the outstanding negotiations for adoption by Heads of State and Government at the 13th Extraordinary AU Summit on 5 December 2020.

“Each of us needs a strong Africa, an Africa that has deeper levels of industrialisation, more jobs for young people and greater wealth-creation. That is the goal. The African Continental Free Trade Area is the means. Effective implementation is the challenge we must address,” said Minister Patel. –SAnews.gov.za