Thanks to the heroes from Shark Spotters, a “humungous” amount of washed ashore fishing gear – which poses a threat to marine life – has been removed from Fishermen’s beach near Simonstown in South Africa. Western Cape photographer Robyn Gwilt was there to capture these photos… 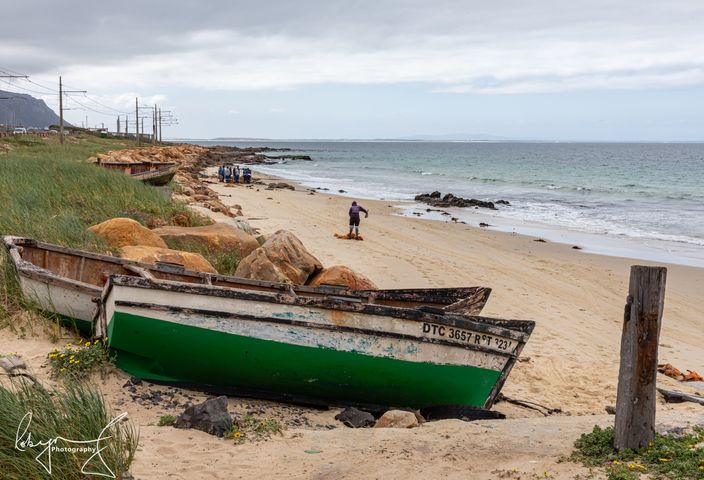 Robyn told SAPeople: “My husband and I saw the orange rope (from fishing boats) had washed up on Fishermen’s beach near Simonstown. He suggested we go and untangle and cut it free…. Well we were dreaming! It was SO heavy and SO entwined in kelp they actually needed a bulldozer! 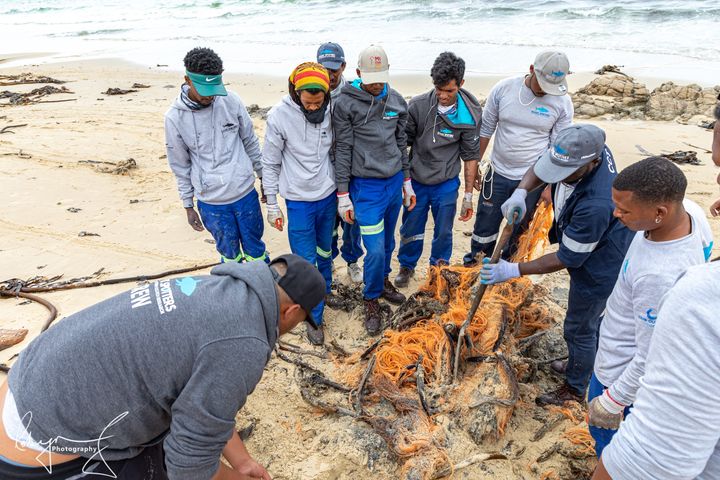 “We sheepishly put the knife/axe away and went and watched the Shark Spotters rehabilitation team that had been despatched to the task. They had been at it for some hours already, and it was a mammoth task! Well done to @SharkSpotters for cleaning up!” 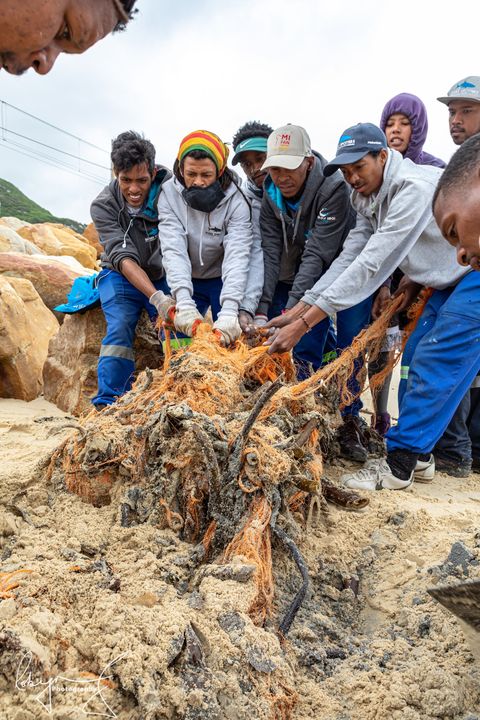 Shark Spotters explained this morning on Facebook that ‘ghost fishing gear’ is any discarded, lost or abandoned fishing gear that is left in the marine environment. 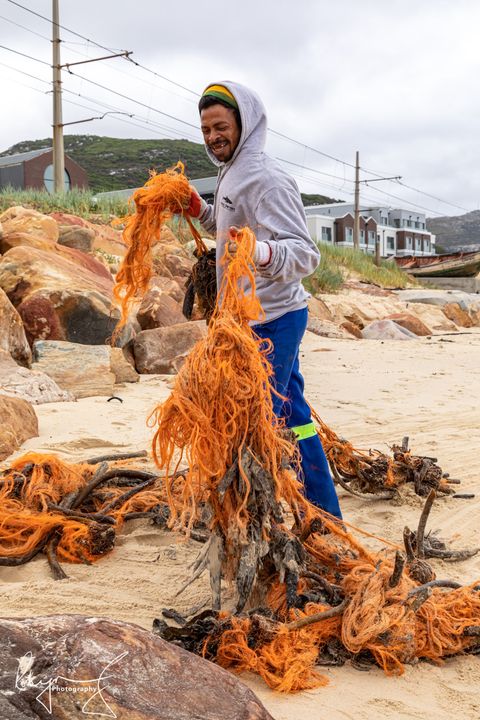 Shark Spotters said: “This gear continues to fish and trap animals, entangle and potentially kill marine life, smother habitat, and act as a hazard to navigation. According to National Oceanic and Atmospheric Administration (NOAA), derelict fishing gear, such as nets or traps and pots, is one of the main types of debris impacting the marine environment today. 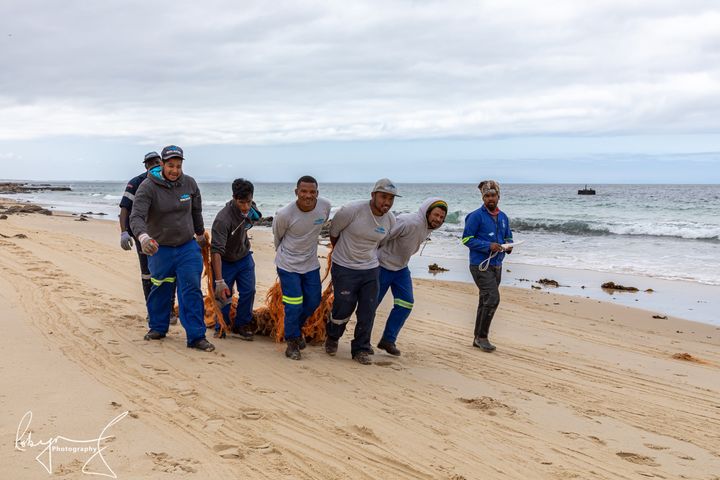 “It was hard work to remove the gear by hand from an area that is inaccessible to vehicles, but with a lot of elbow grease we were able to get it all off the beach. It was then taken to an appropriate waste disposal site to ensure it no longer poses a threat to the marine environment.” 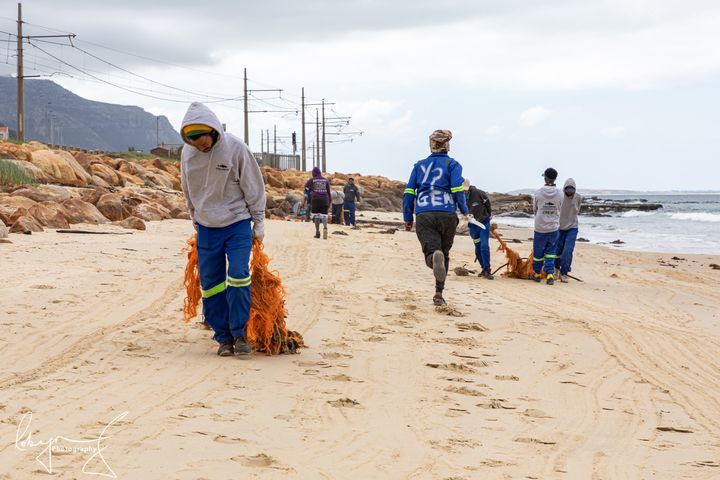 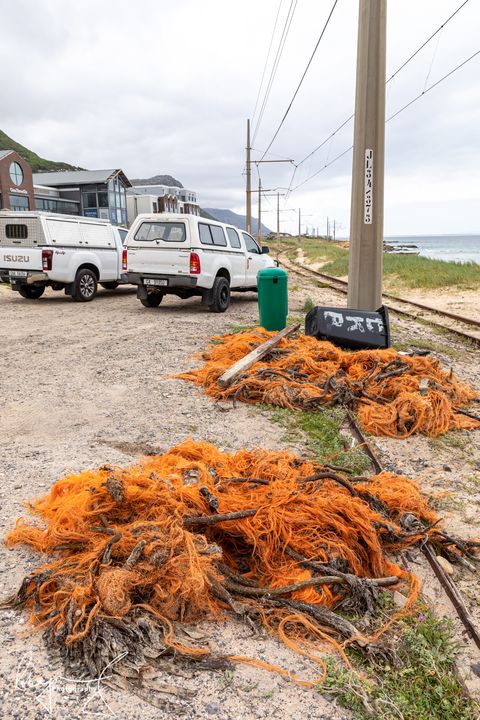