The Supreme Court of Appeal has ruled in favour of the DA being reinstated in the City of Tshwane, as voted for in the last election, and removing ‘unlawful’ ANC administrators.

Calling the unelected ANC administrator’s running of the City an “antithesis of democratic” governance, the Supreme Court of Appeal affirmed the original judgement by the Gauteng North High Court, stating:

“the running of the City of Tshwane by an unelected administrator is the very antithesis of democratic and accountable government for local communities, enshrined in s 152(1)(a) of the Constitution. The court’s order properly ensures that the councillors, duly elected by the citizens of Tshwane in 2016, are allowed to resume their rightful constitutional role, powers and responsibilities. The order gives effect to the rights of voters and preserves the autonomy of local government. It cannot be faulted.”

In welcoming the long-awaited judgment, DA Gauteng Provincial Chairperson Mike Moriarty said it was obvious from the court judgement that the ANC’s action to put the City of Tshwane under administration eight months ago was a “politically motivated power grab on the part of Gauteng Cooperative Governance MEC Lebogang Maile”.

Moriarty said the DA will ensure that Maile is “personally held to account for all legal costs, wasting tax payers money and the perilous state of chaos and mismanagement that the City of Tshwane is in today due to his and the ANC’s unlawful actions and the incompetence of the administrators he foisted on the City for all these months.

“For months residents of Tshwane have suffered, while Maile’s friends and ANC cadres collected exorbitant salaries.” 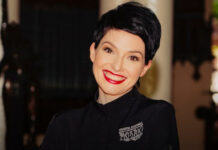