Vicky Sampson’s ‘My Afrikan Dream’ – from her multi-award winning Zai album – is still giving South Africans goosebumps over 25 years since it was first released in November 1995. In 2005, it was nominated for Song of the Decade Award… but it’s long outlasted that timeframe. My Afrikan Dream is an epic masterpiece, a song so big and so deep, it touches the core of South Africans everywhere… and the words are as relevant today, if not more so…  (see lyrics below).

“It gives me goosebumps every time I hear this song,” says SAPeople contributor Canita Domingo, in the Western Cape. “This is why many of us remain here.” Meanwhile, far away in the USA, an expat wrote on YouTube: “I am sitting here in my bed, in Florida USA and weeping because of this song at 1am. I have been gone from South Africa for 15 years and feel this deep emptiness in my being. I love the USA but my heart belongs in Africa…”

Vicky performed the song at the opening and closing ceremonies of the African Cup of Nations Football Competition, held in South Africa in 1996 (and won by Bafana Bafana). In the same year, the album (Zai) won four SAMAs including Best Pop album, Best Video, Best Female Artist and Best Director according to SAHistory.

The song My Afrikan Dream has since been covered by many others – including André Rieu & Kimmy Skota who performed it live in SA in 2010. The cover, which appears on his DVD André Rieu – My African Dream has been viewed over 2 million times on YouTube.

Watch former President Thabo Mbeki: I Am An Africa 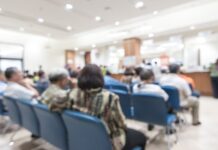