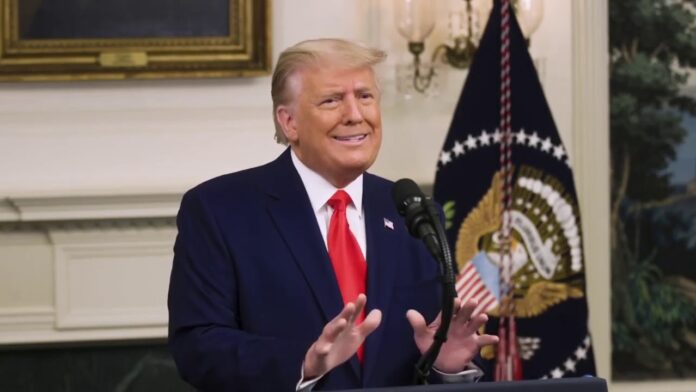 US President Donald Trump has released a 46-minute video statement in which he alleges “it’s statistically impossible that I lost”, and calls on the Supreme Court to overturn Joe Biden’s victory.

Using charts, the current US President continued to voice his allegations of voter fraud (despite his Attorney General and several judges throwing out his previous claims).

He claimed the election was “rigged” and that he knew his statement would be “demeaned and disparaged”.

Facebook posted a message from the Bipartisan Voting Centre below the video saying: “Both voting in person and voting by post have a long history of trustworthiness in the US. Voter fraud is extremely rare across voting methods.”

Within four hours, Trump’s video had already attracted over 1.4-million views on YouTube.

WATCH VIDEO: Donald Trump – “This may be the most important speech I’ve ever made…”