Generous South Africans have clubbed in to make a terminally ill young boy’s dream come true – to own a Playstation 5. And it’s just in time for his 12th birthday on 9 March.

Shaunie Pretorius, from Benoni, was sadly diagnosed with a rare, aggressive, and terminal type of brain cancer called Brainstem Glioma, in July 2020.

His uncle, Juandre Botha, decided to focus on all the things that spark joy for the young boy, and launched a crowdfunding campaign on BackaBuddy, to fulfil Shaunie’s dream of owning a Playstation 5.

“Sadly we do not know exactly how much time we have left with our little man, so we really want to make every single day as special and as comfortable as possible for him. As I’m sure anyone can imagine this battle is really hard on him but he’s a very strong-willed little fighter and we are so proud of him,” says Jaundre

With generous support, Shaunie’s campaign has already raised over R15 000, exceeding his fundraising target of R12 000, with contributions from 25 donors across the country.

At the beginning of lockdown, Shaunie was struggling with fatigue and constant vomiting. Thinking that his condition was perhaps brought on by school stress and adapting to online learning, his parents – Shaun and Bianca – took him to a number of doctors to see what was wrong.

Matters soon got worse when the antibiotics he was given did little to remedy his condition. Shaunie began struggling with his eyesight, had difficulty moving around and battled to communicate.

To determine the cause of Shaunie’s rapid decline, he was taken for a CT scan at Linmed Hospital in Johannesburg. The heartbreaking results of the x-ray determined that Shaunie has a cancerous tumour in his brain stem, a fatal condition known as Brainstem Glioma, which has a median survival rate of only 9 months.

With doctors unable to operate on Shaunie, he underwent 12 aggressive Radiation Therapy sessions to shrink his tumour and alleviate some of his pain.

To shelter Shaunie from the severity of his condition, his parents haven’t told him that his tumour is cancerous, but he understands why he has begun losing his hair and that he is unwell.

“Hearing that your child, who has always been perfectly healthy, is fighting a deadly disease and only has a few months left to live is devastating. We don’t know how to tell Shaunie that he is dying. We still have hope that God will hear our prayers and that he will make it through,” says Shaunie’s mom, Bianca. 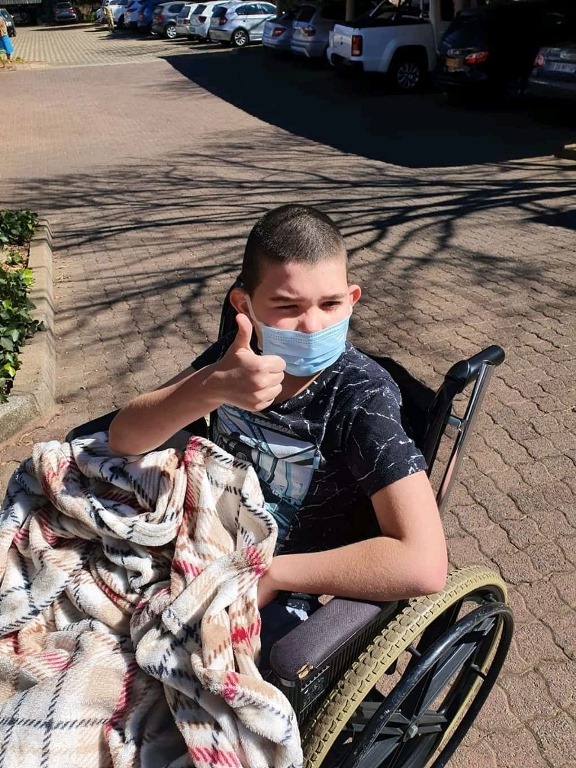 As there is no cure for Shaunie’s condition, he is currently being treated symptomatically with cannabis oil and steroids to help the swelling on his brain and increase his appetite.

As only 1% of children diagnosed with Brainstem Glioma live up to 5 years, the Pretorius family are focused on keeping Shaunie as healthy, as pain-free and as comfortable as possible so he can enjoy the time he has left with his parents and his little brother, Mattie (3).