Showmax just dropped the trailer for Tali’s Baby Diary, the long-awaited sequel to Tali’s Wedding Diary. Watch the video at the bottom of this page.

In the hilarious mockumentary, an unexpected pregnancy forces Tali (Julia Anastasopoulos, aka SuzelleDIY) into a desperate pivot from Insta-influencer to wholesome momfluencer, as Darren (Anton Taylor) and Rael (Glen Biderman-Pam) navigate the choppy waters of the Cape Town property game. But as the nine-month clock ticks down, Tali and the boys are forced to face the bigger questions about life, love and parenthood.

The first ever Showmax Original, Tali’s Wedding Diary set a (then) record for the most first-day views on Showmax and was the most awarded comedy at the 2019 SAFTAs, taking home five prizes, including Best Comedy.

“Season 2 is definitely weirder and wilder than Season 1,” says Julia, who is married to co-creator Ari Kruger, the winner of Best Director at the SAFTAs for Tali’s Wedding Diary. ”I joke about the fact that I’m glad that we got married before having a baby because the wedding just becomes so obsolete – it’s so distant in my memory, I can’t believe it was such a big thing in my life. It was just twenty-four hours, and having a baby is a totally different ball game.” 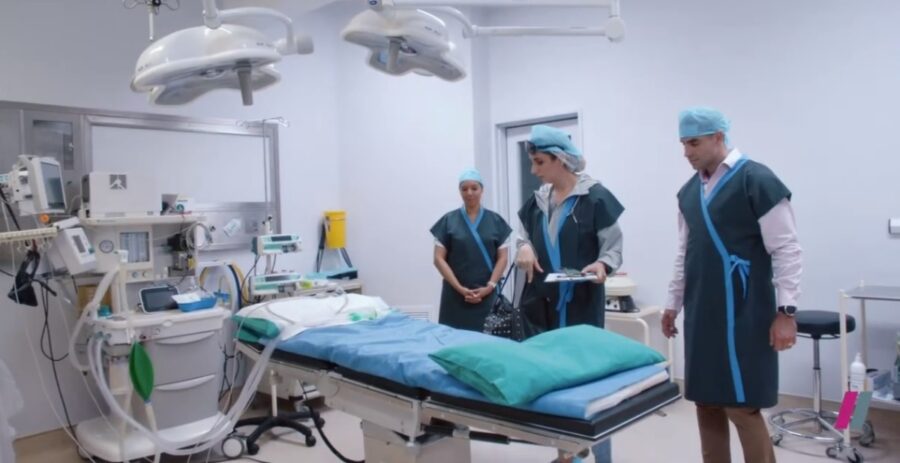 “The biggest takeaway for me becoming a parent was that it is not the way it’s portrayed on social media,” says Julia, who won the SAFTA for Best Actress in a Comedy for her role in Tali’s Wedding Diary. “You’re expecting this very perfect experience, and then you wonder why, why didn’t anyone tell me about this? It’s not as glamorous as it’s made out to be. Seeing Tali grapple with that is part of the comedy that we wanted to bring to the show. Hopefully, people can relate, even though Tali is not like the rest of us – she’s very heightened.”

Having a baby was always going to feed Tali’s crazy. “I mean, it fed my crazy,” Julia laughs.

Exhibit A: earlier this week, Showmax released their first clip from Tali’s Baby Diary, which shows Tali scoping out potential maternity wards and being just as hard to please as she was with wedding venues in Season 1.

The new two-minute trailer gives fans a glimpse of all their Season 1 favourites, including Lara Toselli (Chin Up, Swaaibraai, A Boere-Krismis) as Tali’s frenemy Gabi; two-time Fleur du Cap winner Guy De Lancey (Troy: Fall Of A City, The Pervert Laura) as her dad, Les; and Fleur du Cap Best Actress winner and SAFTA nominee Kate Normington (Those Who Can’t) as her mom, Michelle, who is about to have a midlife crisis at the thought of becoming a grandmother.

Produced by Sketchbook Studios, Tali’s Baby Diary premieres with the first four episodes on 26 February, with the final six episodes due on 12 March 2021, first and only on Showmax. It’s perfectly timed for all us South Africans in desperate need of a way to laugh rather than cry.

“As a new mom, you often have to resort to your sense of humour to make it through the day,” says Julia – something that’s probably true for all of us at the moment, caught as we are between the pandemic and the power cuts. “As South Africans, we’re so good at laughing at ourselves, and I think there’s a little bit of Tali Babes in all of us.”

While you wait, rewatch Tali’s Wedding Diary on Showmax here.