South Africa’s COVID-19 death toll has increased by 163 deaths on Thursday, which brings the tally to 52 535 since the outbreak.

According to Health Minister, Dr Zweli Mkhize, 71 fatalities occurred in Limpopo, 37 in the North West, 24 in Gauteng and 16 in the Northern Cape. 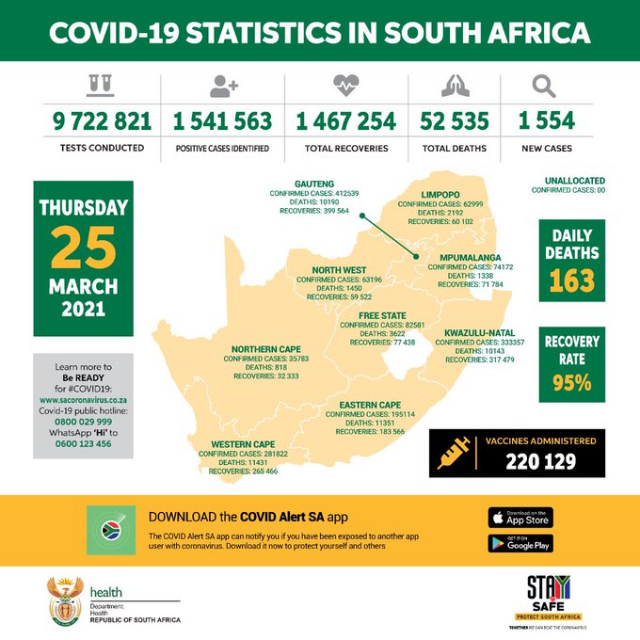 Three provinces recorded single-digit deaths, nine of which were in the Free State, five in KwaZulu-Natal and one in the Western Cape.

“We convey our condolences to the loved ones of the departed and thank the healthcare workers who treated the deceased,” said Mkhize.

Also, the country now has 1 541 563 cumulative cases after 1 554 people were confirmed to have contracted the virus in the last 24 hours.

Meanwhile, the number of vaccinated healthcare has risen to 220 129 as of 24 March.

In addition, 431 895 992 vaccine doses have been administered since Wednesday. – SAnews.gov.za