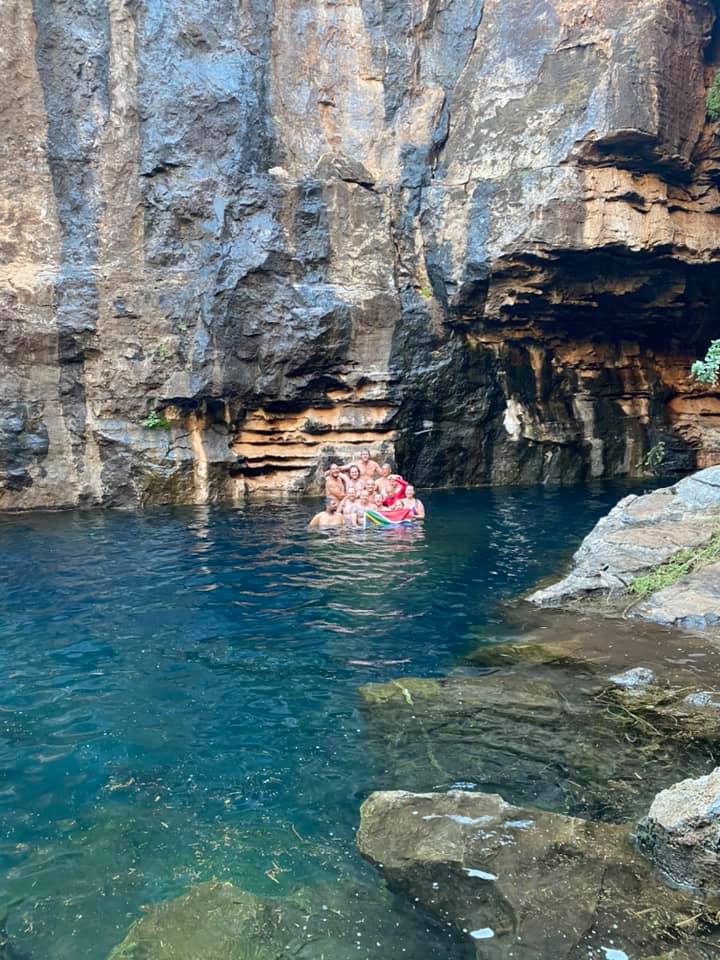 Karen said afterwards: “This was a dive that I have been working towards for a long time. It was a challenging dive. You train not for the dives that go well but for when things don’t go well. I decided to turn at 236 meters/774 feet, as my intuition told me that this was where I needed to stop.” 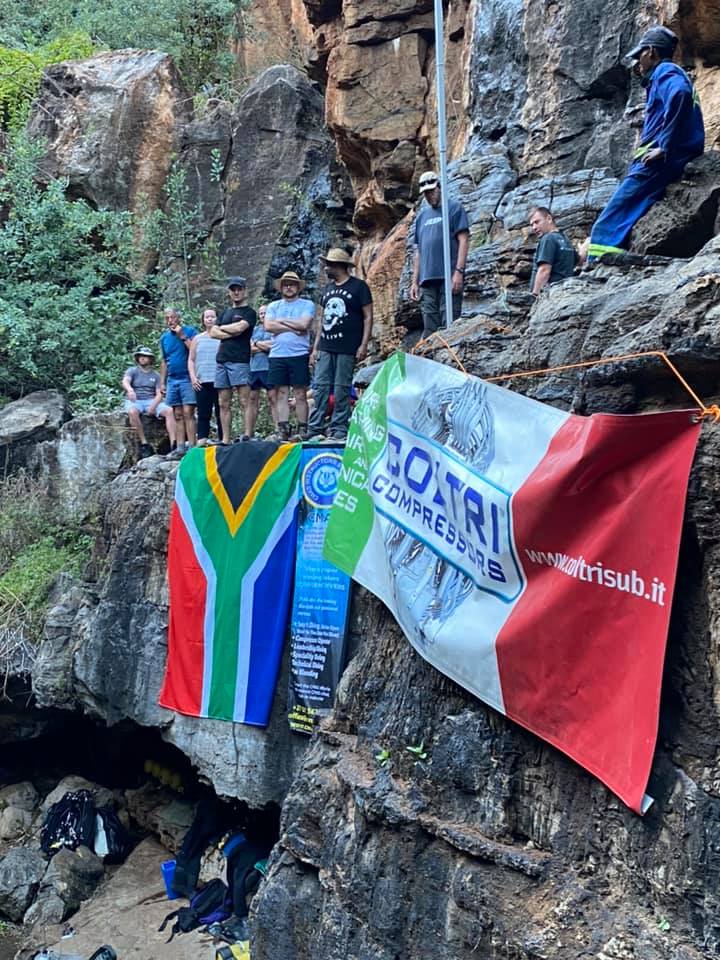 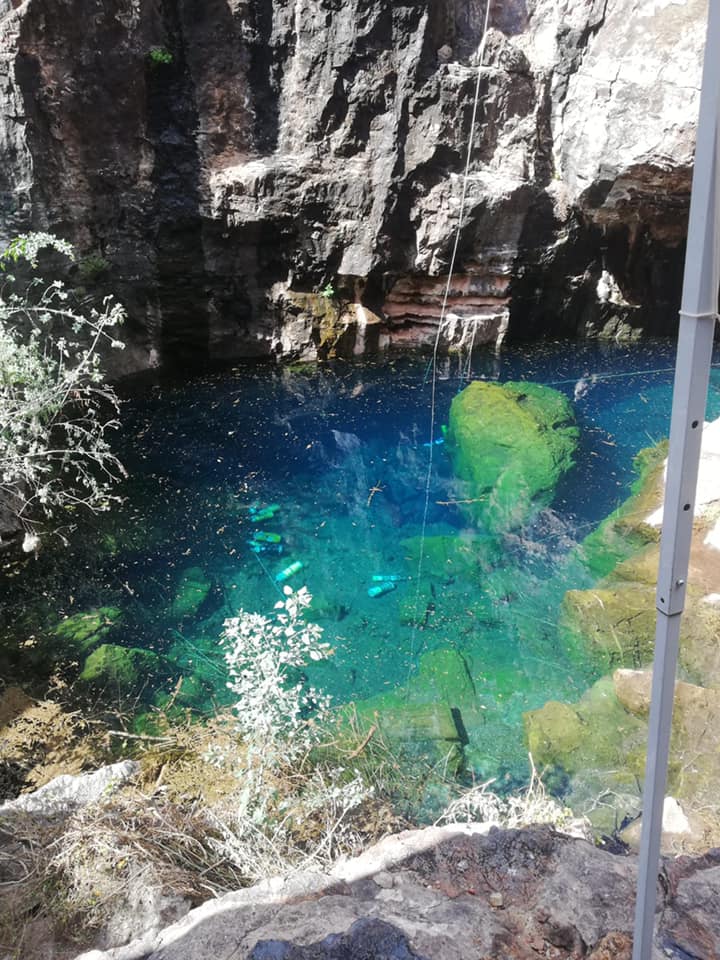 As with all great accomplishments, it was teamwork that made it possible.

On Facebook, Karen paid tribute to all in her team who made this record possible, and congratulated other members of the Boesmansgat Expedition 2021 who completed dives of 100m, 150m and 203m.

Karen said: “It was hard work but absolutely worth it.”

The team behind the champion

To those who helped her achieve her world-record-breaking goal, Karen thanked “Francois the master blender for blending all the gases and for never letting me give up when times got tough, Michael for ensuring we had a recompression chamber on site, DAN for all their support, Steve Moller from Coltri Compressors South Africa for providing the compressor and all the fills and to all the divers and support team what a great team – Peter Reid 200m, Don Hauman and Michael Partridge – 110m, Atish Dayal and Jakob Iten – 60m, Francois Bain and Joseph Birtles – 30m, Hani Labuschagne Williams and Louis Henrico – 18m, Surface support Jan Vorster, Rudi Wagner, Quintin Van Der Walt and Chase Kaplan.” 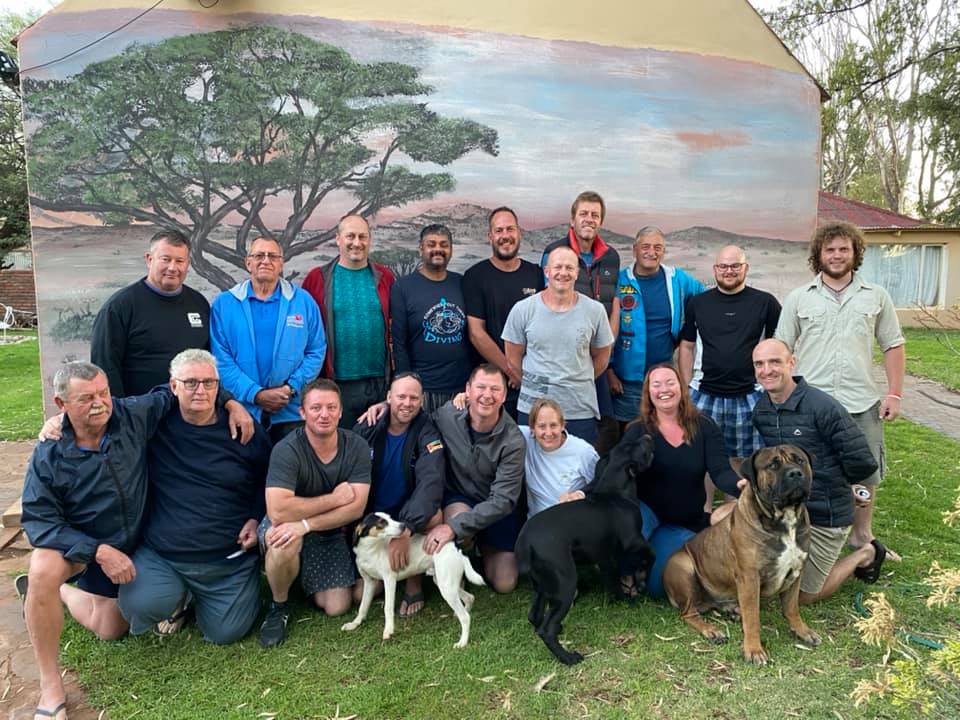 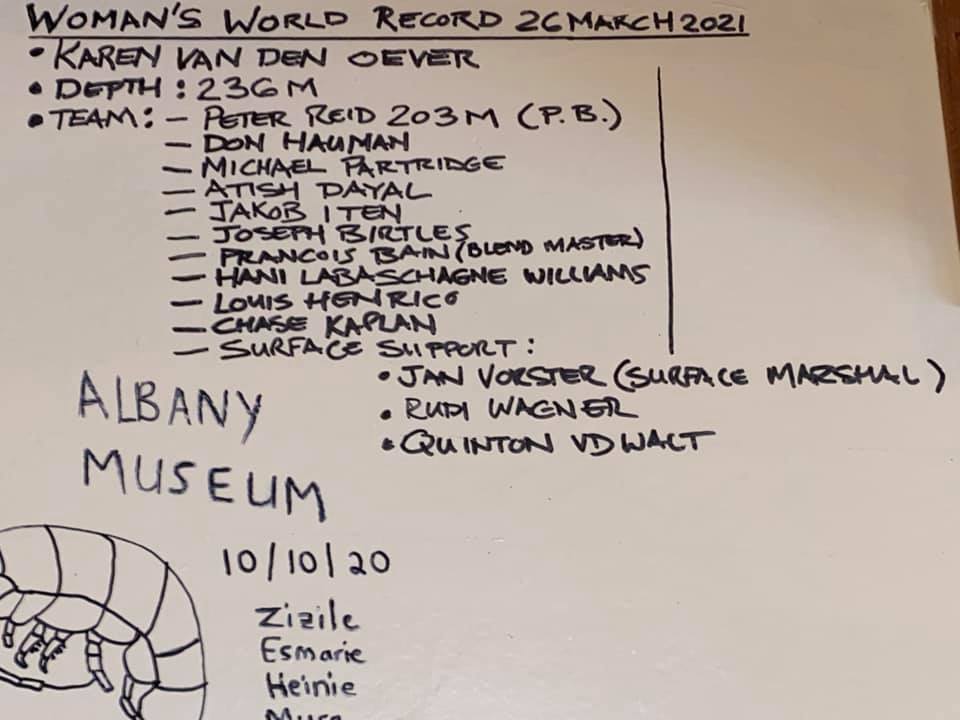