An American tourist’s dream holiday in South Africa began with that sinking feeling when he parked his rental car on a harbour jetty in Hermanus… and left the handbrake off!

The middle-aged man was starting a nine-month trip travelling through Africa and had returned to a diving school a few days ago to pick up his wetsuit and equipment.

But when he pulled up at the beautiful coastal resort town in the Western Province, he made the most basic of errors when he parked his Hyundai facing the sea.

The tourist jumped out of his car and walked up the steps to the offices of Neptune’s Divers and Cruises, not realising he had not put the handbrake on properly.

And as this CCTV shows he sprints back as he sees his hire car – with everything he owns for his dream trip, including cameras and computers – on the move. 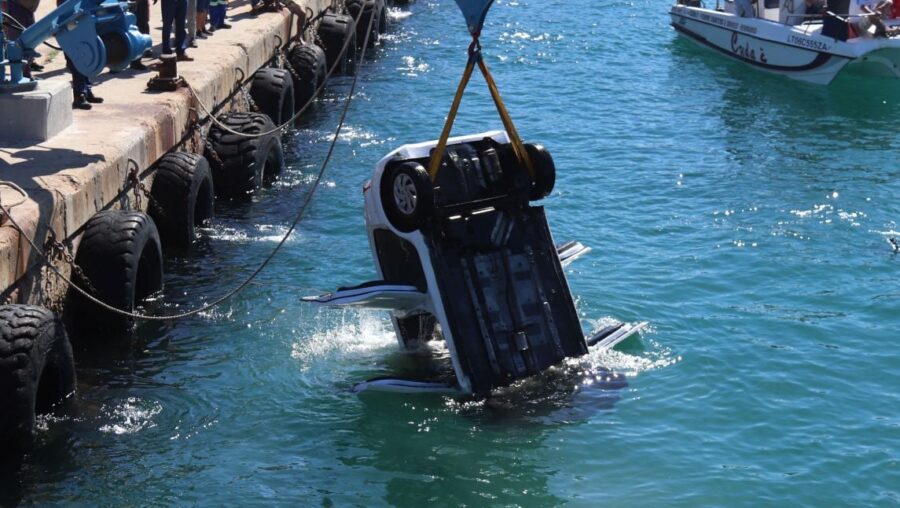 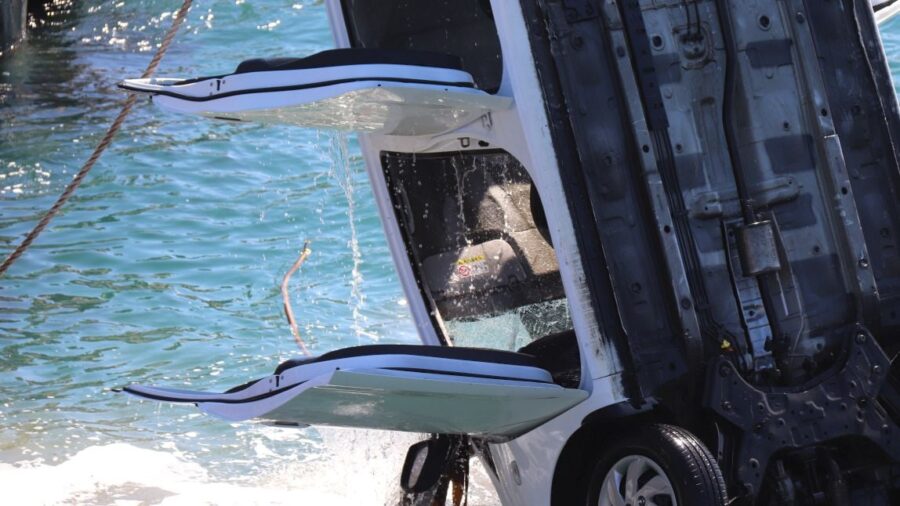 Then the Hyundai i10 somersaults bonnet first onto its roof into the Indian Ocean off the harbour at the world-famous whale viewing resort – and SINKS!

Neptune’s divemaster Makayla Mohr, 28, donned her wetsuit and oxygen tanks and went down to retrieve the US tourist’s bags and possessions.

She said: “The poor man was at the start of a 9-month tour of Africa and everything he had was in the boot of his car which was now sitting on the seabed.

“He had dived with us the day before and had left his kit with us to dry out and had turned up to pick it up and pack it away so he could continue his journey.

“I suppose luckily his car went for a swim right under our crane, so once the hire car insurance company gave us permission we could pull the car back out. 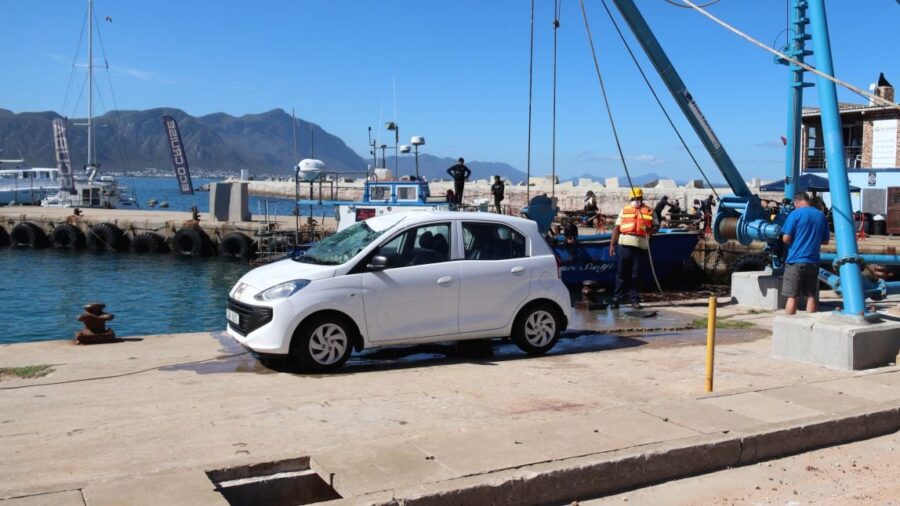 “But by then all of his camera equipment and laptops and electrical gear had been underwater for some five to six hours along with everything else he owned. 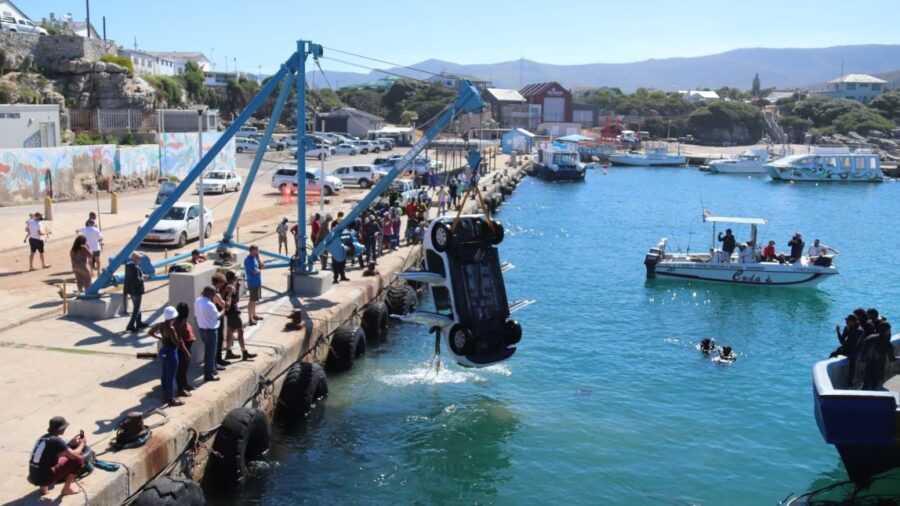 “It is fair to say he was not happy but he took it as well as could be expected. It was not the best of starts to the 9-month dream holiday that he had planned,” she said.

Makayla said it took their divers and the crane operators 45 minutes to attach the cables and pull the hire car from its watery grave – the third car they have pulled out.

She added: “He has been given a new hire car and is back off on his travels – albeit a little soggy, and he will probably have to replace his laptop and camera equipment.”

Hermanus is one of the most famous spots in South Africa for viewing the Southern Right whale from the cliffs and beaches where they return every year to give birth to their young.