It’s been three and a half years since the epic crash of retailing giant Steinhoff – the biggest corporate scandal in South Africa’s history… which wiped more than R200 billion off the Johannesburg Stock Exchange.

The company has admitted unlawful conduct, yet there have been no charges and no prosecutions. Currently, Steinhoff faces about 90 separate legal proceedings in claims that exceed R136 billion.

Steinhoff has proposed a global settlement agreement, but some claimants are unhappy with it and are taking their battles to court. In the latest application, the founders of Tekkie Town want to liquidate the retailing giant in the hope of restoring some of what they have lost.

“We’re swamped by State Capture exposés showing how billions have been drained from state coffers. But is big business in SA setting a good example? When the Steinhoff scandal exploded in 2017, around R21 billion in public funds were squandered. So far, no arrests have been made in the biggest corporate fraud case in South African history. Now, the battle for payouts begins. Could David beat Goliath and hold the kingpins accountable?”

You can watch the show on Sunday 6 June in South Africa on DStv Now or stream it overseas in most countries from Tues 08 June if you’re abroad. (Producer: Joy Summers | Researcher: Tony Beamish)

Three and a half years after the country’s biggest corporate crash exposed retailing giant #Steinhoff as a fraudulent house of cards, the battle for fair compensation now goes to court. @DerekWatts reports this Sunday 7pm on #CarteBlanche @MNet channel 101. pic.twitter.com/9O8VjfamJV

Also coming up on Carte Blanche this Sunday 6 June 2021

Do you own a firearm to defend yourself? The publication of the Draft Firearms Control Amendment Bill has been met with a social media firestorm and swift public outcry aimed at the Minister of Police, Bheki Cele. One of the most contentious proposals it contains, is that firearm owners will no longer be able to apply for a gun licence on the basis of self-defence. The bill makes it clear that government wants to reduce the number of firearms in circulation as part of its efforts to curb violent crime. Would it help, for instance, to protect women who live in fear of gender-based violence if the proposal succeeds? The government maintains the proposal is based on solid research and emotions run high on both sides. Carte Blanche investigates the hotly contested topic.(Producer: Graham Coetzer | Presenter: Bongani Bingwa)

On the Mpumalanga Highveld, a silent war erupts every night as the community fights livestock theft and crime that has been spiralling out of control over the last few years. In April, a group of farmworkers protested – ostensibly for employment – at the entrance of the farm Pampoenkraal near Piet Retief. Two brothers, Mgcini and Zenzele Coka, joined the protest. When a scuffle between the protesters and a group of farmers broke out, the Coka brothers were killed and led to the arrest of four farmers and a farmworker who was released on bail three weeks later. At the end of May, another farmer and his entire farm management team were arrested on charges of murder. Court proceedings have been marked by crowds gathering outside. Carte Blanche investigates the underlying issues that led to the clash and asks: what lies behind the tensions that finally spilled over? (Producer: Anina Peens | Presenter: Macfarlane Moleli)

Tensions in the farming community near #Mkhondo, Mpumalanga have been rising and exploded in April. @macmoleli investigates the underlying issues that led to the clash on the farm #Pampoenkraal this coming Sunday at 7pm on @MNet @DStv channel 101. #LivestockTheft pic.twitter.com/attwKIsvHq

The Future of Work 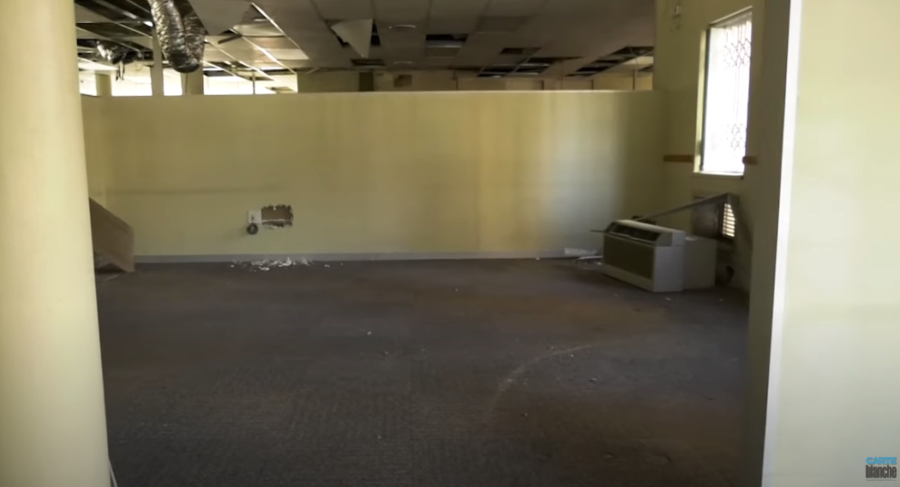 Across the world, COVID-19 lockdowns coincided with an explosion in the use of versatile digital communications technology, as people were forced to work from home. Some trend analysts now say remote work will become the norm and forever change the workplace. City centres globally are suffering from the so-called office wasteland effect with millions of square metres of office space standing empty – and South Africa is no different with the country now having the largest vacancy rates in history. What will become of the millions of empty square metres of office space? Voted one of the Best Places For Remote Working in 2021, Cape Town is positioning itself as the ideal workstation destination in the post-pandemic world of work – could this revive the tourism industry? Carte Blanche encounters out-of-the-box thinking that’s bringing life back to dying spaces as we examine the life of the new post-pandemic digital nomad.  (Producer: Diana Lucas | Presenter: Derek Watts)

Across the world, #COVID19 lockdowns coincided with an explosion in the use of versatile digital communications technology that is set to forever change the way we work. @DerekWatts looks toward the future this Sunday 7pm on #CarteBlanche @MNet channel 101. #WorkFromHome pic.twitter.com/zHwDr1IgkN