With a 25-run victory over the West Indies in Grenada on Saturday, South Africa has won the Twenty20 International series. Cricket South Africa (CSA) today shared some photos of the series-clinching performance. 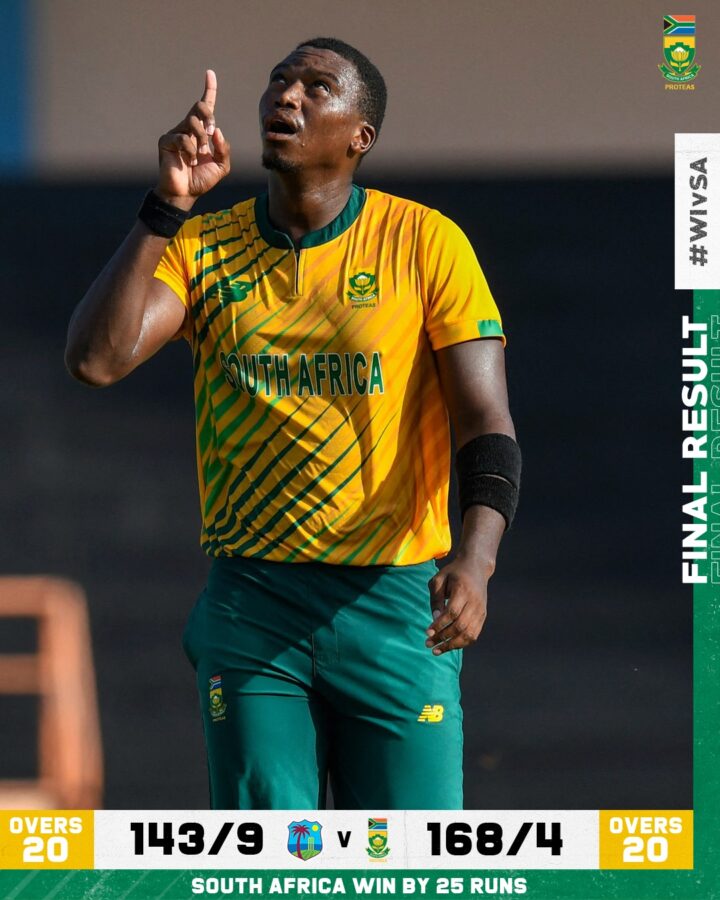 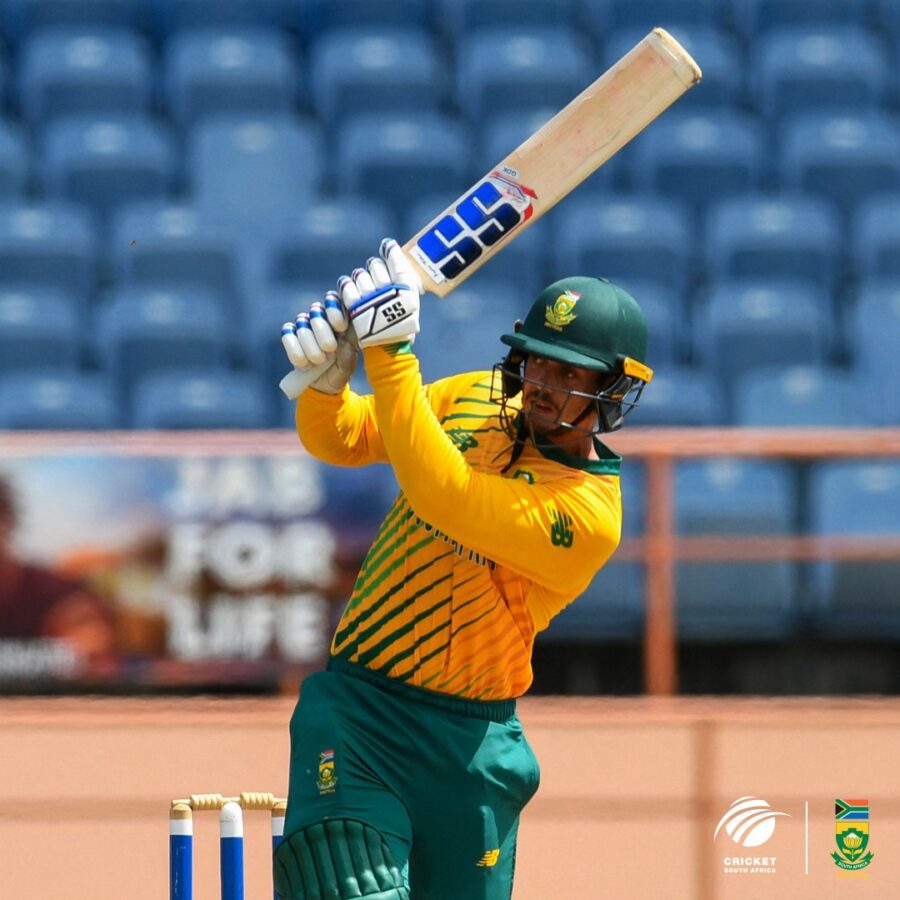 CSA said of the match at the National Cricket Stadium: “Lungi Ngidi (3/32) was the pick of the bowlers, complimented by a solid fielding display, to see the #Proteas claim the T20I series as we defended 168.”

Ngidi saved his best performance of the series for the last match. 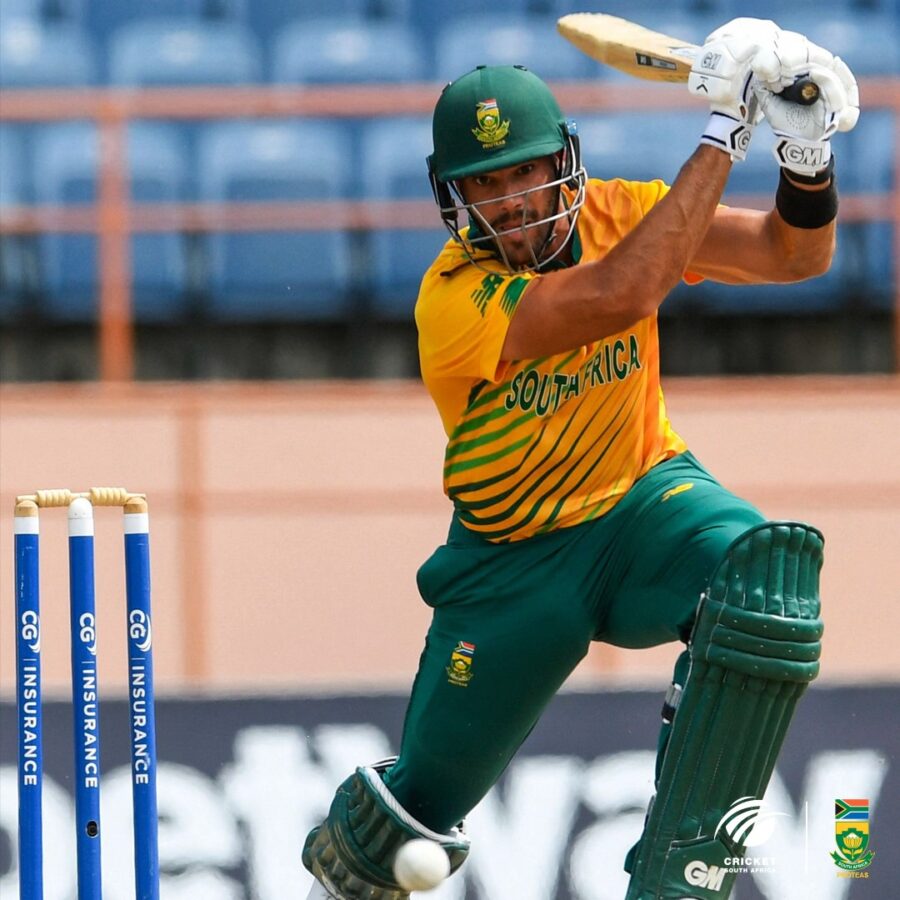 Reuters praised left-arm wrist spinner Shamsi for being at his ‘miserly best’ on Saturday, and observed he has been “excellent in all five games, conceding just 80 runs at an economy rate of four per over against a powerful home batting line-up at the small venue in St George’s”. 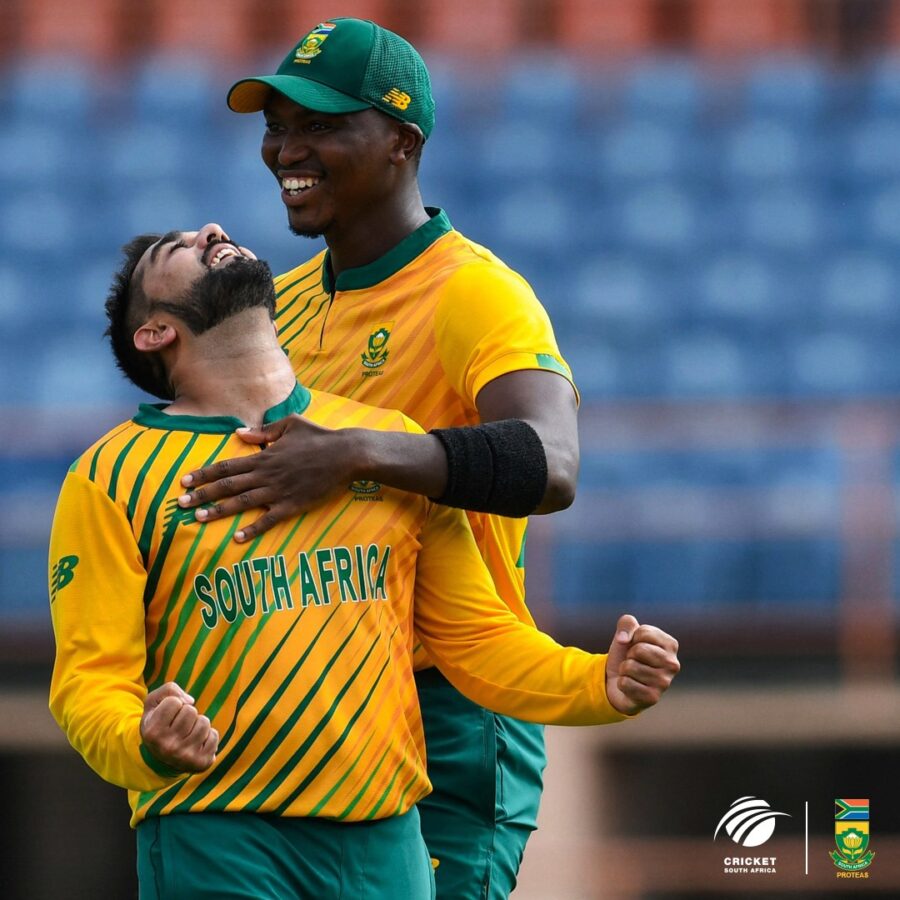