The City of Cape Town’s Alderman James Vos has welcomed Belgium’s decision to upgrade its post in Cape Town, saying this “shows their commitment to our city and provides a clear path towards stronger relations with a key European partner”.

Alderman Vos was recently joined by the newly-appointed Belgian Consul General Mathias Bogaert at an event for a South African engineering group that recently opened a new base in Belgium.

Consul General Bogaert’s appointment follows his country’s decision to upgrade their Cape Town consulate to a Consulate General, making it a full diplomatic post that provides a significantly wider variety of services.

The bigger diplomatic post means that the office now provides a full range of services, including that of an economic imperative.

“The upgrading of Belgium’s diplomatic function in Cape Town demonstrates how the international community sees the economic and investment potential of the City,” said Consul General Bogaert. 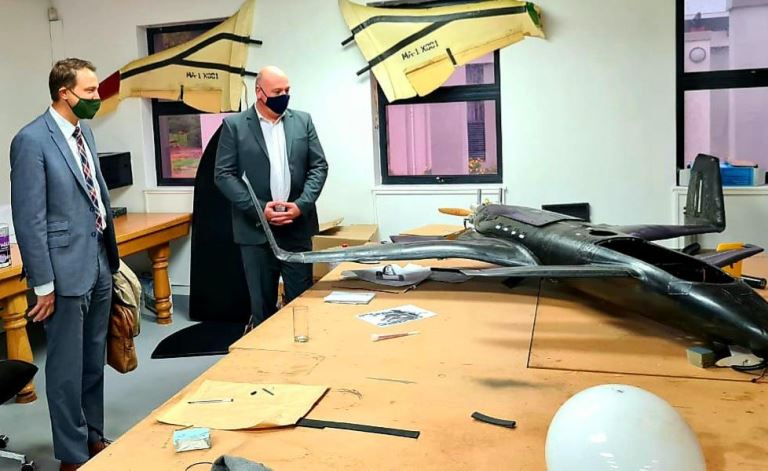 The Consul General and Alderman Vos conducted a site visit to Simera, a collective of engineering and product development companies. Skilled in the development of optical payloads – high-performance satellite cameras that are key to global information databases.

Alderman Vos said the company’s expansion both at home and abroad (Simera has opened an office in the Belgian city of Leuven) was proof of the trade and investment possibilities that would be a jobs and economic boon for Cape Town.

“The Belgian capital of Brussels also serves as the capital of the European Union, South Africa’s biggest trade partner in 2019, so this is an opportune partnership to build on. The City’s Enterprise and Investment Department and I are constantly engaging with industry stakeholders and looking to find investment opportunities that will create jobs and boost Cape Town’s economy. As such, we stand ready to help facilitate investments and expansions of future-focused brands such as Simera,” said Alderman Vos.

The City has also begun the process of making a city-to-city sister agreement with the Belgian city of Antwerp.

“I look forward to working closely with Consul General Bogaert for the mutual benefit of Cape Town and our two great countries,” said Alderman Vos.