They are being distributed to those most affected by the recent unrest and looting, including a number of ECD centres, schools as well as victims suffering loss due to fire. The parcels sustain a typical family-of-four for approximately two weeks. Andra Nel, CSI Manager at KFC South Africa says:

“This is an evolving situation, the unprecedented scale of which has required us to scale our efforts by the week as much as possible to meet the need on the ground. The entire KFC family is pulling together to help rebuild the most-affected communities.”

What is causing the chronic hunger in parts of KZN and Gauteng, South Africa?

The confluence of the following three events have placed many already hungry families in a truly dire position:

HOPE worldwide South Africa’s Dr Marc Aguirre said that food insecurity in the months to come is now a very real reality for many especially for those who live below the poverty line.

“South Africa has been facing a food security crisis long before the recent unrest, but now every dimension of food security has been negatively impacted by recent events – access, affordability, nutrition and stability and the impact can be clearly seen in the hardest hit areas.”

The two million meals so far pledged are being distributed daily and will be in addition to our regular outreach, says Nel. 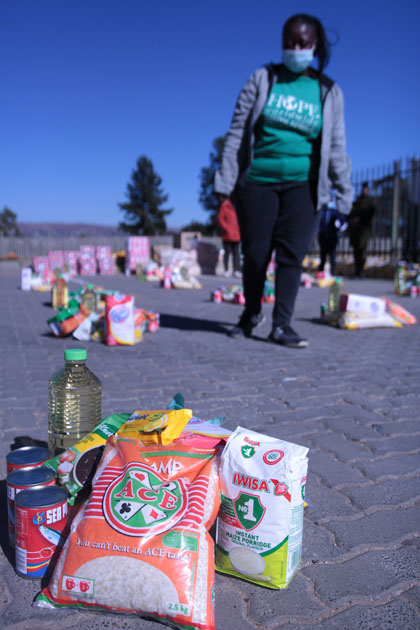 Started in 2009, the KFC Add Hope initiative – to which South Africans are able to easily donate each time they buy a meal – provides over 30 million meals per year to over 150,000 children daily and supports more than 140 different NPOs.

“We are of course only one of many brands acting in collaboration with government, other corporates, NPOs and communities to rebuild communities in their time of greatest need. Feeding schemes, which were vitally important even prior to lockdown and unrest, have become that much more critical. However, the need for food security is increasingly pressing.”