An incredible series of photos taken at Augrabies Falls in the Northern Cape, South Africa, on Friday (7 Jan) have captured the sheer intensity of the cascading waterfall and the magnitude of man against nature. The photos were taken by Upington Town and Regional Planner LEN FOURIE, a regular visitor to the Falls who loves his province and the Kalahari with a passion that’s as palpable as the spray from the falls. 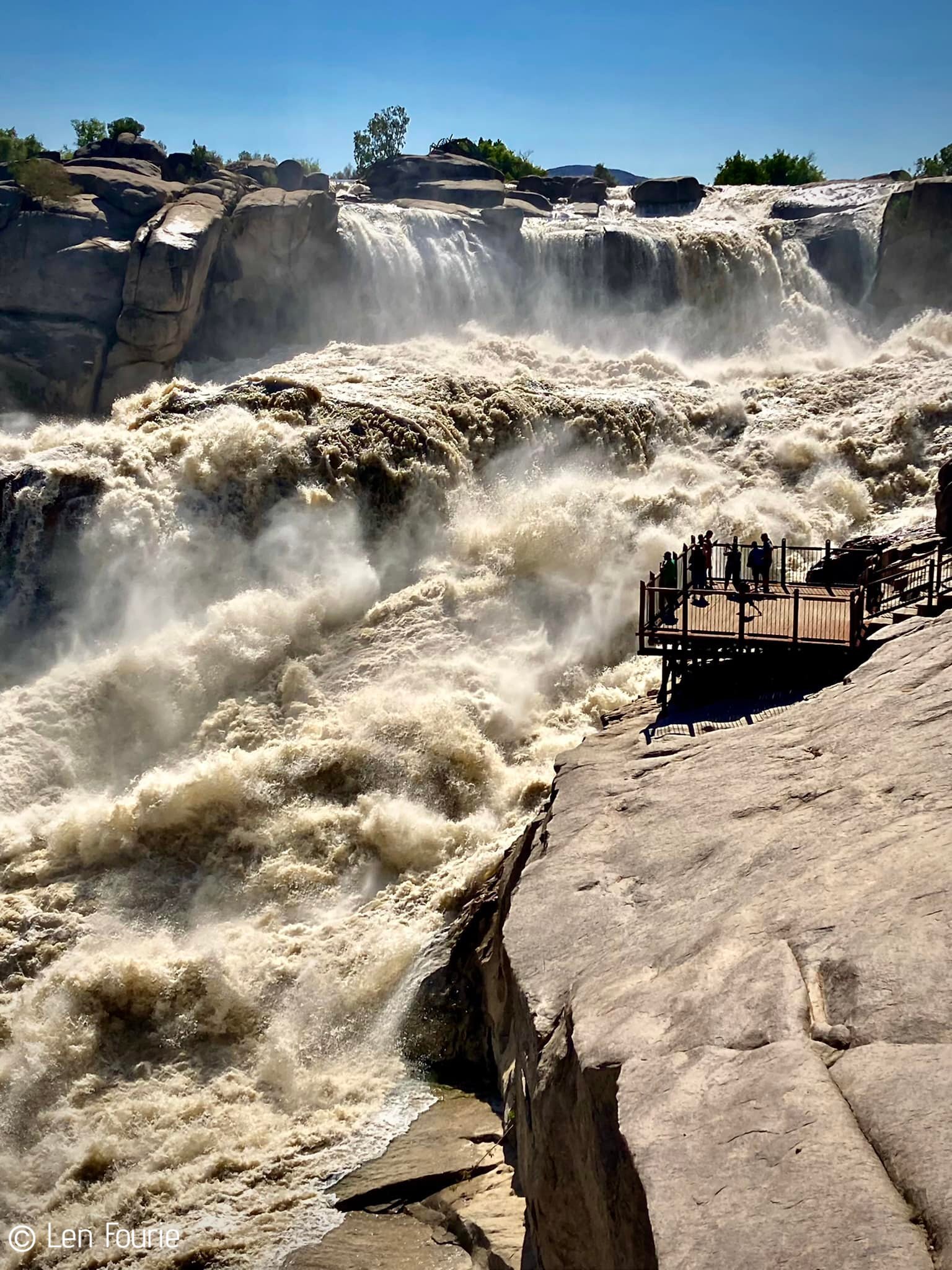 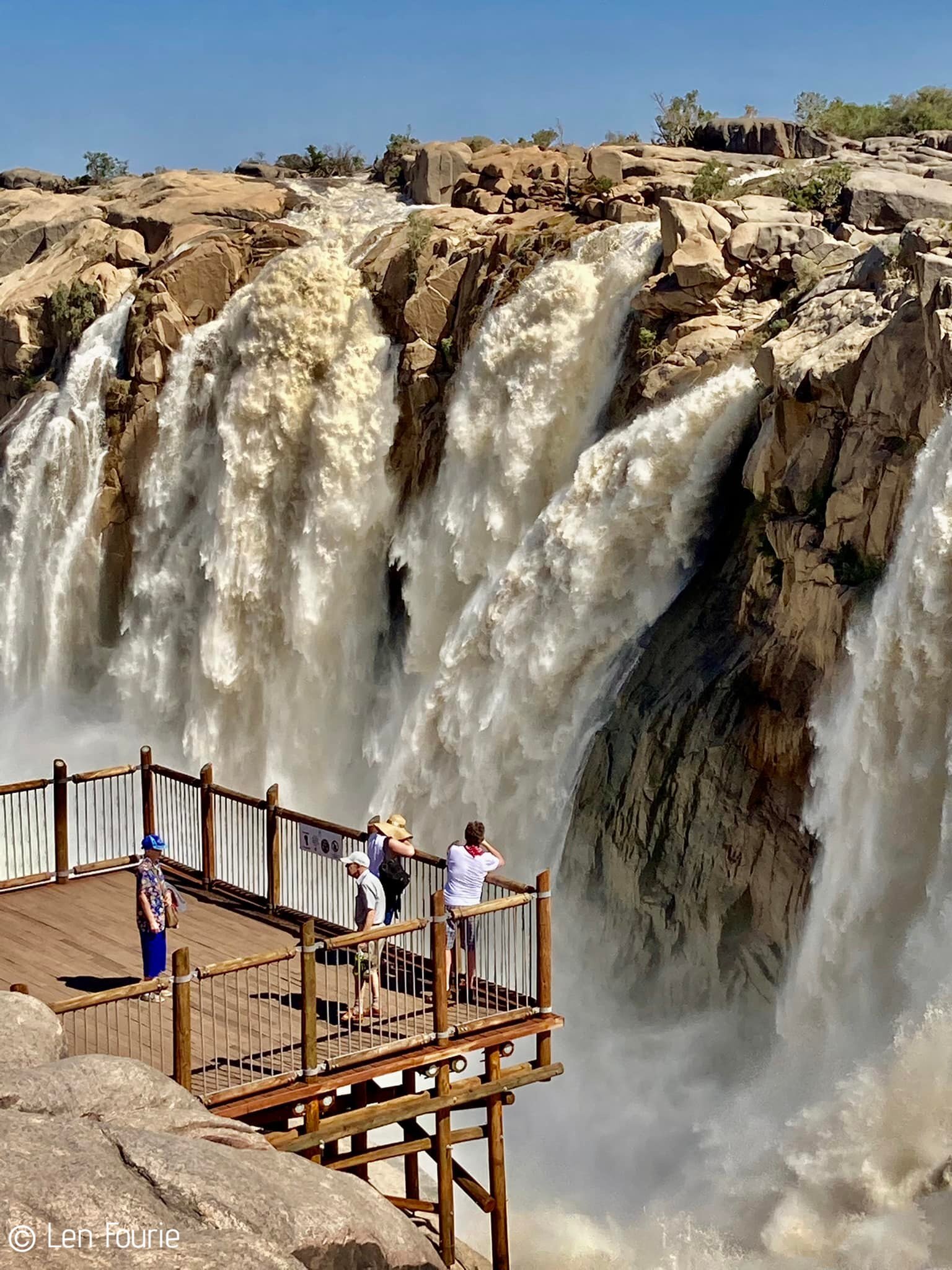 “The Northern Cape is a very special place and can be harsh, beautiful, spectacular, cold and hot, and thus challenges everything in the human body,” he says.

On Friday’s visit, Len decided to “capture the scale of man against nature, rather than just the spectacle of the falls” which has already been so beautifully depicted by other photographers.

“How small is man?” Len wrote on social media, sharing his breathtaking photos that “put us in perspective”. He said: “If you stand there and experience the spectacle, then you feel small, humble and in truth nullified.” 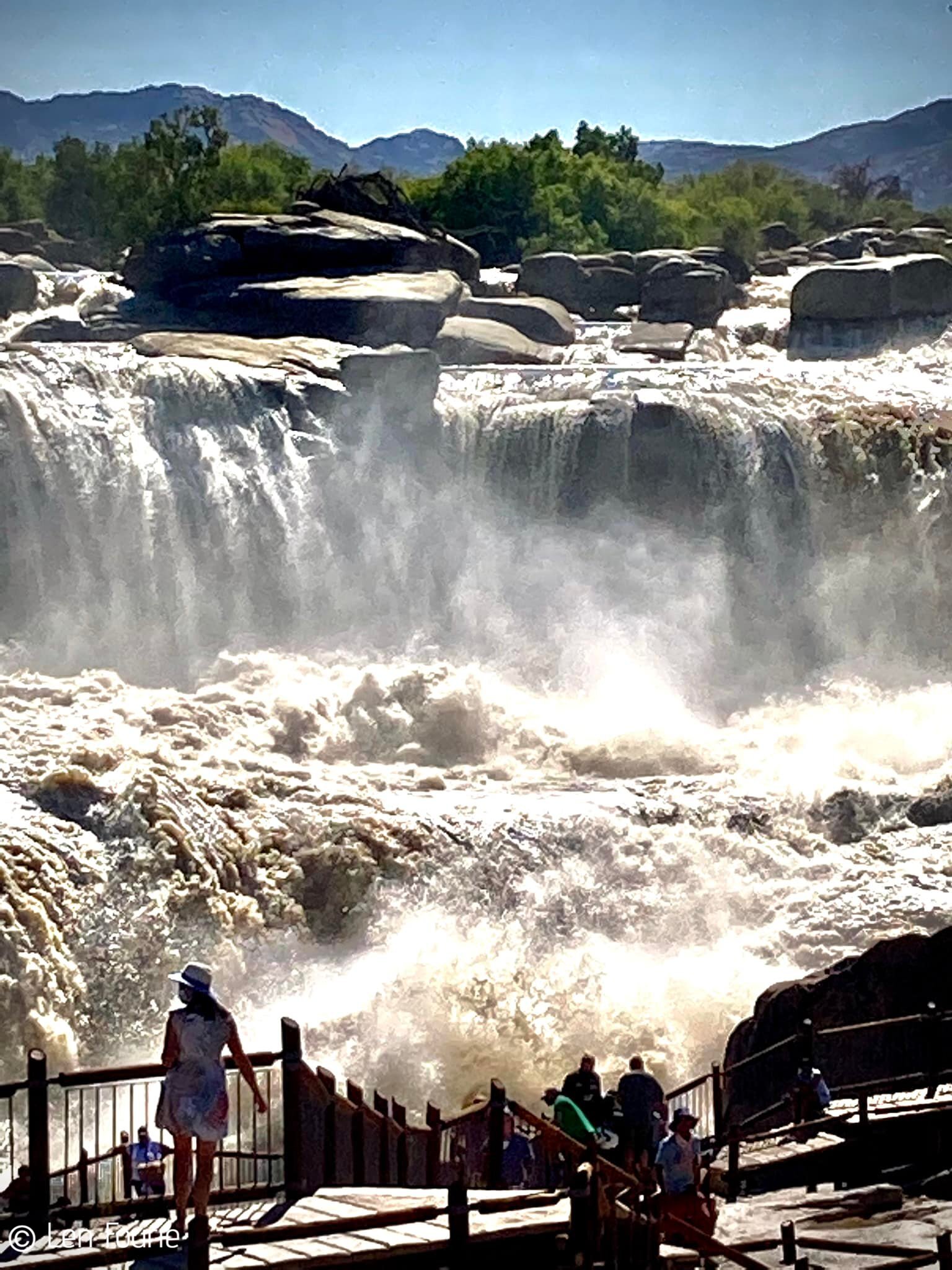 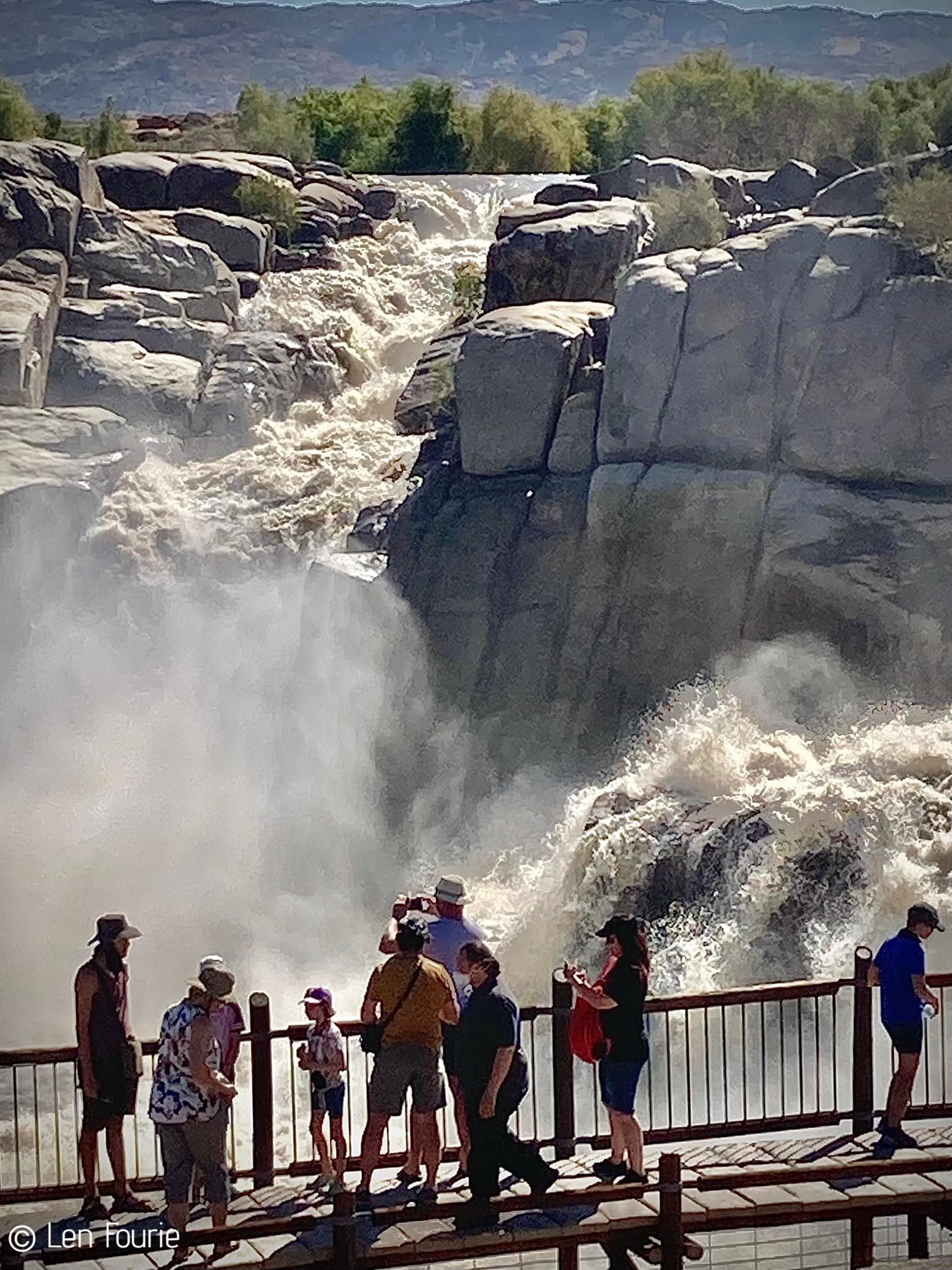 The Khoi people call it ‘Aukoerebis’ which means Place of Great Noise. It’s where – as SANParks says – this “powerful flow of water is unleashed from rocky surroundings characterised by the 18km abyss of the Orange River Gorge”.

As Head Town Planner at Macroplan, where he’s worked since 1997, Len studies the dams and amount of water discharged very closely, and so he knows when it’s likely to be at its highest and most spectacular. 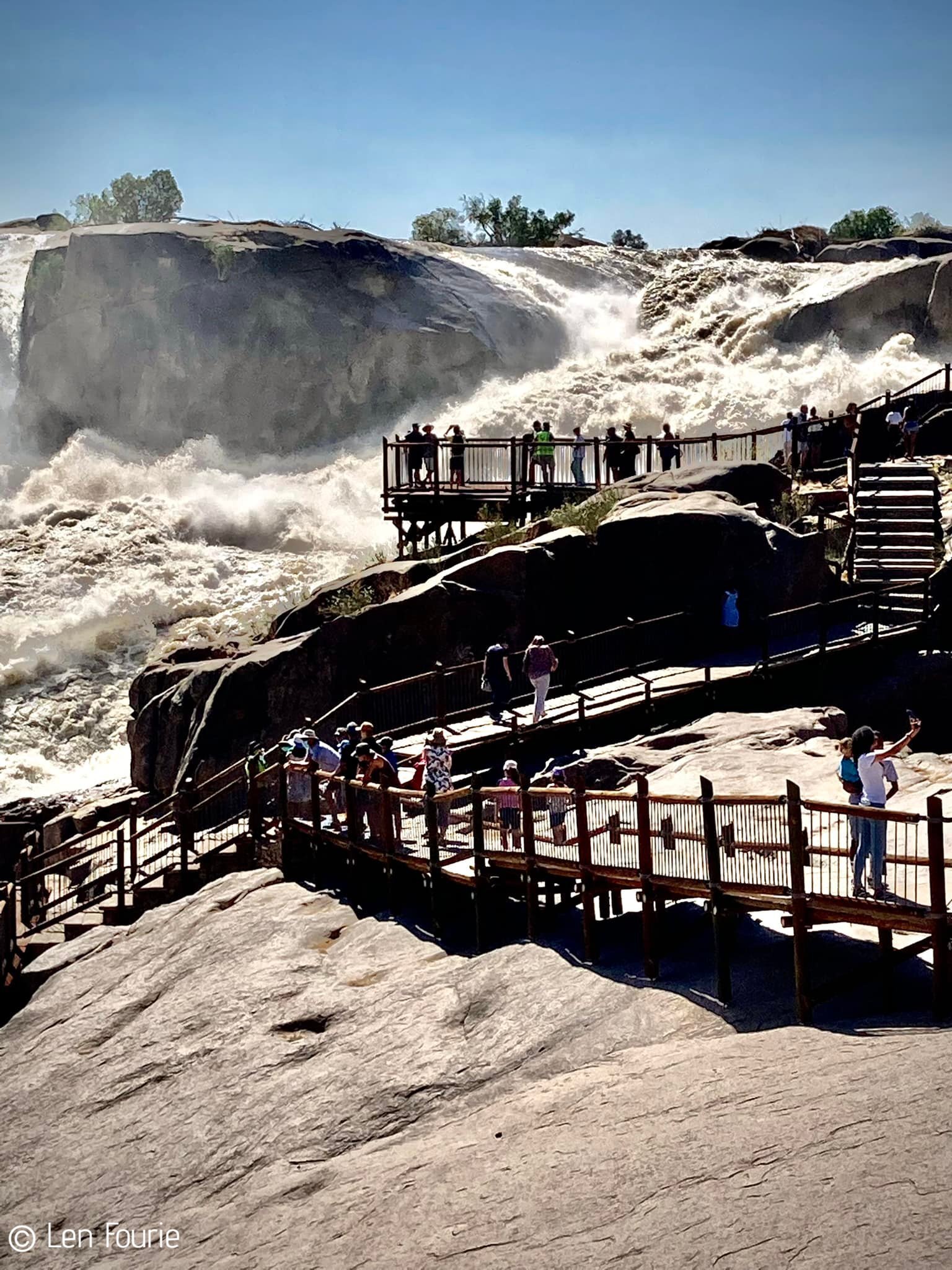 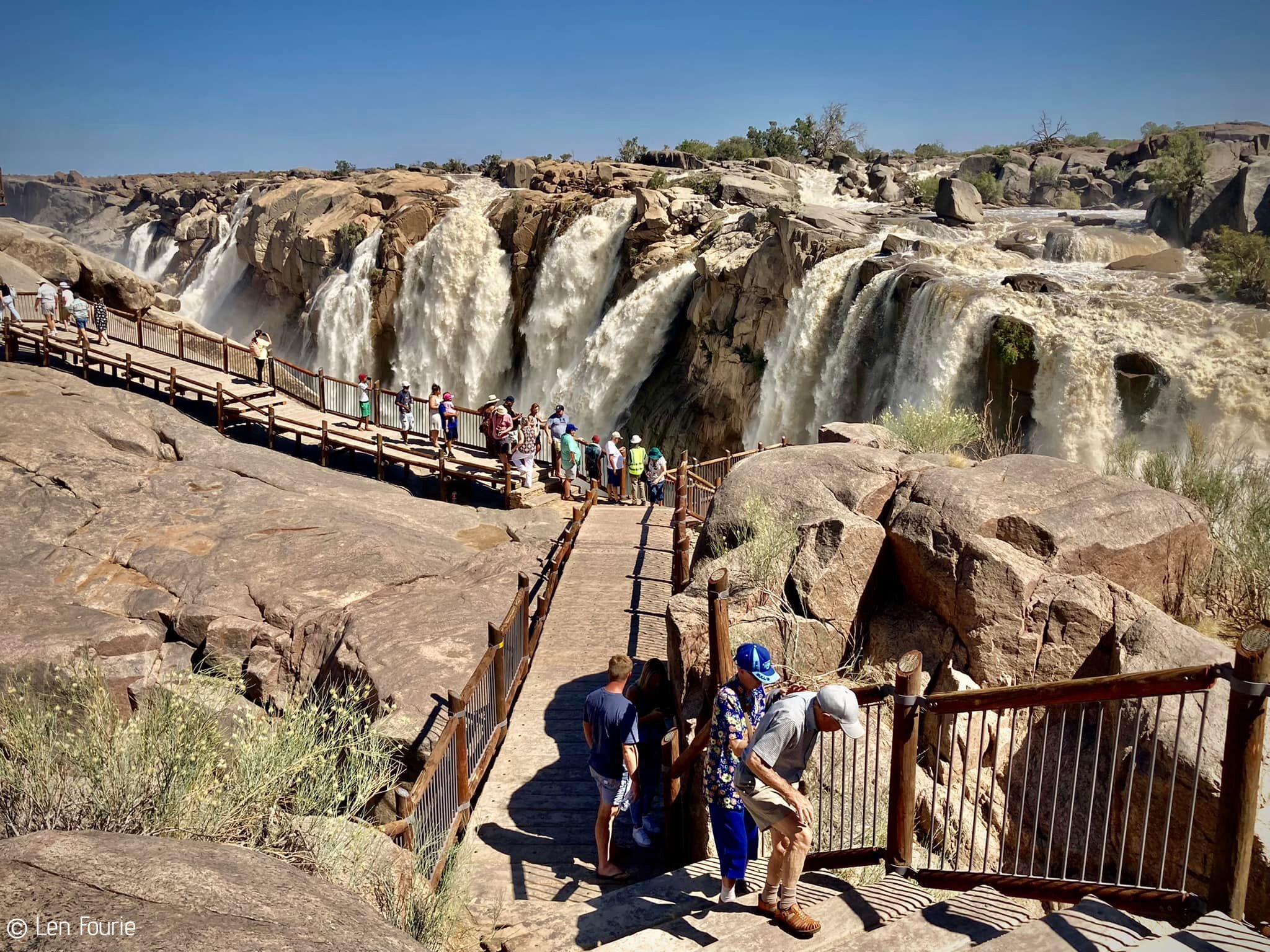 “Our home is also on the banks of the Orange River, so we can monitor the situation first hand,” says the 47-year-old who was born in the “wonderful town” of Upington and has always lived there, apart from a few years studying in Bloemfontein.

According to Len, it’s not the local rainfall that influences the Augrabies Falls as much as the rain that falls in the Vaal and Orange River system. “The rain that fell during the November and December 2021 period filled up the Vaal-, Bloemhof-, Gariep and Van der Kloof dams and thus the flow of the river just kept on increasing since 16 December 2021 and now averages between 2300 to 2700 cumecs – Cubic metres per second (max) in the Upington area,” he told SAPeople. 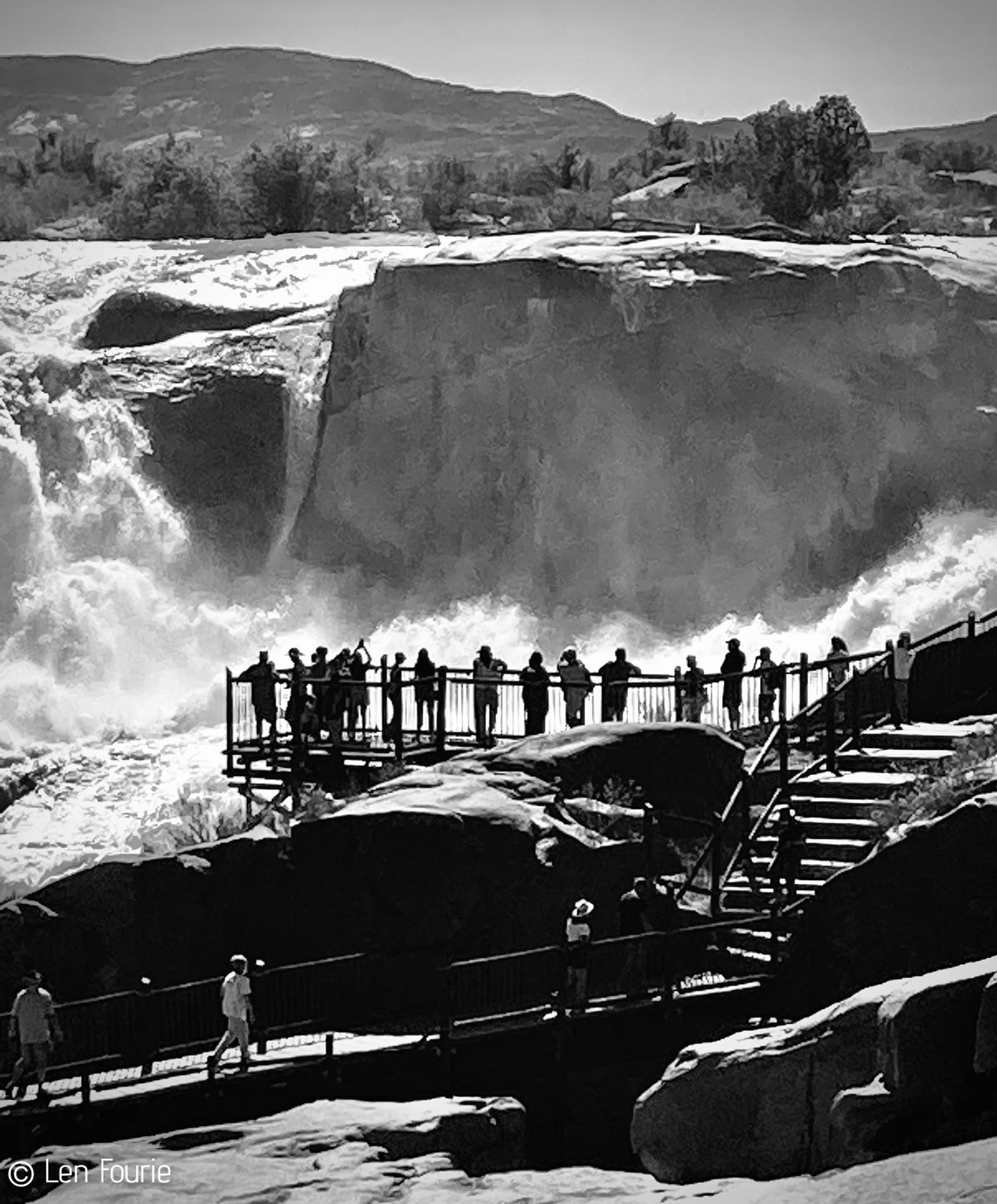 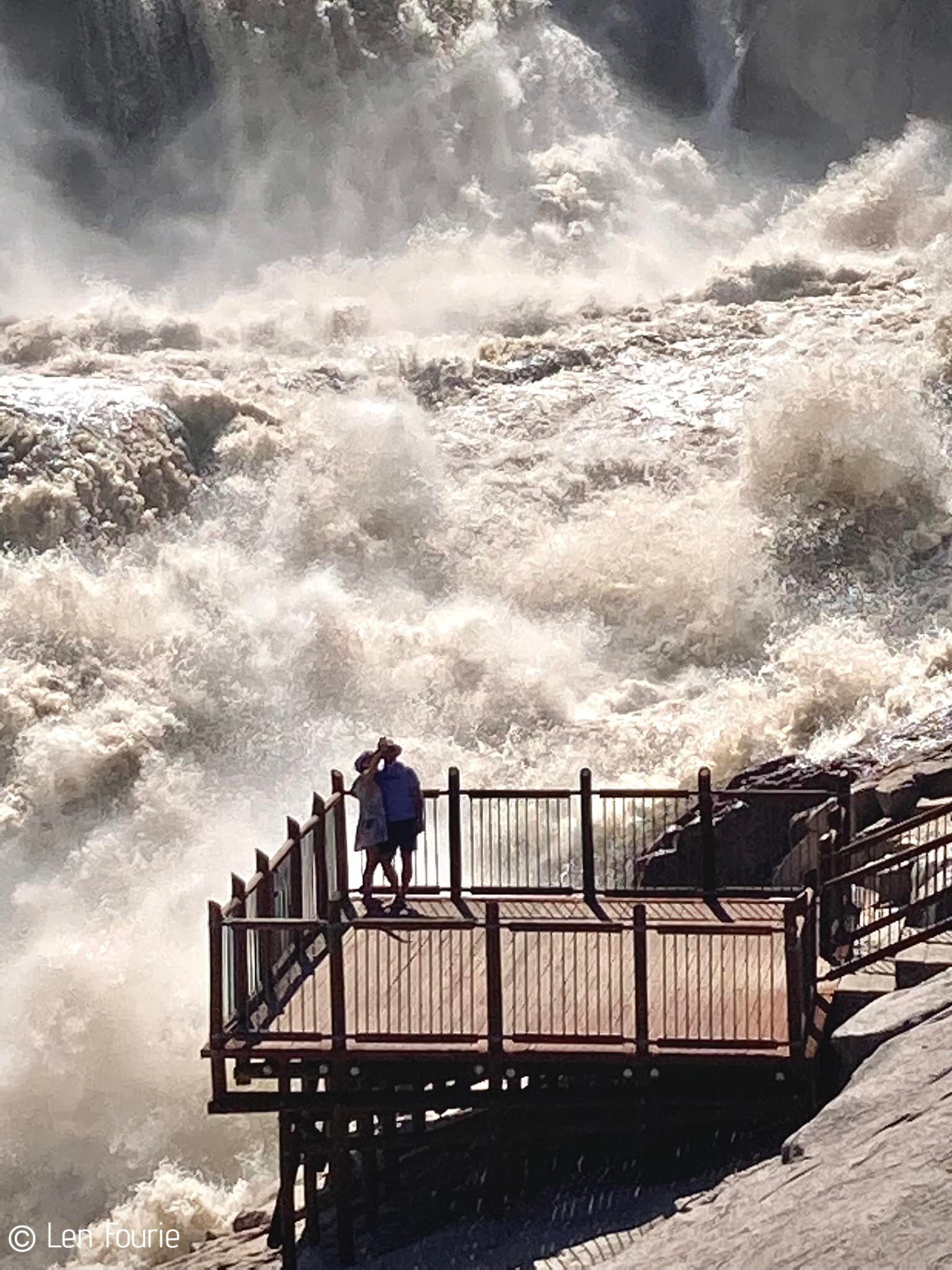 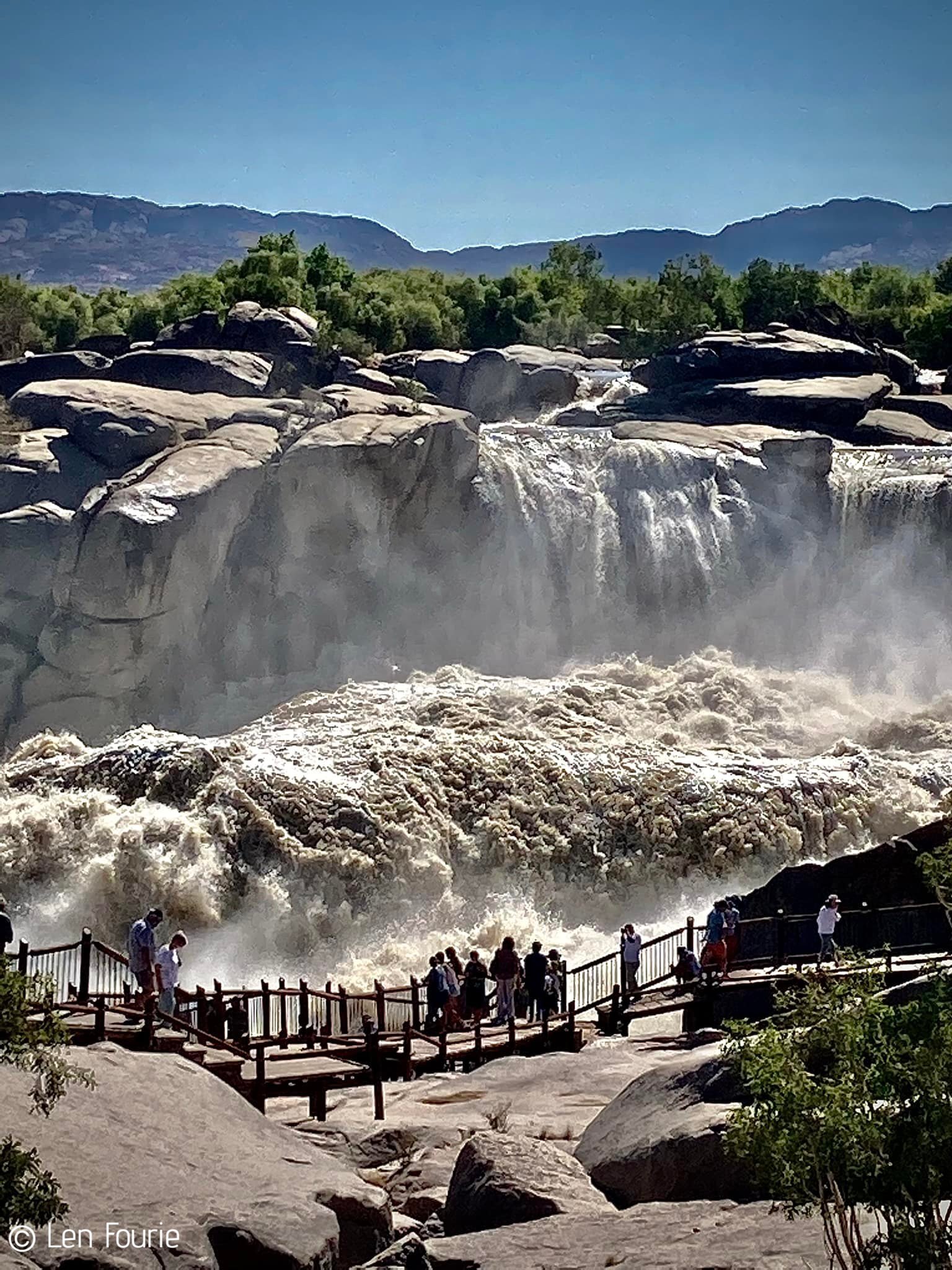 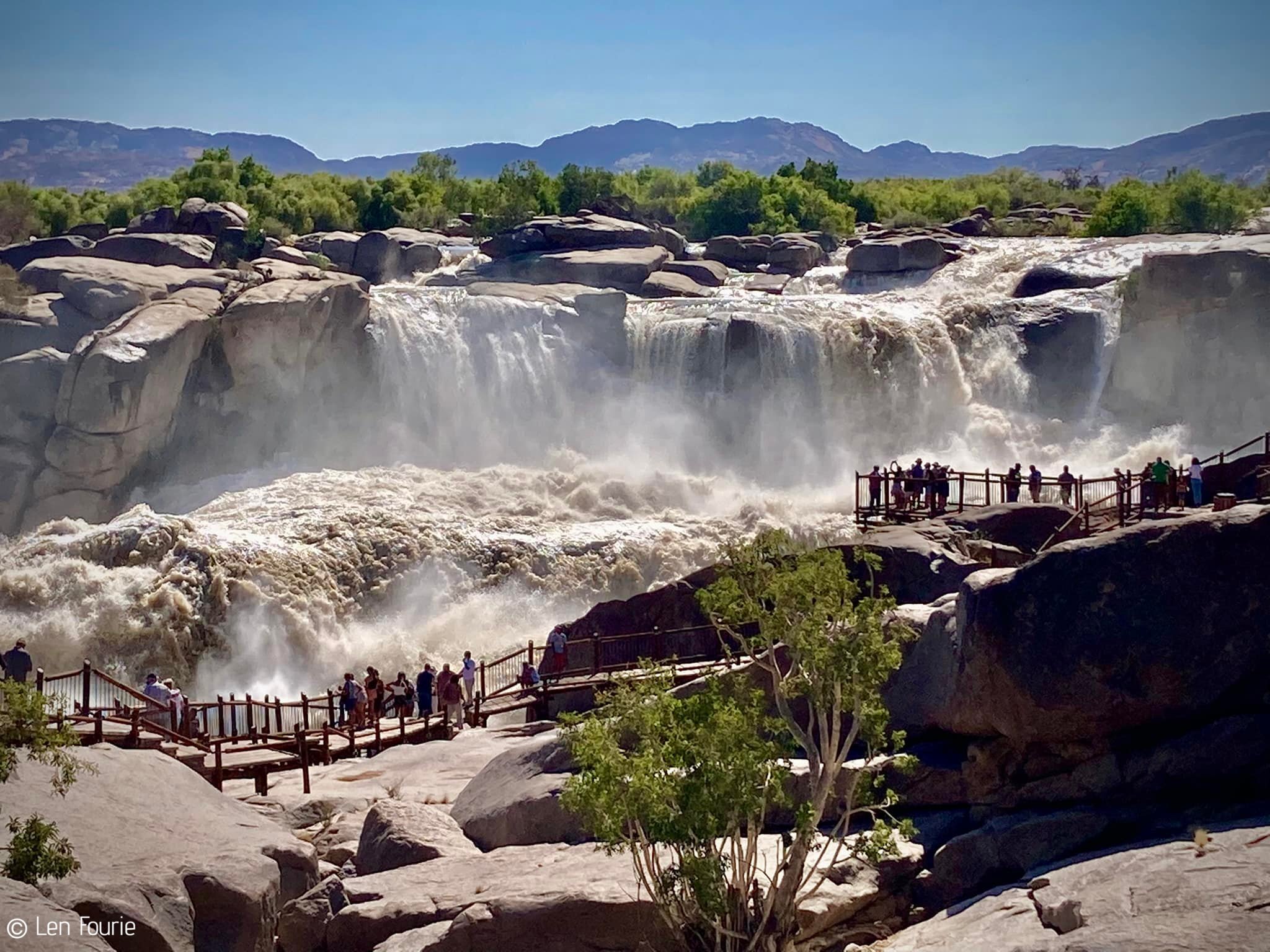 “The Augrabies Falls National Park is always a wonderful visit, but when the Orange River increases its flow to above 1000 cumecs, it becomes spectacular. In the past, we have seen that when the river flow is above 3500 cumecs, although spectacular in sight, the view is not as good as it is now. This is due to the mist forming and the fact that not all the viewpoints are accessible at such a high flow. To put it in perspective, in 1988 the flow was above 7403 cumecs and in 1974 it was 8315 cumecs. I hope we don’t see that again, due to the fact that it causes a lot of damage alongside the Orange River.”

And this was three weeks ago: 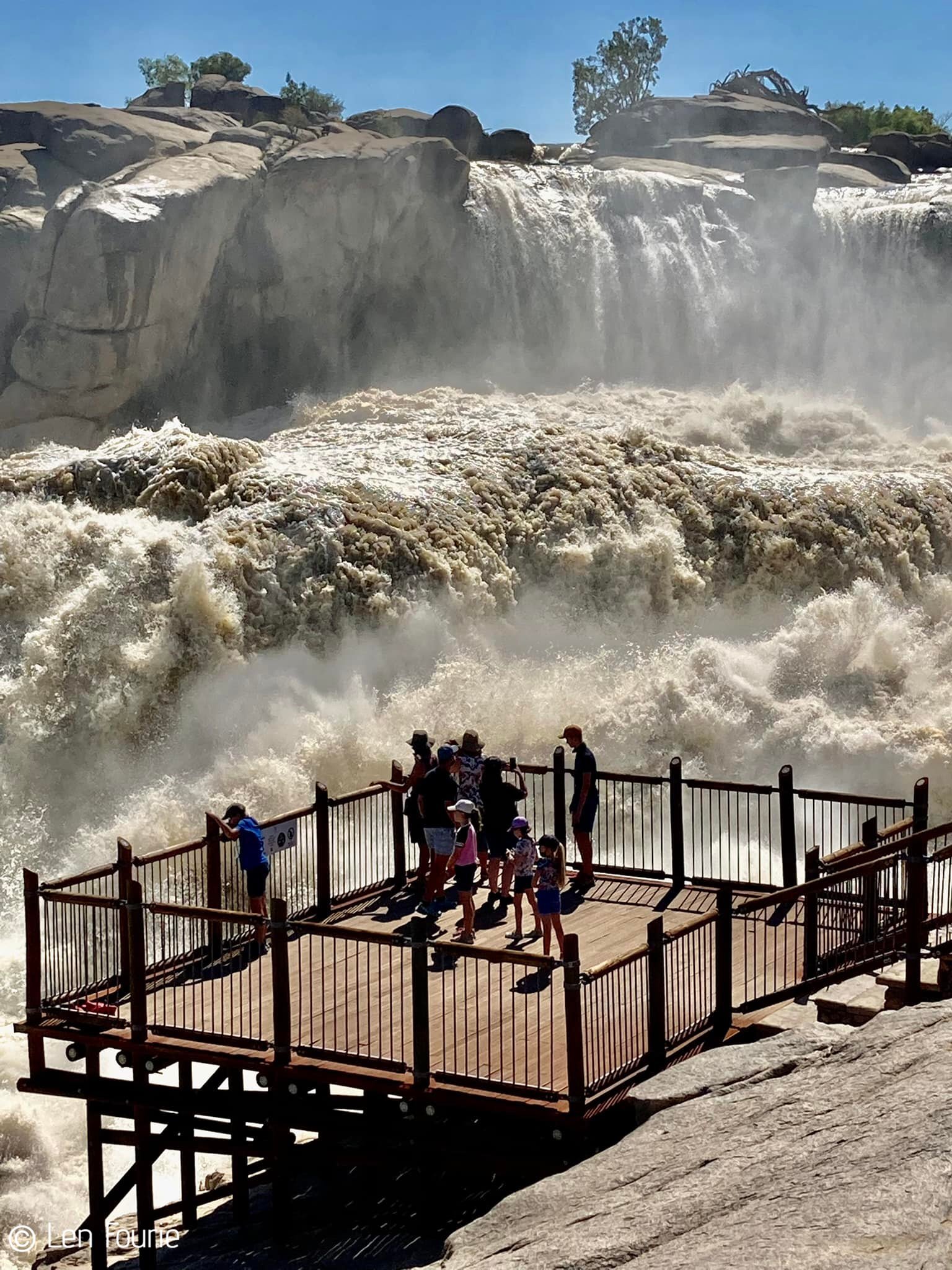 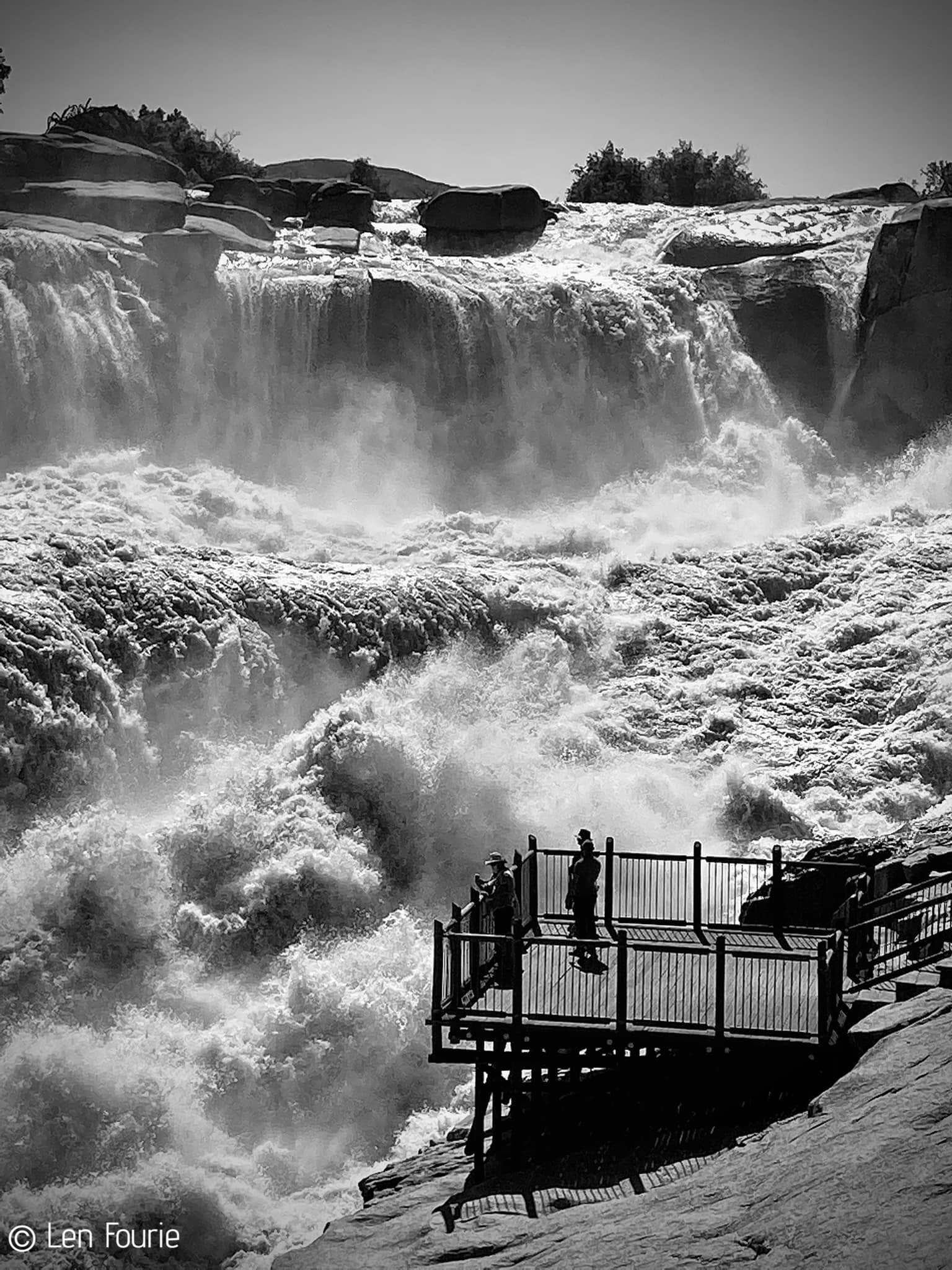