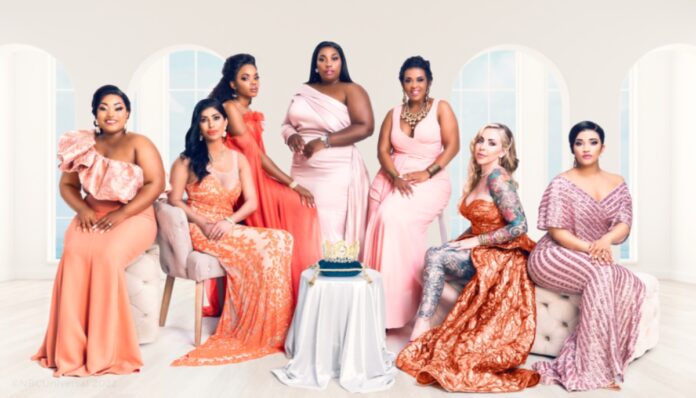 Season 2 of the Showmax Original The Real Housewives of Durban launches on 28 January 2022, with new episodes following every Friday. Showmax has just released a first look at the three new wives featured this season, who will be bringing all the class, glamour, sass, and drama we’ve come to expect from the incredibly popular franchise.

Londie London’s decision to join The Real Housewives of Durban was sparked by her return to Durban and her becoming a wife to businessman Hlubi Nkosi and mom to a ten-month-old baby boy, Uminathi.

“Since I’ve become a wife, and a mother, I thought it would be a great idea for the public to see how I’m rebranding myself,” says the musician, actress and jewellery designer. “People know me as this sexy singer and I feel like they don’t really know my personality and what I’m about outside of the entertainment industry.”

“Londiwe oozes class and confidence,” says Season 2 director Thumeka Hlotshana from Let It Rain Films. “She is relatable and honest when the moment calls for it, especially about the things that matter. Her favourite word, ‘Honey’, is definitely going to be the thing for the season… ‘Enjoy, honey!’”

Being married to popular polygamist Musa Mseleku, Thobile MaKhumalo Mseleku is no stranger to the public eye. In addition to her appearance on Uthando Nes’thembu, she’s a radio personality on Vuma FM and an in-demand motivational speaker, among other things.

Thobile’s decision to join The Real Housewives of Durban is inspired by her desire to bring out her individuality more. “Many people know me from Uthando Nes’thembu, and they haven’t had the opportunity to know and understand Thobile as an individual,” she says. “Wherever I go, I’m always associated with the family I’m married into, which is not a bad thing and is not something I have a problem with. However, I do have a life outside of the whole family.”

Her decision was also motivated by her hunger to find like-minded women. “I need people that I can mingle with, people who inspire me and make sense to me,” she says. “I’ve already seen these women do things for themselves, which is inspiring. They are self-driven like I am.”

“Thobile is definitely a new flavour,” says Thumeka. “Not only is she already popular from her family show but she is the only wife currently in a polygamous marriage. She is from a humble village on the South Coast so The Real Housewives Of Durban is going to take her outside of her comfort zone as she tries to fit in with a group of wives living the big city dream.”

Jojo Robinson is a tattoo fanatic and artist, who is married to Durban businessman and former South African kickboxing champion Calven Robinson. They have a six-year-old son, Rocco.

“I decided to join this season because I wanted to give a new perspective on the tattooed community. Often people have assumptions about people with tattoos and I wanted to flip that around and show everyone that you should never judge a book by its cover. I also always wanted to do something in TV and thought this would be a good way to kick-start that. I love doing things that are out of my comfort zone, and I think this was the perfect space for self-growth and to create new friendships. It’s time to make the circle bigger, baby. And bring a little sugar and spice to an already amazing group of women.”

“Jojo is outspoken, colourful and unapologetically herself,” says Thumeka. “Her love for art comes through in pretty much everything she does. She loves her family and friends, but is never afraid to stand up for what she thinks is right. Viewers can expect straightforward conversations and responses from Jojo. She is loud, humorous and simply fun.”

Returning to Real Housewives of Durban

In addition, Annie Ludick, Nonkanyiso Conco, Nonku Williams and Sorisha Naidoo will all be returning for S2, as will Mabusi Seme.

Nonkanyisa says: “I’m coming back for the same reason I joined the show… There have been a lot of misconceptions about me, especially about the father of my child. People don’t know me, but they have so many opinions, very negative opinions. However, since my appearance on the show – and when people see me in public – they acknowledge how their notions about me were so wrong.”

Nonku says one of her reasons for returning “is because I really do love the show and I believe that I’m healing a lot of women by sharing my life experiences.”

Annie admits it’s about brand building for her because the show has had a “huge impact” on her businesses “so I just want to continue with that momentum”, whilst for Sorisha it’s because “I had an amazing time in Season 1, I made good relationships with the ladies. We continue to be friends on and off the set.”

Season 1’s January 2021 launch set a then-record for the most first-day views on Showmax and trended on Twitter almost every Friday. Season 1 has since launched with success on NBCUniversal’s reality streaming service hayu in 28 territories outside of Africa, including the UK, Europe, Australia, Canada, Hong Kong, Singapore and India.

Watch the S2 trailer of Real Housewives of Durban:

Re-watch Season 1 while you wait:

Showmax is an internet TV service. What sets Showmax apart is a unique combination of hit African content, first and exclusive international series, premium documentaries, and the best kids’ shows. Showmax Pro adds music, news and live sport from SuperSport. For a single monthly fee, get unlimited access. Start and stop when you want.