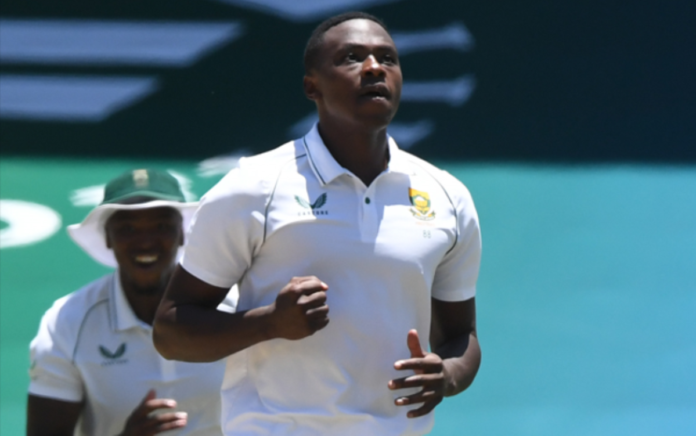 Aged 26, the paceman continues to marvel and break all sorts of records during his journey as a Test cricketer.

Rabada already has 226 wickets to his name after last year becoming the fastest South African bowler in history – and fourth fastest overall in terms of age – to get to 200.

He also has a combined 175 wickets in One-Day and Twenty20 Internationals to his credit and continues to flourish as a cricketer.

As the Proteas take on India in the third Betway Test in Cape Town today (Tues 11 Jan), Rabada will again walk out as leader of the pack for the Freedom Series decider.

“I think it’s quite special,” he said ahead of the landmark appearance. “I didn’t even know how many games I was on and only found out after the last Test match that this would be my 50th.

“It kind of really goes by without noticing. But it’s something special for me, I’ve always wanted to represent my country, so this is definitely a personal milestone and one that I’ll hold dear to my heart.”

But getting to the top has not been a straightforward journey for Rabada as he explains.

“There’s been lots of ups and downs, it’s definitely been challenging to keep good performances going for a long amount of time,” he said. “It’s been tough navigating your way through the lows – I think that’s been quite difficult – and then also trying to get through the external pressures that can influence your game and also influence the team space.

“Those are things you have to get used to dealing and things you constantly learn how to deal with.

“At the end of the day, you almost have to remind yourself to keep enjoying it and remember yourself as this youngster who just wanted to represent your country and show the world what you’re about.”

Rabada, who is the leading wicket-taker in the series with 13 scalps to his name, made his debut for the Proteas as a teenager way back in 2014. That first appearance came in a T20I.

A year later he played ODI cricket and also earned his first Test cap. He has played alongside Proteas’ legends like AB de Villiers, Hashim Amla, Faf du Plessis and Dale Steyn, to name a few. Rabada says it has been a wonderful journey so far.

“It’s been an honour and privilege to play alongside those big names,” he said. “I was watching them in school representing their country and I had a burning desire to play at this level and to play with them, some of my heroes, and that’s been really extraordinary.

“I still pinch myself till this day. I’ve learnt so much from them. It’s what dreams are made of.”

Asked about his career highlights, he counts a 2-1 Test series win over Australia in 2016 and a 2015 ODI trip to India amongst the highlights.

“The tours that stand out were when we visited India in 2015 and we became the first South African touring team to beat India in an ODI series away from home,” Rabada beamed. “Also when we went to Australia in 2016 when a lot of our players were kind of retiring and we really had to dig deep and ended up winning the series 2-1 away from home.

“Australia is a big challenge away from home and those two series were the highlights of my career thus far.”

With Rabada now set to join another elite club of 26-year-olds to have won 50 Test caps, he is targeting many more for his country.

“As much as it is about taking wickets, it’s about being the best I can be and there’s no limit to that,” he added. “I feel like I’m nowhere near done.

“It’s just about coming back and playing the next game. You can never take international cricket for granted.

“For me it’s about the longevity and not doing it for just a short amount of time. It’s about doing it for a long time and that’s what keeps driving me.”

You can catch Rabada and the Proteas in the third Betway Test taking place from 11 – 15 January at Six Gun Grill Newlands.

Proteas captain Dean Elgar has described the third Betway Test against India starting at Six Gun Grill Newlands in Cape Town on Tuesday as the biggest in South Africa’s recent history as they aim to overcome one of the best teams in the world.

After losing the opening match by 113 runs in Centurion, the hosts roared back with a seven-wicket triumph in Johannesburg to leave the Freedom Series in the balance heading to the final game.

“I think this Test match is essentially the biggest we’ve had in 10 years, maybe 15 years,” Elgar said ahead of the game.

“KG’s been brilliant for the Proteas badge,” he added. “He’s come of age in the last few years, I mean playing 50 Tests for your country is massive.

“I think when KG started, he was extremely raw, and he had express pace. He’s a huge influence on our player group both on and off the field.

“So I’m extremely excited and happy for KG. It’s happened so quickly and he’s still only 26. He still has so much more to offer us from a Test point of view and long may he continue for us.”

Although Elgar did not want to get too far ahead of himself, he conceded that beating India at Newlands this week will be one of the highlights of his career.

“It will be the biggest Test win in my playing career so far,” he said. “Obviously that comes with the leadership and captaincy now having a bit more influence with regards to our playing group.

The series is being broadcast live on SuperSport and SABC 3, with live updates on the Official CSA App.