A group of 11 elephant bulls in Southern Africa – apparently led by an elephant nicknamed Trail Blazer – have journeyed over 700km from Mozambique to reach the Kruger National Park, Trailblazer’s original home.

Thanks to Trail Blazer’s tracking collar, their journey has been monitored to ensure as much safety as possible, although sadly it has been confirmed on Wednesday afternoon that one of the elephants had to be euthanised due to injuries.

With Elephants Alive charting the meandering bulls’ journey in the past few weeks, social media users raising awareness, and community members on the ground being compassionate… the elephants have travelled from southern Mozambique, through eSwatini (Swaziland formerly) to Mpumalanga where they reached the Kruger boundary.

The Mpumalanga Tourism and Parks Agency (MTPA), in partnership with SANParks today confirmed it has successfully captured and relocated five of the eleven elephants that were seen roaming the Madadeni area in the Nkomazi region on Saturday, 7 May 2022 in an operation that included vets, helicopters and large Game Capture trucks. Five are still missing, believed to be on at least three different properties. And one euthanised.

SANParks said the rescued elephants have been released in the Shingwedzi Section North of the Kruger National Park. “This operation was successfully conducted with the assistance of SANParks Veterinary Wildlife Services (Game Capture) operations team and Ranger Services. This saw the provision of their Fixed Wing and Helicopter for Air Wing Support, Game Capture trucks, Loading Ramps, and all the other necessary resources required to ensure a safe and successful Game Capture operation,” SANParks said in a statement on Wednesday.

Elephants Alive said while the elephants’ journey has been “incredible and highlights the importance of transfrontier protected areas”, the animals have at times ended up in community land, a situation that can quickly become dangerous for either party if not handled correctly.

The non-profit organisation cautioned for those elephants still missing that “there is the fear of elephant-damage, but if left alone these incredibly intelligent animals will find their way to safety – and why should we not be showing the same amount of admiration, compassion and respect towards these bulls as portrayed by those in China?” (A group of Asian elephants made international headlines last year when they went on a 500km trek.)

Elephants Alive has been campaigning for donations to help protect and relocate “these incredible pioneering bulls” and ensure they’re inspected and treated for any injuries.

The charity asked social media users to “please help spread the word about their incredible journey 🐘” and also called for SANParks to drop the boundary fences temporarily so that the elephants could cross easily into the Kruger.

In the early hours of yesterday morning, Trailblazer was seen pacing the boundary fence along the Crocodile River. “How incredibly frustrating it must be to be that close to home but not have the freedom to access it,” said Elephants Alive. “If the fence is dropped, we will be able to monitor his movements to see what he does once he returns home.”

At the time of publishing, no fence had been dropped, and it has been confirmed that Trailblazer is one of the elephants that has been safely relocated.

SANParks said the operation to relocate the first five was conducted in a safe and secure manner under the authority of the MTPA to ensure that the elephants were captured in a safe manner and were not a threat to human life.

“We are grateful for the assistance received from the SANParks management and the KNP Ranger Services. The collaboration between the two conservation authorities made this operation a success. We are delighted that the elephants are safe and have been captured and relocated safely. Our Wildlife Management team will continue to monitor the situation on the ground and look out for the remaining elephants which are is believed to be with the breeding herds,” said Mduduzi Vilakazi, Acting CEO of the MTPA.

Elephants Alive confirmed yesterday that TrailBlazer was now on his own, the injured bull on another property, and the other four still missing.

The Managing Executive of the KNP, Gareth Coleman commended everyone who was involved in the operation, saying “this was a difficult and stressful operation, but we are happy at the turn of events and that the animals have been relocated and to a safe area away from communities. We urge communities to alert officials when they observe animals outside the protected areas to stay away from these animals and allow conservation authorities the space to carry out their duties unhindered for the safety of both animals and humans,” said Coleman.

Since the elephants made their way to Mpumalanga, a number of people have been following their journey and there has been an appeal to ensure their safe passage back to Mozambique, said SANParks.

Writing on Elephants Alive’s FB page, Michelle Henley said: “In a world where we have isolated ourselves from each other and where there is such division over boundaries, we still find elephants that connect us despite our differences in history or habits. With their tracking devices we can follow their incredible journeys and in the wake of their movements, new connections are made, and friendships are forged.

“With bated breath we have followed every step of a group of 11 young bulls… Their courage and the cohesive friendships amongst them have kept us spellbound. Although they stole sugar cane in Eswatini en route to South Africa, nobody harmed them. Each country has treated them differently and as they are now encircled by communities who directly compete with them for the same resources, can we as a nation grant them the same measure of freedom and dignity as our neighbourly Swazis or Mozambicans? Can we prove to the world that kindness and tolerance has no boundaries? The elephants are asking of us in South Africa to lean into the discomfort of their temporary presence outside of our Protected Areas. They are asking us to show solidarity with our neighbours for their sake and because that is what humanity is all about. Let us rise to the occasion and thank them for the lesson!

“With appreciation to all those who have helped the bulls along their journey. Elephants Alive thanks the people of Eswatini and Mozambique.”

View photos of the Kruger National Park relocation of the elephants from Mozambique. 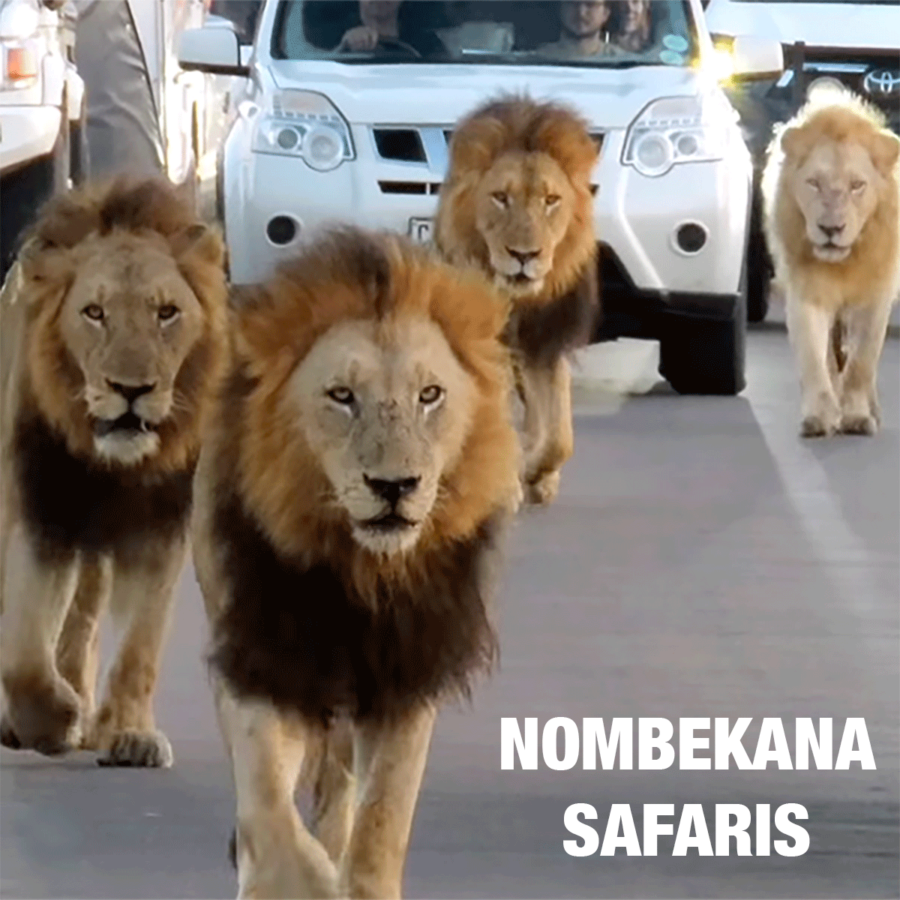