An application to the High Court of South Africa has been lodged to release three elephants, known as Lammie, Mopane and Ramadiba from the Johannesburg Zoo into a rewilding facility.

According to Animal Law Reform South Africa (ALRSA) these elephants are currently being held in conditions unsuited to their basic needs, and they are living in a state of distress.

The application in the Gauteng Division, Pretoria, was made yesterday, Monday 20 June, by ALRSA, the EMS Foundation and Chief Stephen Fritz, represented by environmental law firm, Cullinan and Associates, against the Johannesburg City Parks and Zoo (JCPZ), and other governmental respondents involved with the Zoo.

In a ground-breaking case, which is also a South African first, legal remedy is being sought to have these Elephants released to live out the remainder of their lives in a natural environment and where the conditions are more suitable for the innate needs and nature of Elephants.

Leading global Elephant experts have attested to the fact that Lammie, Mopane and Ramadiba are highly intelligent, socially complex and sentient beings who are living in conditions that are adverse to their well-being, and are as a result in a state of distress.

The conditions offered by the Johannesburg Zoo do not meet their fundamental physical, mental and emotional needs, say the experts. Michele Pickover, Executive Director of the EMS Foundation, says:

“Colonialism and apartheid devastated South Africa – disrupting indigenous communities, decimating biodiversity and destroying individual lives. These Elephants were cruelly separated from their families, deliberately captured by humans for a life in captivity − experiencing life-long trauma as a result. In captivity, elephants have no agency. They have been removed from their context and live unnatural, isolated, and denigrated lives.”

“An elephant in a zoo is simply an exhibit, deprived of natural environment and social conditions. We are failing to teach children anything about elephants – rather forcing them into submission, for the sake of so-called “human entertainment”. A better exhibit would be a live link to the elephants living out their real lives in a natural environment’.

David Bilchitz, a Law Professor at the University of Johannesburg, and Director of ALRSA, notes that:

“The evidence from the scientific experts suggests that there are not just moral wrongs being done but also a violation of serious legal obligations by the Johannesburg Zoo authorities and the City of Johannesburg Metropolitan Municipality. By keeping these elephants in inadequate conditions, the Zoo fails to meet both its constitutional and statutory obligations to treat these animals with respect and not cause them unnecessary suffering. Their continued failure to release the elephants also constitutes a decision that is unlawful and unreasonable in administrative law.”

Chief Stephen Fritz, a community leader and the third applicant in the matter says:

“We are the first People of South Africa, and, in our view, imprisoning our sacred Elephants, so named, Lammie, Mopane and Ramadiba showcases the past and the present will to humiliate and disrespect our culture and our heritage. For many years I have felt ashamed and powerless: I am, therefore, relieved that a large number of experts and scientists have united, bringing together a wealth of knowledge to offer these Elephants a powerful defence. Today, we are experiencing the results of climate change which include droughts and fires, for the sake of all South Africans we need to show respect towards our Rain Makers and Healers the Elephants.”

In his affidavit, Chief Fritz states that the manner in which the City of Johannesburg and the Johannesburg City Parks and Zoo confine and exhibit the Elephants is offensive to the culture and living heritage of the Khoi peoples, and undermines the recovery and perpetuation of their living heritage. 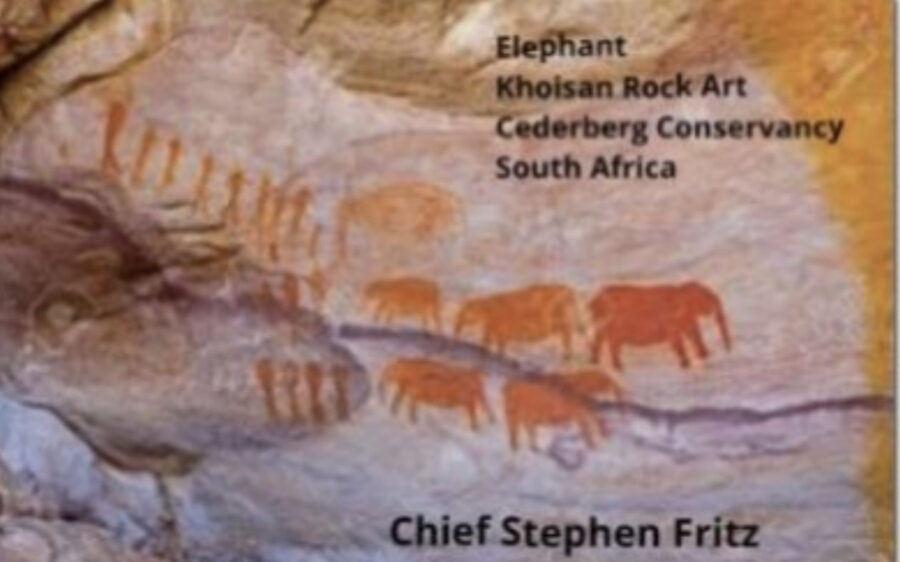 Despite repeated representations and requests to release the Elephants from captivity at the Johannesburg Zoo, the officials have failed or refused to do so, the applicants said in a media statement this week.

They say they are therefore requesting that the court release the elephants into the care of the EMS Foundation who will appoint relevant and qualified experts to assess the Elephants and manage their relocation, rehabilitation and reintegration into a suitable wild environment.

Several well-respected and world renowned local and international specialists have provided expert affidavits in this case as part of the application. These experts collectively demonstrate that based on scientific knowledge, it is “unconscionable for these Elephants to remain in the Johannesburg Zoo”, says the statement.