Passengers flying into Johannesburg, South Africa, on Sunday (27 November) were a little unsettled to notice a funnel cloud nearby in the Gauteng sky.

In a video that has gone viral, one passenger can be heard saying: “Whoah, check that out!”

Meanwhile South Africans on the ground, in cars in areas including Boksburg, Edenvale and Germiston also filmed the funnel cloud.

One YouTube viewer said: “Gauteng is tornado area and our house was hit by the tembisa tornado a few years ago. Was staying on a farm near Bapsfontein. It broke and pulled out trees, and caused damage to the house. It pulled out the carport.”

A funnel cloud usually forms from a cumulonimbus cloud during heavy rains, and is called a funnel cloud (or tuba) until the moment it reaches the ground (if it does)… in which case it becomes a tornado. (And if it reaches water, it becomes a water spout.) It usually heralds heavy rain, thunder and lightning, and hail. 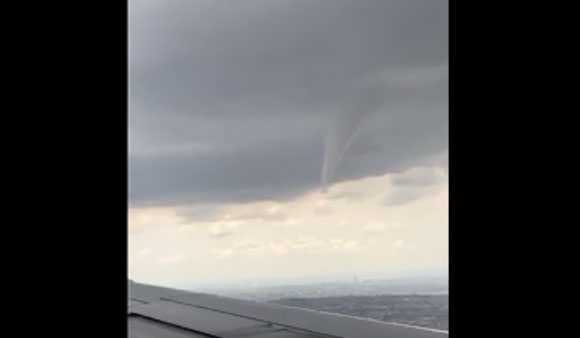 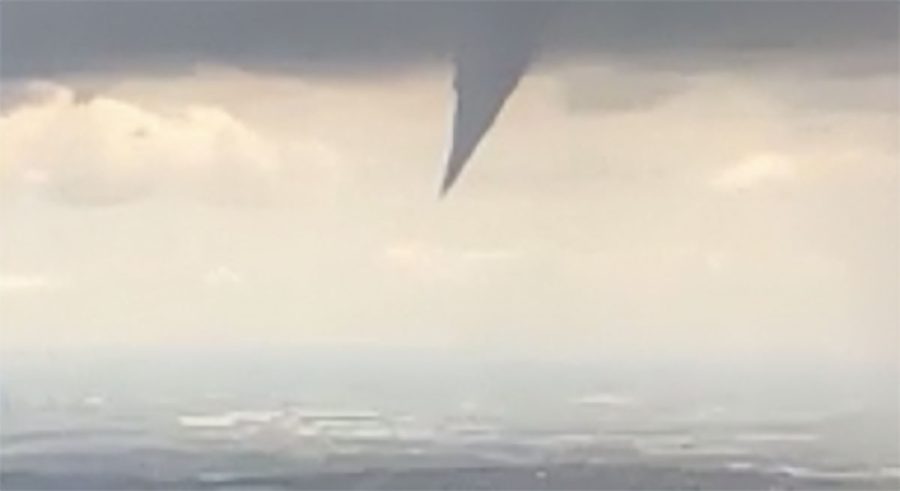 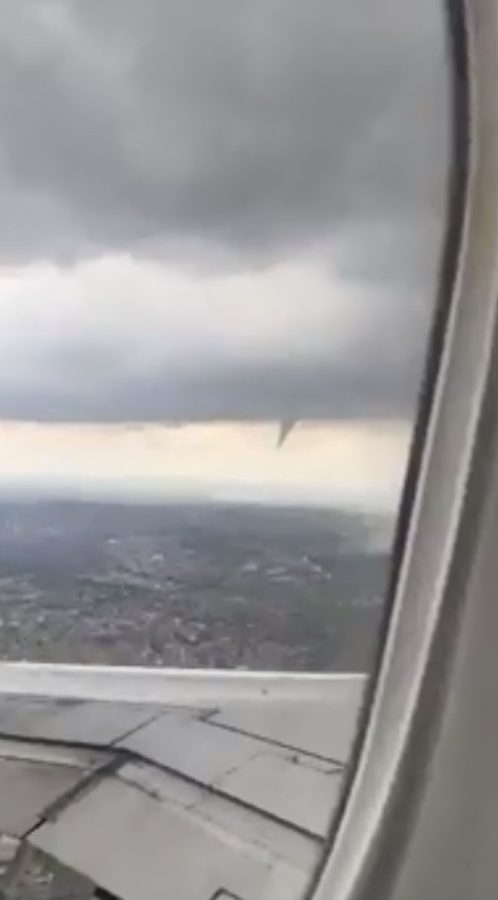 According to the UK Met Office funnel clouds are formed by a “rotating column of wind (which) draws in cloud droplets, making a region of intense low pressure visible. They are formed in the same way as a tornado building around this localised area of intensely low pressure and are typically associated with the formation of cumulonimbus thunderclouds” bringing heavy rain, lightning and hail. 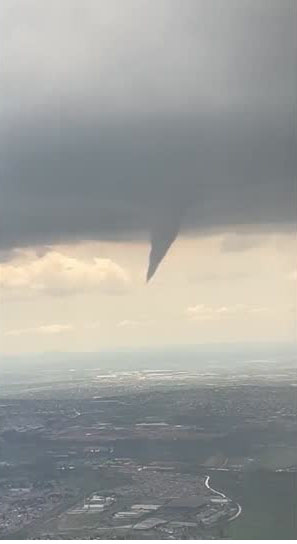