Environmental activist Lewis Gordon Pugh’s recent record-breaking plunge through the frigid waters of a Himalayan lake has capped an illustrious career of extreme swimming expeditions, which began off the coast of South Africa 23 years ago.

Pugh’s latest feat, a 1km swim across Lake Pumori beneath the summit of Mt Everest, was intended to draw the world’s attention to melting glaciers there and the effect this could have on peace in the region.

He crossed the 2°C waters on 22 May in a time of 22 minutes and 51 seconds, setting new world standards for altitude swimming. All of Pugh’s swims are done in accordance with the Channel Swimming Association rules, in just a pair of Speedo swimming pants, cap and goggles.

Pugh, 42, was born in the UK but moved to South Africa with his family at age 10. He was educated at St Andrew’s College in Grahamstown and Camps Bay High School, and studied politics and law at the University of Cape Town. He was just 17 when he completed his first long-distance swim from Robben Island back to Cape Town.

He returned to the UK in his mid-20s and later practised as a maritime lawyer in London. In 2003 he left law to become a full-time environmental campaigner, using his swims through vulnerable ecosystems to highlight the dangers of climate change.

In 2009 South African President Jacob Zuma awarded Pugh one of the highest honours in the country, the Order of Ikhamanga, “for his exceptional sporting triumphs, humanitarian feats and creating consciousness about the negative effects of global warming”.

Although Pugh is no stranger to crossing icy waters, he said his latest swim, at an altitude of 5 300m, was one of the hardest.

“This was technically one of the most difficult swims I have ever done. I had to go as slowly as possible so that I didn’t hyperventilate and actually drown, and yet as quickly as possible to ensure that I wasn’t in the cold water for long enough to freeze to death.

“It was a fine balance, and I think I got it just right, but I had to convert from crawl to breaststroke so that I could swim slowly enough to actually get my breath during the swim.”

After the final practice swim in Lake Pumori, Pugh wasn’t optimistic. “It took two hours to hike up to the lake across excruciating terrain. At this height it was utterly exhausting. I then swam a distance of 300m. It was terrifying because I could not breathe properly at this altitude. My heart was pounding and I simply had no stamina … on two occasions I thought I might go under,” he said.

Despite this, Pugh remained focused on the reason behind his swim. “I was inspired to do this because of the melting of these glaciers,” he said during a television interview in sight of the Khumbu Glacier, which extends all the way up to Everest.

“The retreat of glaciers throughout the Himalayas and the Hindu Kush region is a major cause of concern because of the effect that it has on the countries downstream, which rely on glacial melt for constant water supply.

“Imagine a situation where you’re in Bangladesh, Pakistan or China, and you’re not getting constant water supply. It’s a recipe for instability in this region, so this was a swim for peace,” he said.

But the swim was just the start of Pugh’s campaign there. “Now I must go around the world, meet many heads of state, give speeches and try to bring what is happening in the Himalayas right into their offices and their boardrooms. We need to come to terms with the fact that we live in a global environment and what happens here … will impact every single person.”

Melting sea ice at the poles is also a deep concern of Pugh’s. In 2005 he highlighted this by completing a 1km swim at 80 ° North around a section of Spitsbergen, a Norwegian island lying deep within the Arctic Circle. By doing this he also set the record for the most northerly long-distance swim in the world.

Five months later he broke the record for the most southerly long-distance swim, by covering 1km at 65º South off the Antarctic Peninsula.

Professor Tim Noakes, a sports scientist at the University of Cape Town, accompanied Pugh during both these expeditions and noted that the swimmer had the uncanny ability to raise his core body temperature by nearly 2°C before entering the freezing water. According to Noakes, this has not been seen in any other human.

In 2006, after completing a leg across the Pacific Ocean off Sydney, Australia, Pugh became the first person to complete a long-distance swim in all five oceans of the world, having previously swum portions of the Arctic, Southern, Atlantic and Indian Oceans.

But Pugh’s pioneering adventures go beyond just swimming. In September 2008 he and his Hungarian world-champion paddling partner, Robbie Hegedus, set a new world record for kayaking from the most northerly Norwegian territory, across the Arctic Ocean, into channels within the pack ice. They reached 81° North.

On his website Pugh claims that this is the furthest north anyone has travelled by kayak. He was named the OutThere magazine’s Adventurer of the Year in 2008 for this achievement.

Pugh was deeply troubled by the extent of the melting pack ice seen during this kayaking trip. Over a period of 15 months, the sea ice at 81° North had thinned from 3m to 1m, he said.

“I want to bring home to world leaders the reality of what is happening in the Arctic and in the glaciated mountain regions. The rate of change is clearly faster than nearly all the models predict, which has huge implications for climate change and how to tackle it.

“Global warming is a serious problem that cannot be solved by just a few individuals. I hope that by inspiring people from around the world, I can make a difference.” 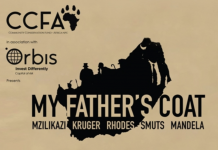 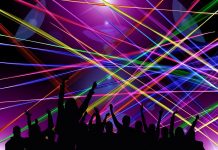