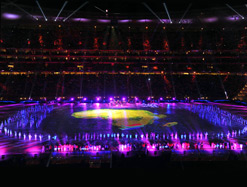 In the first African World Cup, the real contest was never going to be won or lost on the playing field – as riveting as that spectacle was.

The stakes were always much higher for South Africa, and Africa: it was about transforming ingrained stereotypes of Africa and Africans and radically changing the perceptions of a continent and its people and what they are capable of.

In one sense, it was a massive branding exercise – a hugely successful one.

It was South Africa’s opportunity to prove the world wrong: Africans are capable of building world-class stadiums and infrastructure within set deadlines, within budget and in a secure and efficient environment. They are reliable partners.

It has turned out to be the biggest media event of all time, according to media analysts. Even bigger than the election and inauguration of President Barack Obama, the 2006 World Cup in Germany, the Beijing Olympics or the funeral of Princess Diana or Pope John Paul II if the electronic and digital coverage is factored in.

Between 600- and 700-million television viewers watched the final between Holland and Spain on Sunday.

It was the first World Cup in which microblogging site Twitter saw a massive proliferation in tweets as teams went head to head. The site reached peaks of 3 000 tweets a second during the tournament and when goals were scored, according to an investigation by new media analyst Kerry Le Cordeur. During the tournament the site had to regularly issue warnings due to the exceptionally high volumes of traffic.

The much loved – and hated – vuvuzela became a popular trending topic on Twitter. Mobile technology saw an influx of iPhone and iPad apps and the most popular of all turned out to be one that tooted the vuvuzela B-flat directly from an iPhone.

These outcomes alone were worth every cent of the £2.8-billion (R40-billion) that South Africa spent on the stadiums and infrastructure directly related to the World Cup. Of this, £2.85-billion (R30-billion) was spent by national government and £900 000 (R10-billion) by host city municipalities.

The impact on national pride and identity – and the social cohesion that goes with it – is difficult to measure in monetary terms. But there is clearly a link with two most important challenges facing the country: improving public services delivery and creating jobs.

“South Africa has always viewed the hosting of the World Cup not as an end in itself but as a catalyst for development whose benefits would be felt long after the referee blows the whistle marking the end of the last game,” said South African Finance Minister Pravin Gordhan.

But the most abiding legacy of the World Cup is what it has done to boost the spirit and pride of Africans and forge new bonds between South Africans and other African nations.

The way South Africans of all races led Africa in rallying behind the Ghana team in its crucial match against Uruguay will not be forgotten.

“For the first time ever in the 16 years of freedom and democracy, we see black and white South Africans celebrating together in the stadiums and fan parks.” said President Jacob Zuma in a candid endorsement of a seminal moment in the country’s history.

But all these benefits of the World Cup will fade unless the country – strengthened by the enhancement of pride and unity flowing from hosting the contest – is able to follow up on key challenges which could unravel the legacy as time passes and life in South Africa returns to an unacceptable normal.

The counter-narrative to the successful hosting for the World Cup – and one which critics of the event quite legitimately dwell on – is whether it was justified for a country with such high levels of unemployment (25%) and such a legacy of poverty and underdevelopment could afford to spend such huge amounts on delivering the first African World Cup.

It is argued that of the £3.8-billion (R40-billion) spent on the World Cup (direct and infrastructure) only £11.5-billion (R13-billion) will be recouped through tourist revenue.

But the long-term benefits for growth in tourism and investment could dwarf the R40-billion within a couple of years.

The real test of South Africa’s hosting of the 2010 World Cup will be whether it can be translated into gains for the country’s global competitiveness and its quest for attracting more foreign direct investment and tourism to the country. That in turn will mean more jobs.

Can the success of South Africa’s hosting of the 2010 World Cup be used to kick-start a massive improvement in the current levels of public service delivery in the country? Can it lead to the proliferation of public-private partnerships? Can it lead to better skills training? Will it require the importation of large numbers of skills in the short-term to make it happen?

To sustain the gains South Africa will need to transcend its internal divisions, radically overhaul public service delivery, consolidate the sea-change in the mindset of South Africans, and act in a more inclusive and connected way in dealing with Africa and the developing world in general.

But it has also created the opportunity to do something which could dramatically consolidate the spirit of the World Cup and turn a new page in its development. There needs to be a concerted post-World Cup project which has the same focus, commitment to meeting deadlines and delivery schedules as the 2010 World Cup itself.

South Africans have always rallied and risen to heights around tangible projects: getting rid of apartheid, rallying together after the release of Nelson Mandela in 1990, voting in the first democratic elections in 1994, hosting a successful – and victorious – Rugby World Cup in 1995 and, in 2010, putting on the most successful Fifa World Cup tournament ever.

The next project should be one of real reconciliation and engagement, moving forward together.

John Battersby is the UK Country Manager of the International Marketing Council of South Africa, a government agency and co-ordinator of Brand South Africa. He is a former southern Africa correspondent of the Christian Science Monitor and a former editor of the Sunday Independent in Johannesburg. He is co-author of Nelson Mandela: A Life in Photographs published by Sterling in the United States in January 2010. Battersby is a trustee of the Aaron Mokoena Foundation. 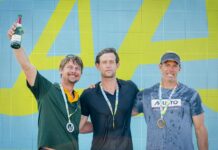