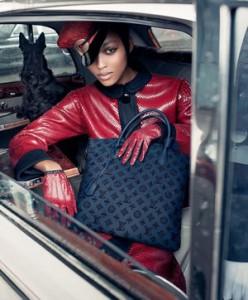 At just 16, Zimbabwean-born model Nyasha Matonhodze has been named as one of the faces of luxury label Louis Vuitton’s 2011 Autumn/Winter campaign. The news has made headlines around the world, turning the shy teenager into a household name overnight. Here are 10 things you should know about her: