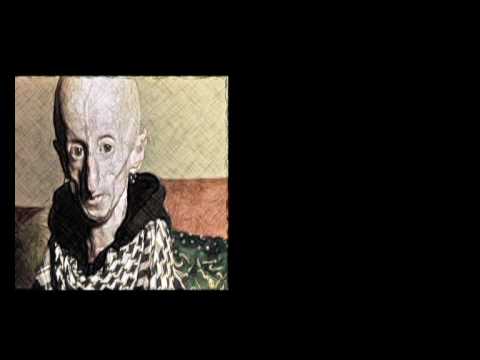 Leon Botha, a South African artist and DJ who became widely known through his association with the band Die Antwoord, died on Sunday from complications related to progeria. He was 26. He died one day after his birthday. Botha was one of the longest-living persons ever to have been diagnosed with this rare disease.

Word spread online last night. Leon had been struggling with increasing physical challenges in recent months. He shared some of that experience with me, along with news of his creative explorations, in occasional emails. Boing Boing pal Griffin of the South African counterculture blog WatKykJy today confirmed the sad news for us: Leon’s condition became grave last week, and he died Sunday from a pulmonary embolism (a blood clot on his lungs).

Leon was working on a new painting of Ninja and Yo-Landi Vi$$er of Die Antwoord just this last week, Yo-Landi tells us. “He was an angel,” she said today.

I did not know Leon as well as Ninja, Yo-Landi, and other friends in South Africa’s art and DJ circles, but I would like to share a little of the interaction I had with this gentle and singular soul by way of Boing Boing. I first became aware of Leon through his appearance in some of Die Antwoord’s early music videos; he appeared in them as a DJ/”hype man,” and his unusual physical appearance made him instantly unforgettable. At the time, I didn’t know his name, or anything about him beyond that physical appearance. For many, that first physical impression, what progeria does to the human form, defined him. But Leon did not want to be defined by this difference.

We ended up becoming internet pen-pals of a sort. Through this, and through some of his friends (who all expressed great affection and protectiveness toward Leon) I learned more about his visual and performance art work. In that work, in his written word, and in some of the incredible monologues you can find from on YouTube, his presence radiates. All who knew him, and all who were touched by his spirit through those videos, will know what I mean when I say that he emanated deep sincerity, gentleness, a serenity and quiet wisdom. Leon was aware of his own mortality in ways most people are not. He transformed that awareness into a sort of mindfulness of how vast and awesome life is.

One day over email, Leon shared with me that the passing mentions of him that existed on Wikipedia were upsetting to him. He was mentioned only on the page for Die Antwoord, and under the page for the disease he had, progeria.

“I was a bit paranoid that my art wouldn’t be in there, in case something happened to me,” he said.

Leon was very mindful of the value of the internet as a reflection of human life, and an archive of the living after they die. He wanted to be understood as a complex, self-determined, thoughtful creator and connector and thinker. Not as a disease, and not as a footnote in someone else’s better-known story. He wanted to be known for who he really was while he was alive. He wanted us to respect him, and his work, after he was gone.

Recently, our email exchanges seemed to include news of greater physical hardships for Leon. He never complained, but when I asked after longer silences, he shared. I cannot imagine the physical suffering he endured.

“I always thought when I was little, like, all of this is okay,” he wrote in one email. “Just please don’t let it reach the levels where it is now.”

“And now, I just need to flow with it. What else can I do? It is important, to reach back and remember all the lessons I have learned on my journey so far. I think the main lesson is that we are not victims to life… and then, the other lesson, is that we must live life.”

How are you holding up, I asked him once after he went through a particularly painful medical procedure. Things were not sounding good.

I am here, he said. “I am trying to work and focus, not letting the outer world speak more loudly than my inner. Because I think we tend to forget. Have a great day, peace.”