Labuschagne, a plant breeding scientist at the University of the Free State in Bloemfontein, received the award in the life sciences category at continental level – the highest rank possible.

Prizes are awarded, at the national, regional and continental levels, in two sectors: life and earth science, and basic science, technology and innovation.

The purpose of the initiative is to reward top African scientists for their scientific achievements, valuable discoveries and findings.

The AU Commission launched the AU scientific awards in 2008 and later renamed the initiative to the Kwame Nkrumah Scientific Awards, in honour of the late pan-Africanist, who was also a political scientist and first president of the Republic of Ghana.

Nkrumah was one of the key founders of the then Organisation of African Unity in 1963, which become the African Union in 2002.

Labuschagne says that receiving the award was unexpected, as only one prize at the continental level is awarded in the life and earth sciences category.

“I was really surprised to receive the award. I only really believed it when I received the prize,” she says.

She also received US$100 000 (R804 180) in prize money, which will be used to renovate laboratory facilities in the Faculty of Natural and Agricultural Sciences at the university, and to provide bursaries.

Labuschagne’s research into developing crop cultivars with improved characteristics such as tolerance to heat and drought as well as resistance to pests and diseases is an important area of study, particularly for Africa.

“Food security is one of the most important factors for the sustainable future of Africa,” she explains.

She says that scientists are also looking to improve the nutritional value of crops.

“If we can release crops with improved mineral and vitamin content and with higher protein content, even resource-poor, small scale farmers will benefit,” she says.

Over the past 20 years Labuschagne has been involved in training and educating scientists in plant breeding in Southern African countries such as Kenya, Tanzania, Zimbabwe, Malawi, Mozambique and Angola.

She has also been involved in training missions in other countries on the continent, such as Sudan, Ghana, Nigeria, Cameroon and Benin.

She says that there is a great need for more scientists working in the area of plant breeding and crop development.

“There is a real shortage of plant breeders on the continent and our graduates are already making a significant contribution to crop development in various countries,” she says.

Two former students have released a number of improved cassava cultivars in Mozambique, Tanzania and Zanzibar in the past four years. These new cultivars are already benefitting farmers and food production.

“We have past students breeding every kind of food crop that you can think of, and they are releasing improved cultivars on a regular basis. The more breeders we can involve in even the remotest of countries, the better for Africa,” she says. 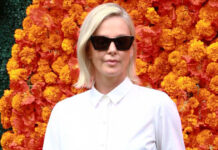 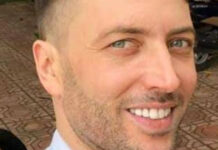 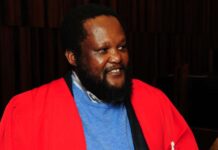