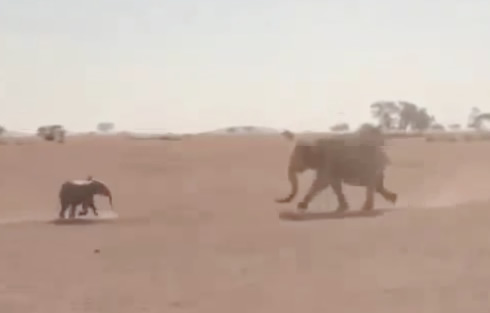 A video that captures the love between a baby and her mother has captivated audiences around the world, especially since this baby and mum are elephants. But the emotions they display are so human.

The video was shot in Amboseli National Park in Kenya where an eight-month-old calf had fallen into a well which had been dug by Maasai tribesmen.

A team of elephant conservationists helped rescue the baby who would have otherwise have died in the well. The video captures the moment when the frantic mother – thinking the rescuers are a danger – almost sits on their car; and the wonderful sprint that the freed baby makes to her mum.

Dr Vicki Fishlock, resident scientist of the elephant trust, and driver of the vehicle that helped haul the baby elephant to safety, hopes that this video will help persuade people “that elephants are special and deserve to be protected and cherished”.

In recent times the slaughter and poaching of elephants has risen sharply again, as a demand for their ivory tusks increases in Asia.

In an interview with Yahoo News, Dr Fishlock said: “Our biggest fears for the elephants of Amboseli and elsewhere lie not with their sharing land with the Maasai, who we work with and who report elephant emergencies to us, but from the burgeoning ivory trade.”

Click here to join other South Africans to kill the trade that kills the elephant. 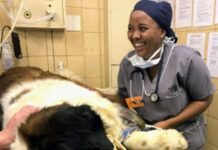