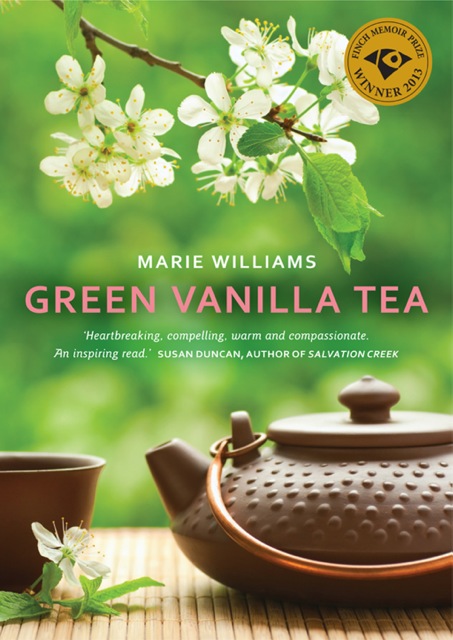 Marie was recently awarded the Finch Memoir prize in Australia for GREEN VANILLA TEA, a heart-wrenching and inspiring memoir of the loss of her  husband Dom, a fellow South African. The two had met in their youth, and lived in America and Canada before settling in Australia. They were soul-mates with two beautiful teenage sons…when tragedy struck and Dom was diagnosed with a terminal illness.

In a story filled with heartache, hope and humour, Marie writes about the family’s journey through the unfamiliar territory of a terminal illness. Ultimately, it is a love story. 1. When did you move to Australia and why?

We moved to Australia from Canada in 2000.  It was a quality of life decision really – Dom was offered an academic position here that meant less work travel and more time at home with family.

2. Before your husband’s illness, had you considered becoming a writer?

Not really, although I grew up in a house filled with books and have a dad who is a wonderful storyteller. I’d often dreamed of writing and illustrating children’s books.

When we arrived in Australia, I signed up for part time classes at an art school, however I wasn’t there for long before Dom became ill and I withdrew.

3. I believe you wrote your book for your sons. What made you decide to share it publically, to publish it?

Yes, I initially wrote Green Vanilla Tea for the boys after Dom died. So much of what they experienced felt invisible, slippery and without words.  They asked me to write about it, to ‘try and capture it somehow’ and ‘give the story form.’   Now, I cannot write someone else’s story so my writing became a launching pad for rich conversations with the boys. We talked through every evolving chapter, giving the story voice and this family act of story telling became their book!

What made us decide to publish? Short version: at some point, a couple of years after the manuscript was finished, I asked the boys, ‘if you had read something like this when dad was sick would it have helped?’ They both said yes, without pause.  So with their consent, I posted it off.

4. What do you think were three key elements that enabled you to keep going and complete your book?

To be honest, my writing was a spontaneous response to grief and I wrote because I couldn’t not write.  I didn’t struggle to complete this book.  I wrote and wrote and wrote. On reflection, there were some key influencing factors.  These are the three that seem most prominent.

5. Since ‘Green Vanilla Tea’ has been published, it’s been so warmly received and won the 2013 Finch Memoir Prize. Is this another life-changing experience for you? And what has been the biggest surprise in all that you’ve gone through since winning this prize?

Never did we imagine this family story would be acknowledged with an award.  Has this been a life changing experience? In some ways nothing much has changed. In other ways, everything has changed – all at the same time.   My daily routine remains the same – you know – walking the dog, paying the bills, folding crinkled laundry. But when I think back to the origins of this story, I am so grateful for what this award has made possible. It is a profound affirmation of a once wordless tale and it has given us the opportunity to set this story free to make a contribution in the world. What a wonderful outcome.

I’ve been asked – what’s next for you?  I’m not sure really, I recently resigned from my job, feeling the need to pause. I’m at a crossroads in my career – perhaps I am a woman in the process of reinvention!

6. So much of your success in life has been because you choose to live in the moment. Have you always been like that, or was there an event that made you become like that?

I can think of several stories that have shaped the way I try to live my life, including our journey with Dom. Life was stripped of all its irrelevancies and we were left with what mattered. I think I say in the book that in the process of Dom’s dying, I became so much clearer about what brings life.

7. Who are your favourite writers? Who inspires you?

I don’t have a favourite genre or author  – although I do enjoy historical fiction.  I s’pose what I look for in a book is to be transported somehow; that’s what stories make possible. They provide portholes into worlds we might otherwise never get to travel, they invite empathy and understanding, we get the chance to see ourselves reflected in the stories of others and, as I hope is the case with Green Vanilla Tea, they speak to some of the universal stories of humanity we all share. Then of course there are books that are filled with pure imagination and whimsy – those are wonderful too.

8. What’s your idea of a perfect Sunday?

Whatever feels good on the day!  A walk on the beach or somewhere out in nature, tea with family and friends, an afternoon snooze, curling up with a good book and splashing paint onto canvas.

9. Who has been the most interesting person you’ve ever met? And what did you learn from them?

I can’t pick one person – I’ve learned so much from so many.  Everyone has a story,  it’s what makes life so interesting.

10. What one thing did you learn about human nature during your years as a social worker?

11. How do you handle the tough times? How do you keep going when things may not be going your way?

I am a believer that people bring with them, any number of personal resources, strengths and intentions to difficulties they face.  One of my resources is creativity.  So many of the things that sustained me during Dominic’s illness and after his death are wrapped up in the making of a story-telling quilt, the writing of this book and painting.  Creativity provided me a platform for meaning making, it supported us as fierce advocates of Dom’s dignity, it gave us a way to change the shape of hope and do hope together, it became a tangible expression of love… I guess I tapped into the power of creativity to transform.

a)    I love being South African because….

I was born in Zimbabwe, grew up in South Africa, currently live in Australia, have lived in Canada and America, once had a green card, have Canadian, British and Australian citizenship…I’m a real mix of everything. I see myself as a citizen of the world, living out my values wherever I find myself. Sometimes I long for a clearer sense of home or place.  I imagine this is a common experience for immigrant families; we tend to carry rich yet invisible stories on our journeys.   And yet, my life has been so enriched by the different places I have lived.

Oh, this is a very big question. I’m not sure it is answerable in a measurable kind of way.  I have always liked Kahlil Gibran’s poetry on love. It captures the fullness of love in all its, sometimes paradoxical, manifestations.

walk the Camino in Spain

You can purchase Green Vanilla Tea online through the following retailers: Booktopia and Constant Reader.  They ship locally and overseas.

You can also buy it as an eBook from:
Amazon
Kobo
Apple iBookstore 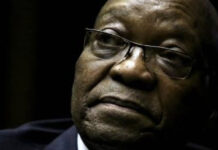