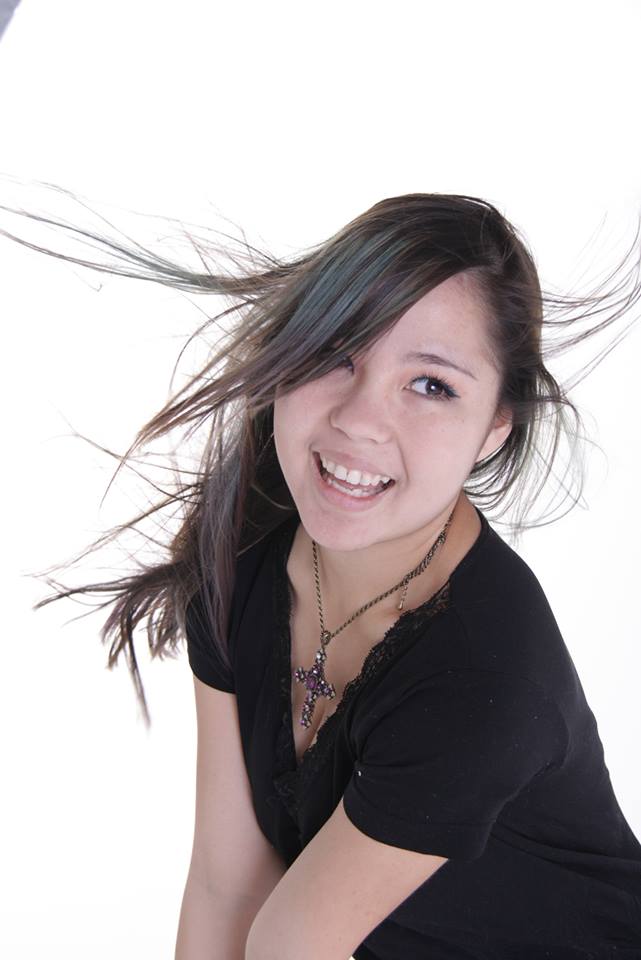 While some of us wait to get nominated to do a good deed (like a #raknomination), there’s a 17-year-old teenager in Cape Town who’s doing everything she can, on a shoestring budget, to raise the confidence of kids in Joe Slovo/Phoenix and help them and herself follow their dreams. Kimite Cancino lives in Milnerton with her mom and sister. She’s passionate about writing novels, film-making and helping poor kids “better” their lives. She has a vision and she’s following it.

Yes, for for my short story ‘Rapunzel is Dead’, hosted by Books Live, and published in January 2014 by Mega Books. It received a good review, and my short story was a personal best by one of the organisers. My books are at many of the local libraries in Cape Town.

Was that your first writing venture?

No, I published my first novel when I was 15-years-old, called ‘Toxic Persuaded Love’, and I appeared on the Expresso show soon afterwards, talking about my book and all my other interests – like animation, playing guitar, singing, acting, skateboarding, and more. And now you’ve moved on to Short Film Contests?

In October of last year, I entered a short film contest, called the 48 Hour Film Project event, and even though I was inexperienced and an hour over the deadline, I received a certificate for “Youngest Team Leader”.

I made friends with kids my own age living in Dunoon, and together we made a few short films. I then created a facebook page, a webpage, and a blog page for my club. It’s called Cinematic Kids SA. Its free for any kid under 18-years-old to join. Then I signed up kids in Joe Slovo.

Basically, I spend every weekend going into areas where there are members signed up, and after we decided a location close by to film the days short story (which either someone writes, or I write), we start filming.

Filming usually takes around two to three hours. I’ve had five kids on set, and sets which had over 20 kids, like this past Saturday, we were 27 kids.

Each time I go to film, more kids want to sign up. This past weekend, one of my members interviewed kids on why they want to be members, and they said it’s because they love what this club stands for. Filming their stories, and having fun. They look forward to weekends now.

For the whole of January and February, Ive been busy making short films in Joe Slovo/Phoenix, and I’ve met so many nice kids. I want to help bring joy and creativity back into the lives of all children who don’t have money and who don’t have anything to entertain themselves with.

My club is growing by word of mouth, but it’s going to be hard to do it alone. I wish desperately for mentors to help me, and for funds to keep going. The old car my mom uses to lift small kids
with, is falling apart and we can’t fix it.

The kids stand in the hot sun filming, and always ask for juice or sweets, but we don’t have money to feed them. I feel sad for the little ones especially. Parents have thanked my mom and myself for the good work we are doing. I am glad that the kids can enjoy some happiness. Maybe it can help some not to turn to drugs and crime.

My mom is unemployed, and we have very little income at home. My father left us 12 years ago.

Being poor myself, has not stopped my family from doing good things for the community. I enjoy meeting kids like myself, who I can relate with, and who enjoy making movies with me.

We share many good stories to film. One of my favourite members is Buntu (15) from Joe Slovo, who is going to write, direct and help make a drama/musical this coming weekend. He dreams of being a musician. Many of the kids I meet are talented, have dreams like myself, but are poor.

I’m trying to give them all confidence to go for their dreams, and to better their lives, and I hope someday they will be noticed and South Africa can be proud of the youth. I have a vision of seeing poor kids achieving many success stories with my film club.

Some day I will be a famous movie director, and I will make South Africa proud.

The only obstacle in our way is sponsorship and someone to believe in us.

We are the champions of our own dreams, and nothing can stop us.