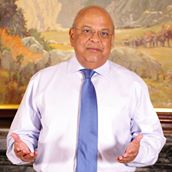 It’s been a disappointing year financially for South Africa with slow economic growth, a plummeting rand and escalating government spending. With the controversial introduction of initiatives like e-tolls, many South Africans have a lot to say about the country’s budget…and were in fact invited this year to submit Tips to the Treasury on the 2014 Budget. This budget speech will be an important one, coming in an election year, and many people will be listening to hear if there will be any significant changes in tax rates.

You can watch a live streaming broadcast here: