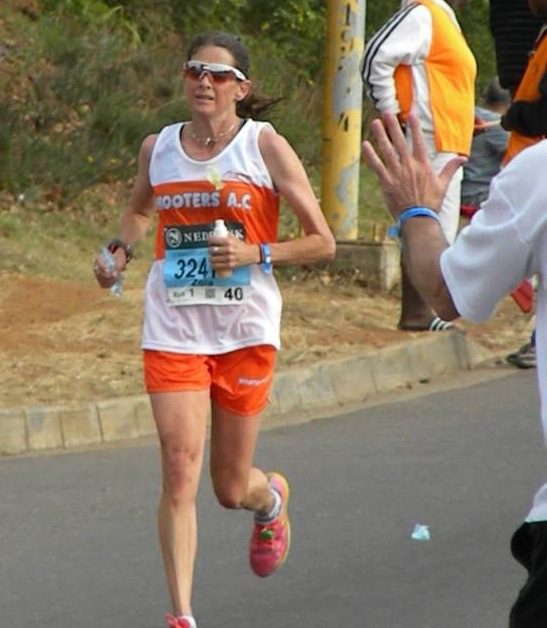 Zola Budd, who recently had an incredible Comrades Marathon run placing 7th lady home at the age of 48, has been dealt yet another harsh blow by sporting authorities.

Budd, who ran in honour of captured Pierre Korkie, was also the first lady veteran runner to cross the line, but this has now been disallowed because she did not display her age category tag according to the officials.

The ladies who were awarded the 2nd and 3rd places also only had an age category on their race numbers – exactly the same as Budd.

“The question is why is Zola being singled out? A mistake has been made and it needs to be rectified” said Ray de Vries, Budds SA manager.

“I won it fair and square – my whole athletics career has been plagued by politics and interference from administrators who are selective and do not apply the rules consistently” said Budd from her home in Myrtle Beach, USA.

“It feels like they are targeting me specifically. Why does this rule apply to me and not to others?” she said.

De Vries added that, after she had a picture perfect Comrades and had huge support from the crowds along the way, she was hugely disappointed.

Zola’s participation in the Comrades this year was an inspiration to so many.

“When she came into the stadium at the finish, the entire stadium chanted ZOLA ZOLA. It was wonderful for her to be welcomed like that. Two days later we were informed that she was not awarded the 1st veterans prize because she was not wearing a separate age category tag.

“Firstly, her final instructions said the age category is on the race number on the front and back. and secondly the athletes that were officially place 1st and second were also not wearing separate tags. Rules must be applied equally and consistently” said a furious de Vries.

Budd has taken advice from well known international road running expert, Norrie Williamson. His opinion is that the officials are wrong and that Budd needs to have her 1st prize re-instated.

Zola Budd – you are a winner in our eyes! Always.