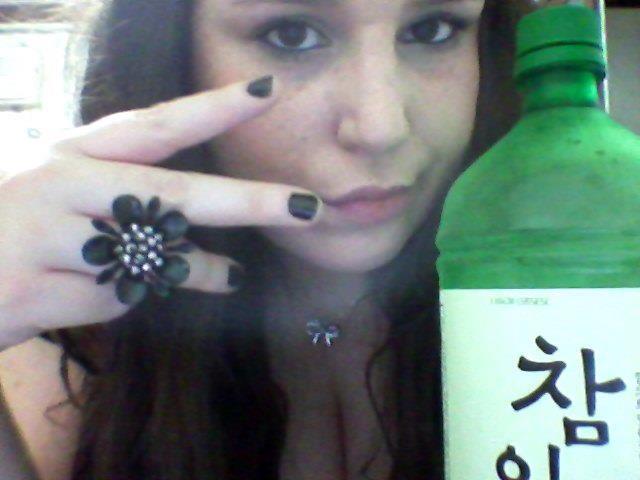 South Korea has become a popular destination for young South Africans who want to teach English, have an adventure, save some money and experience an entirely different culture.

So we asked Capetonian Helena Lorimer, who has spent three years teaching English in South Korea, to give us the lowdown on everything a South African should know before heading over.

“Coming to Korea is definitely a culture shock,” says Helena. “I always thought it was a small world – until arriving here. My first impression was that I was on a different planet…but it was exciting.

“Learning about a new culture has only made me a stronger, more worldly and open-minded person. It is here that I have done a lot of growing.”

Useful Things to Know Before Moving to South Korea

Extreme summers and winters, which usually last much longer than autumn and spring. There is a month or so of unbearable humidity in summer.

2. Finding larger clothes and shoes to buy in South Korea is difficult.

You will be able to go to Western-owned stores like Forever21 and H&M in the country’s capital Seoul to find clothes slightly bigger. Otherwise, it may prove difficult for larger people. Shoes usually go up to a size 6 for girls. I am not sure what size the boys’ shoes go up to, but also quite small. You can, again, travel to Seoul for those things.

3. The Hello Kitty Cafe in Hongdae, Seoul, is one of the area’s most beloved restaurants.

You will hardly ever get your own plate of food unless you are at a western style restaurant (which is more expensive). You will eat with chopsticks (even when eating cake!), and order some kind of meat or soup which usually comes with many side dishes (like radish, onion and kimchi).

5. You will usually sit on the floor at restaurants. 6. Koreans will not smile at you as you pass them by.

Don’t take it a personally. The culture is different. A nod or bow is a sign of respect and how you say hello or goodbye. They also tend to stare at foreigners quite a bit.

7. The level of English is not quite fluent.

So be prepared to use google translate, pictures, hand signals and to learn some Korean (since you are in their country!). The Korean alphabet is very easy to learn.

After regular school during the day, students attend after-school programmes – such as English and Taekwondo lessons. They usually get home very late.

If you are teaching at an English Academy, you will most likely work long hours as opposed to at a Public School. 9. The transport is fantastic.

The fantastic transport system makes it easy to travel. The buses, subway, train and taxis are great. However, taxi drivers are usually quite rude. But they will swim in their clothes! They also do not appreciate women showing their shoulders in public, or revealing cleavage. However, short shorts are appropriate.

11. Pack your own towels, medicine, deodorant…

I would suggest you bring your own towels (because of the size), toothpaste, deodorant (which is very expensive in South Korea, and there are hardly any brands), clothes for a year if you’re larger, and medication that you think you’ll need for the year.

And you can pick up wifi just about anywhere.

13. Koreans will drink soju with meals.

Drinking soju with meals is seen as a great bonding tool, especially with business men.

Soju is a type of alcohol with a similar taste to vodka but less percentage of alcohol. It is drunk in shot glasses in copious amounts. You’ll often see drunk men walking home at night. Soju is very cheap and can be bought at any convenience store. A typical summer’s night is spent drinking Soju outside a convenience store amongst foreigners.

14. There are convenience stores EVERYWHERE.

16. You CAN find South African food!

The foreigner part of Seoul is Itaewon, and you can find two South African restaurants there – Braai Republic and Twiga. They sell all sorts of South African food and drinks.

17. Try and keep your personal life to yourself…

because Koreans like to gossip a bit, especially at work.

You can leave your doors unlocked, walk around the street at night and take transport by yourself anytime.

Foreigners are always up for making new friends. There are many Facebook groups for different cities and they have regular meet ups.

20. Your apartment will be small.

The apartment given to you will most likely to be quite small and there is usually not a closed-off shower but rather a shower head in the middle of the bathroom under which you shower.

21. The women make use of squat toilets.

Most restaurants will make use of those but otherwise, you should be able to find a western toilet.

Koreans do not flush the toilet paper down the toilet, but instead throw it into an open bin next to the toilet. Kimchi is fermented cabbage with a spicy sauce. Most foreigners will travel to other South East Asian countries as it is quite cheap.

25. There are private karaoke and DVD rooms which are very popular.

You can get a group of friends together and go singing, or watch a movie on a big screen with a couch and have drinks and snacks. These can be found almost anywhere. 26. It is more expensive to live here.

It isn’t considered impolite to use your cell phone during dinner or social events, or any time, in fact.

28. Drinking in public is legal. Buddha’s birthday is in May and it’s a national holiday. 31. There are tall buildings EVERYWHERE. In Gangnam, Seoul. 32. There are many palaces in Korea.

This is Gyeongbok Palace, Seoul. 33. You do not wear shoes inside the house.

All Photos by Helena Lorimer