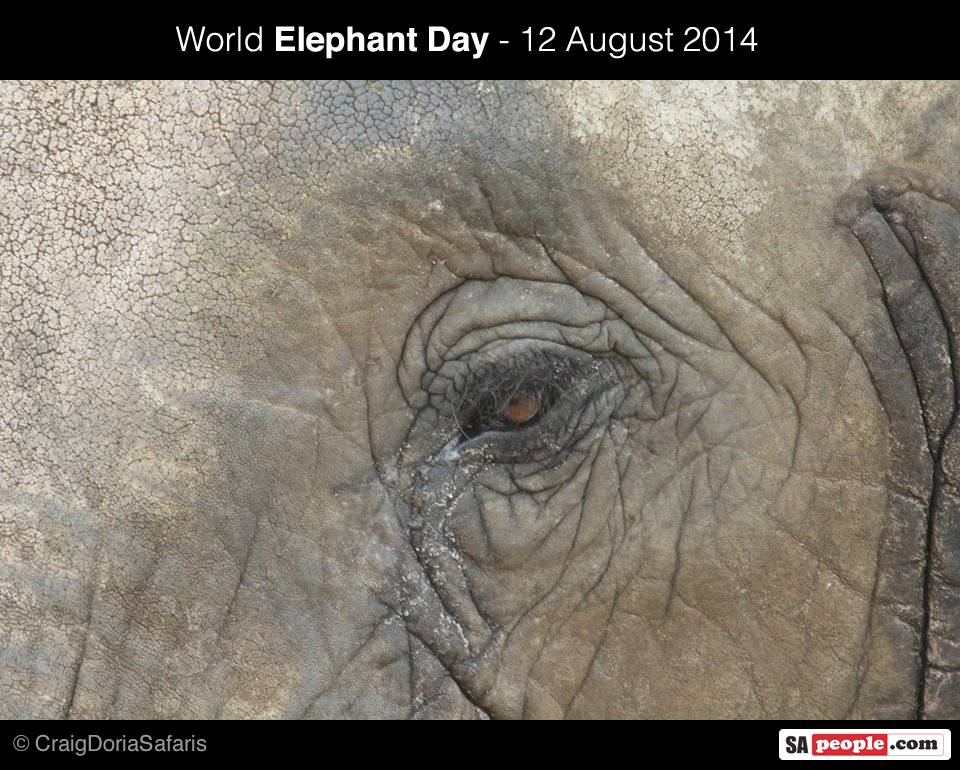 Today is the third annual World Elephant day when people around the globe are encouraged to take part in actions and activities to help save our increasingly threatened elephants, both in Africa and Asia. This special day, dedicated to the Elephant,  was launched on August 12, 2012 by the Elephant Reintroduction Foundation and Canadian documentary filmmaker Patricia Sims in a bid to honour elephants and spread awareness about the critical threats they are facing, and the very real danger that elephants will be wiped out during our lifetime. Some say by 2025.

Just a couple of months ago the first elephant in a decade was tragically poached in South Africa’s Kruger National Park, and – as poaching techniques become more aggressive and sophisticated – officials don’t believe it will be the last. “During the past four years, poaching for ivory has surged to unprecedented levels. It is estimated that 100 African elephants are slaughtered daily for the illegal wildlife trade.

“According to a June 2014 report by the Convention on International Trade in Endangered Species (CITES), 20 percent of Africa’s elephants may be killed in the next ten years if poaching continues at current levels.

“Others believe that all African elephants may be extinct in the wild by 2025.

“It is estimated that fewer than 400,000 African elephants remain.

“There are less than 40,000 Asian elephants left in the world, making their official status “Endangered” on the IUCN Red List. Asian elephants face extensive loss of habitat, and are also killed for their ivory, meat, and body parts, while young elephants are removed from their natural environment for use in the tourism industry.”

How can I get involved?

Whether we live in South Africa or abroad, we can all help to make a difference to protect elephants from the devastating impacts of poaching, the destruction of wilderness, the demand for ivory, human population growth and human-elephant conflict…and the social, economic, and environmental factors that fuel this tragic situation.

Here are some of the ways you could contribute to World Elephant Day today and all year: The World Elephant Day initiative is now supported by over 65 wildlife organisations, including Save the Elephants in South Africa, and many individuals in various countries around the world.

Check out the World Elephant Day site for more information.

By popular demand – here’s one of the most popular elephant videos that is sent in to SAPeople. According to Kerry Dunne, who uploaded this video in 2010, “this wasn’t zoomed, this was actual distance. **UPDATED: This is NOT a chlorinated pool.”