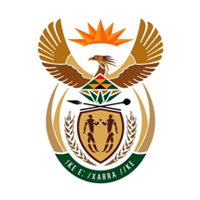 The South African Department of Home Affairs (DHA) has announced that it will discontinue the issuance of Temporary Passports as of 01 September 2014. The DHA said this decision has been made because of an improvement in the turn-around time for permanent tourist passports, meaning there is no longer a need for a temporary passport.

They also acknowledged that there had been problems with the temporary passport not being accepted by some other countries.

For absolutely urgent travel an Emergency Travel Certificate (ETC) can be issued when deemed necessary.

Full statement from the DHA:

“The turn-around time for a passport applied for on our Live Capture system takes 13 days while that applied for using the manual system is issued within 24 days. Emergency Travel Certificates are issued on the same day in consideration of the nature of circumstances presented as an emergency need.

“In this regard, only an Emergency Travel Certificate (ETC) will be issued to an applicant under circumstances of emergency travel purposes such as when a passport that is lost while abroad; and traveling to countries that accept ETCs for purposes of assisting family members in distress or if a family member is deceased.”

Emergency Travel Certificates are only issued to South Africans who have to travel urgently for reasons of:

The emergency travel certificate is valid for a maximum period of 9 months but only for a single trip.

To apply for an Emergency Travel Certificate you must submit the following documents: