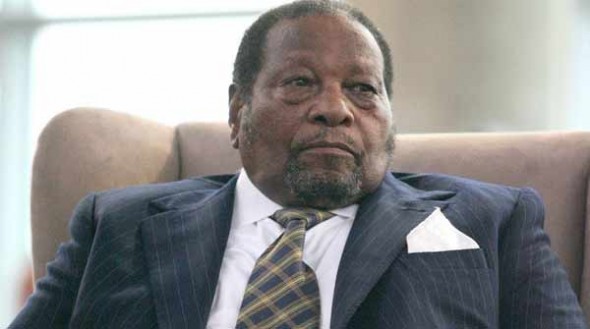 It has always been Richard John Pelwana Maponya’s dream to see Soweto grow its own flourishing economy.

Born in Limpopo Province on 24 December 1926, Maponya is a property developer best known for building a business empire despite the restrictions apartheid imposed on black South Africans. He was fiercely determined to see Soweto develop economically.

Aged 24, Maponya – a teacher at the time – took a job as a stock taker at a clothing manufacturer. The manager sold Maponya soiled clothing and offcuts, which he then resold in Soweto. He eventually saved enough capital to open a clothing retailer in Soweto, despite being denied a licence under apartheid laws restricting business ownership for black South Africans. He had even hired the law firm of Mandela and Tambo to help him obtain the licence.

Undeterred though, he continued his life’s journey towards entrepreneurial greatness.

In the early 1950s, Maponya and his wife Marina (a cousin of Mandela) established the Dube Hygienic Dairy, which employed boys on bicycles to deliver milk to customers – who didn’t have access to electricity or refrigeration – in Soweto.

By the 70s, his clothing empire had grown, and he had begun to branch out into other areas: general stores, car dealerships and filling stations. His most recognisable development though has been Soweto’s Maponya Mall.

On 27 September 2007 Nelson Mandela officially opened Maponya Mall, one of the largest shopping centres in the country.

Maponya secured the land on which the mall is situated in 1979, first on a 100-year lease. Then, in 1994, after several attempts, he acquired it outright.

At that time former Deputy President Kgalema Motlanthe said the development was “another milestone for Soweto by the Maponya Group as they continue to build sustainable world-class businesses in Soweto”.

Maponya Motor City was the first such business in the south of Johannesburg, and now the Maponya Group’s ventures include property development, horse racing and breeding, retail, automotive sales, filling stations and liquor stores.