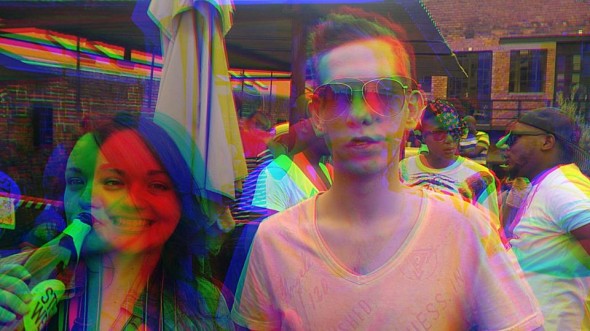 Thirty percent of South Africans have an alcohol problem or are on the verge of having one. Sixty percent of road traffic accidents in South Africa are a result of someone driving under the influence of alcohol.

In South Africa, the penalty for driving under the influence is a maximum of R120,000 or six years in jail for drunk driving. You could also have your licence suspended.

We see the effect of alcohol abuse next door and on the news. We hear stories of crimes like murder, rape and domestic violence that are linked to excessive alcohol consumption. A lot of what shocks us is the things that seem distant- the gruesome, movie-style incidents.

But what about the things that are happening every day? The barefoot student singing to himself as he walks up to his res on campus. The young woman puking behind the tree. The funny, the dumb, the what-in-the-world-were-you-thinking kind of stuff. I have a list of the craziest things that people do when they’re drunk and they’ll probably make you laugh.

But afterwards, let’s have a serious conversation. All of these are drawn from real life.

How to be on your worst behaviour:

Depending on what your parents are like, they will do one of three things:

a) suspend any financial support they’re giving you;
b) tell you that they and their church are praying and fasting for your deliverance; or
c) order you to come home immediately.

Whatever happens, this is guaranteed to shatter their illusion that you still drink apple juice out of sippy cups at parties.

#2 Apologise for apartheid, colonialism and slavery.

If I had a rand for every time a white guy said sorry, told me he loved me and then tried to hug and kiss me, I wouldn’t need to fake being a sign language interpreter for a living!

As mushy as one may feel on the inside, a drunken moment is not a Truth and Reconciliation Commission moment. No washing of feet, no reciting of Mandela or MLK quotes and no hugging of black people.

Flags billowing in the wind have a way of stirring up nationalistic feelings in one’s breast, but as heroic as it may sound, climbing up the pole to take down your symbol of national pride is not a good idea. Just ask the guy who fell from a height of 5m and broke his femur.

In case you were thinking of trying this, it didn’t work. Instead, this genius ended up with a smoking, laminating machine and probably a letter of termination with a bill for the cost of replacing the laminator attached. What an egg-noramous.

One’s sense of coordination is so messed up that your canoe is guaranteed to capsize and send you down the river. Boating is even more dangerous. People have died after they lost control of the boat and it capsized and drowned them.

This is a trap that most black people are not in danger of falling into. Go to any black party and you notice that the people are by a pool or the beach, maybe even wearing their swimsuits, but they have no intention of entering the water. Alcohol (or weaves or relaxed hair or eyebrows that have been drawn on) and water do not mix well. They are wise.

#7 Bargain for cheaper or free food.

In my university days it was not uncommon to see an inebriated individual trying to hustle a boerwoers roll from the woman who sold them just outside the pub. In exchange they’d promise something outlandish like one of their kidneys or an executive job in their dad’s multimillion rand company. The munchies will make you desperate.

One is especially at risk of this if your boss’s number is the last received one. Here’s how it would go: You’ve just been for an interview for your dream job and a dream salary. Your future boss phones to tell you that you got the gig. You’re over the moon. You go out for a drink to celebrate. Your phone is a touch screen. You pocket dial her number. She knows it’s you and can only hear dubstep and shouting. It’s 2AM. This happened to a real person in real life. The guy is still a bartender.

You and your buddies may think it’s funny to phone the popo to report a crime that you made up but this kind of thing could land you a criminal record. It won’t be so funny when you’re appearing before a judge to explain your sense of humour. It’s also just ignorant and selfish considering the fact that there are real crimes going on in your city that need police attention.

In the best case scenario, you could burn your finger trying to light a fire. Worst case, you could end up in casualty with the stench of what used to be your Brazilian weave. Don’t use your lighter as a torch, don’t light a candle for an evening bath. The consequences could be fatal.

Mixing your alcohol with a bit of weed is fun, right? Wrong. It could make you really sick (think nausea and vomiting) or it could lead to a psychotic break (this paranoia and severe anxiety). Do your research. Just because your best friend is doing it and she’s okay, doesn’t mean it’ll have the same effect on you. There are people who have even fallen asleep and set their own beds alight.

Do this if you’re going for the Joker in Batman look.

#13 Shave your eyebrows off completely.

Some humans actually shave their eyebrows off only to draw them back on again in a completely sober state; others do it drunk. The sober ones are a separate issue for another day. If you are of the drunken variety then make sure you have an explanation for when people ask you why you look like Voldemort.

#14 Take selfies with your expensive smartphone that you’re still paying for.

So you just imported the iPhone 6 (mailed straight from the US) and you thought it would be cool to whip it out and take a few cute selfies. The selfies aren’t the issue, your drunken state is. You’re going to leave it on a table somewhere, or someone will lift it off you, and you’ll wish you’d carried your Nokia 3310 with it’s green screen.

In the heat of inspiration and intense hunger, some have almost burnt their houses down.

This is my pet peeve. It’s not only disgusting… In fact, it’s just disgusting. Qha.

If you’ve ever been on a trip with a group of drunk people (or worse sat next to one), you know the agony of hoping that each next stop is their’s. Drunks are entertaining until they start to grate on your nerves. When you realise that they’re not getting off any time soon you pray that they fall asleep.

When you’re in an altered state of mind, the bathroom is the most dangerous place to be in, a bucket of water can drown you. The floor is slippery so there’s a high chance of gravity working against you. You could slip, fall in the shower, break your tooth and end up having to wear a gold veneer for the rest of your life.

The temptation to go onto social media to air your joys, frustration and intellectual revelations is especially strong during these times. Many people go on rants about why they hate their ex or love their girlfriend, or why the world has no meaning. It’s always embarrassing for everyone involved and deleting posts can’t undo the damage done.

Until my ‘varsity years I had no idea what a big thing tanning was for some white people. Thankfully I had a kind friend to explain it all to me. The main danger with tanning is this: you will probably fall asleep under the delicious sun. A few hours later you will wake up with a severe case of heatstroke and an undesirable skin tone. Either the Donatella Versace Orange or the Manchester United red. Neither of them are a good look.

Eventually. Predictably, there’s a thorn bush waiting to receive you at the bottom of the hill. If you’re lucky, you might topple over and end up with a painful hip and angry red scratches on your hands, side and face that have tiny black tar particles embedded in them. Ouch.

Rom Coms seem to be the go-to thing when drinking is induced by heartbreak. The inevitable consequence of you watching Maid in Manhattan is calling one of your exes. Stick to Rambo!

I once left a heater on and woke up to my blanket being on fire. I wasn’t even drinking on that night. Don’t do it. You could end up with serious burns or worse, you could burn to death.

#25 Publicly confess your undying love to someone.

They call it Dutch courage, I call it the-worst-tactic-ever. It never works. At best, he or she will pity you and say something like, “Aw, thanks.” Chances are that when you recover you will be so embarrassed that you won’t have the guts to approach them again. Epic fail.

To read the rest of this post, please visit the original blog here.

People say “I know my limit”, but the truth is that few of us actually do. Do you ever crave a drink? Do you feel like you can’t get through the day without a drink? Are you repeatedly getting so drunk that you don’t know yourself? Take this test to figure out where you’re at. If you have an alcohol addiction or are on your way, then you should look into how to overcome it.

NB: No reblogging or Copy + Paste to your website. This is the writer’s property. Subscribe by email to Zola’s blog www.realmukoko.wordpress.com for articles and exclusive subscriber content!