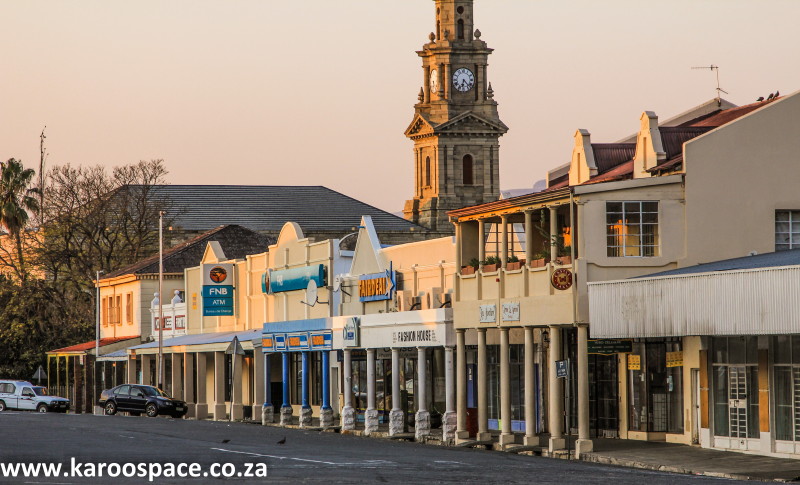 Let’s go for a walk around my home town, here on the edge of the Karoo Heartland, where the Great Fish River flows really fast and the local undertaker sells pumpkins on the side.

We’ll begin in the town cemetery at the gravestone of Harry Potter. Yes, you heard right. Harry Potter is…dead. JK Rowling might not know it, but our Harry died on July 27, 1910, at the age of 46. His wife, Blanche Elizabeth, lies beside him. She passed much later, at the advanced age of 82.

We stroll past the stones of generations of Adami’s (from the Lebanon) and Tam’s (from China), two of the oldest settled families in the town. And here lies Dr Reginald Koettlitz, the Polar explorer who went with Scott to the Antarctic on board HMS Discovery in 1901.

Dr Koettlitz eventually settled in Cradock to soak up the Karoo sun after all his chilly adventures…and died of dysentery on January 10, 1916 – the same day his wife died of heart disease.

Now we’ll power-walk our way up the hill to Naested Street, where my wife Jules and I live. In passing, we’ll glimpse the Cradock High School (CHS) kids filtering into class.

Here in Cradock, much revolves around its high quality schools, be it CHS or Marlow Agricultural, just out of town. Reunions, rugby matches, tennis tournaments, amateur dramatics or simple back-of-the-bakkie hi-jinks on a Saturday night as the kids let off steam.

You’ll notice all the roses, looking particularly fetching this summer after a freezing July. That’s what roses do best – burst into bloom after a really traumatic time.

THE MOTHER CHURCH & A BEER-DRINKING HORSE

We wander back down to the NG Mother Church and yes, you’re quite right. It does carry the design hand of Sir Christopher Wren. In fact, it’s a spitting image of St Martins in the Field on Trafalgar Square in London. What can I say? The dominee had an English wife who missed her home country.

This church is the Taj Mahal of the Karoo – built out of mortar, stone and a whole lot of love.

Walking down the main street past the Georgian façade of the municipality offices and the rows of gargantuan trans-Karoo trucks parked like feeding dinosaurs, we find ourselves at the foot of the Victoria Manor.

This hotel was built back in the mid-1840’s, and nothing seems to have changed inside. You feel like a member of the League of Extraordinary Gentlemen arriving in the late Victorian era for a meeting concerning those new diamond fields in the hinterland.

Somebody’s uncle once used to ride his horse all the way into the hotel to the long bar, where he would order a beer for himself and one for his steed. The lucky horse would drink the beer out of his very own Cadillac hubcap.

THE CANDY STRIPE STREET & THE RIVER THAT CONNECTS US ALL

Along Market Street, you can imagine Dick van Dyk dancing with a penguin in the rain. It’s candy-stripe Victorian in a row of 30-plus artisans’ cottages, lovingly restored by the tourism powerhouse of Cradock – Sandra Antrobus.

The ever-busy Sandra and her bustling daughter Lisa were once described as “archetypal frontierswomen” by an author and there they are, welcoming the bus tourists as they alight and begin snapping away at Die Tuishuise in wonder.

Around the corner from Market Street towards Bree, you’ll find the Schreiner House – also restored by Mrs Antrobus – where Olive spent part of her childhood.

As a pioneer of the feminist movement, her heart must have sung when husband Samuel Cronwright (‘Cron’ to his friends) took Schreiner as part of his surname. Olive, Cron, a baby girl who lived for ten hours and a beloved dog are buried up on Buffelskop, some distance out of town in the Swaershoek Mountains.

And now we’re on Bree Street, where a terrible flood struck in 1874 and then again, exactly one century later. Only the most solid buildings – like the little churches on our left here – survived the waters.

And although I must confess one of the reasons we bought property up there on the hillside was to be above the flood-line, chances are we won’t live to see the next rising.

From here you can also see the Great Fish River, which is a blessing to sportsman and farmer alike. The Fish feeds the district, with its water levels controlled from afar and supplied via the Gariep Dam in the southern Free State.

Which in turn is fed from the Orange River headwaters up in the Maluti Mountains of Lesotho. To me, it’s a constant reminder that we are all inter-connected – and best we all be aware of this.

MUCKING ABOUT ON A RIVER & RAILWAY MEMORIES

On a lighter note, however, you should come to Cradock in September-October for the annual Fish River Canoe Marathon. You have seldom seen so many beautiful people all in one spot at one time. Girls and boys, black and white – they’re all good-looking. And wearing their party hats.

And here on Bree Street is where Professor Guy Butler – who used to be my English lecturer at Rhodes – grew up. His house did not make it through the 1974 floods, however. Come to think of it, that’s the year he lectured us on Shakespeare’s King Lear and read the storm monologue so effectively. Hmm.

Look to your left up the road and you’ll see the Cradock railway station. It still operates, but retains very little of its former glory. Back in 1935, the Prince of Wales (who became King Edward VIII) visited Cradock and was seen at this very station. However, because he suffered from ‘handshake overload’ at the time, his right hand was bandaged and admirers had to settle for a polite nod instead.

Now we’re at the park next to the plush sports grounds at the base of the Cradock Four memorial. A short history lesson is in order:

A SHORT (BUT HARD) HISTORY

Although Cradock is known today as the flashpoint of the Anti-Apartheid struggle of the mid-1980s, its history of defiance originates from the Anglo-Boer War, during which it temporarily became a base for Boer guerillas fighting the might of the British Empire, who came streaming up in their brigades from docking ports all along the Cape coast.

The double decades of the 1930s and -40s saw the rise of one JA Calata, ANC general secretary and Anglican Church minister who found himself banned during the Defiance Campaign of 1952, when close to 10 000 volunteers or ‘defiers’ were imprisoned for peacefully refusing to obey Apartheid laws.

But it was Matthew Goniwe who captured the imagination of an oppressed black population in the 1980s, when he pioneered the struggle against Apartheid upon his return from a four-year prison sentence under the old Suppression of Communism Act. He set up the Cradock Residents’ Association (Cradora) and took on the contentious issues of rent increases, which led to consumer boycotts of white businesses in the town.

On June 28, 1985, Matthew Goniwe and his comrades Fort Calata, Sparrow Mkhonto and Sicelo Mhlawuli were murdered by Special Branch members on their way to Port Elizabeth. They came to be known as the Cradock Four.

So later, as we sit and marvel at the wildlife on the plateau up at the Mountain Zebra National Park, with the slumbering Spekboom Mountains in the distance, we spare a thought for all those who have passed through Cradock and added to its critical mass. Just so the rest of us can look to the future with a degree of confidence…

All pictures by CHRIS MARAIS – www.karoospace.co.za 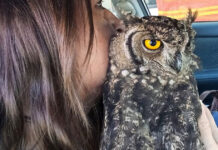 The Owl and the Prince Albert Resident Who Gently Rescued It 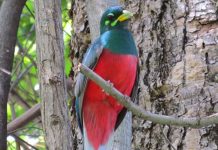 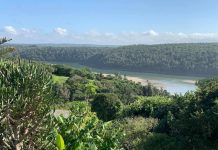