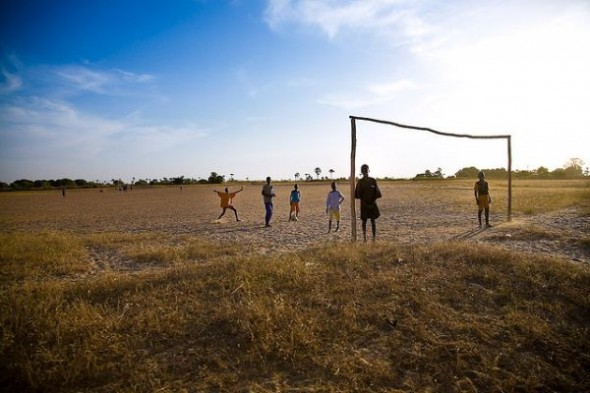 The absence of Africa’s two most successful teams – Egypt and Nigeria – makes this edition of the Africa Cup of Nations one of the most open ever. There are favourites of course – Ivory Coast, Ghana, Cameroon and even a resurgent South Africa – but with some of the biggest stars of African football out of the running, fans are in line for one of the most exciting tournaments in memory.

Cameroon’s Alex Song is the latest player to announce his retirement from international football. He follows a generation of African players that included Didier Drogba, Samuel Eto’o, Yaya Toure and Freddie Kanouté who will no longer play on the international stage.

Without Egypt and Nigeria, the likes of Mohamed Salah and Ogenyi Onazi will remain with their club sides while the continent celebrates its football in the carefree, buccaneering style of Africa. It is also an opportunity for some of its brightest talents to step out of the shadow of a golden generation of footballers.

It takes a special talent to shine when your club is struggling domestically. Democratic Republic of the Congo’s Yannick Bolassie, who plays for English club Crystal Palace, has shown flashes of brilliance for a team flirting with disaster. He is an old-fashioned winger, a throwback to the days when players in his position would send opponents off-balance with a quick step over, then wait for them to catch up and do it all over again.

If there is a weakness in his game it is that he does not score enough – he used to have nightmares about the goal – but there will be fewer sights as spectacular at Afcon as Bolassie racing down the wing.

Algeria’s Nabil Bentaleb made his club debut at the end of 2013; by the spring of 2014 he had been called up to the Algerian national team and he went on to play in the World Cup in Brazil. His quick feet, eye for a pass, composure and strength have earned him plaudits and respect from players and coaches, despite only being 20.

Born in France of Algerian parents, he chose to play for the Desert Foxes and scored his first goal against Romania as Algeria prepared for the World Cup. Creative, tough-tackling and hardworking, he is being talked of as a future club and country captain.

Another man to watch is Christian Atsu. Roberto Martinez, coach of English side Everton, where he is on loan, says: “Technically [Atsu] is very gifted. He can play on both wings, play through the middle and has appreciation of space.”

He could have added that the Ghanaian has the hunger and desire to prove that the promise he has shown is coming to fruition. Atsu may be physically smaller than most, but he is strong and physical and fast. He has tasted success in Portugal, with FC Porto, played in a World Cup, in the Champions League and in the Africa Cup of Nations.

Senegal’s Cheikhou Kouyaté was a target for Manchester City, Arsenal and Everton before he chose to join West Ham, where he would be guaranteed regular playing time. Tall and slender, he is compared to Patrick Viera. He can play in defence or central midfield where he is unbeatable in the air. He has a first-rate footballing brain, is strong in the tackle and is comfortable with the ball at his feet. Strong, determined and fast, the tenacious midfielder will help marshal Senegal’s inexperienced defence.

“We are going to Equatorial Guinea to fight; we will make our nation proud and we will make our families proud,” Dean Furman told the assembled crowd at OR Tambo International Airport when the squad left South Africa recently – words in the spirit of the man himself, a dependable, hard-tackling defensive midfielder who captained Bafana Bafana to qualification for an international tournament for the first time since 2008.

A late bloomer – he is 26 – who came through the ranks at Chelsea before moving on in search of regular playing time, he is currently at English club Doncaster Rovers.

Cameroon’s striker Eric Choupo-Moting is one of the new faces in a Cameroon squad revamped after their dismal performance in Brazil. As he does for his German club side Schalke, his importance to the team is not counted in goals scored. For Cameroon he plays on the wing and is expected to track back and defend as much as he attacks.

One of the secrets of Diego Maradona’s success was his ability to shift his body weight as he moved with the ball. This made it difficult to get the ball off him. Ivory Coast’s Wilfried Bony has the same strength: defenders bounce off him, he can score with both feet, and is just as lethal with his head. He scores goals – 23 in 2014 for Swansea – and he is quick and nimble and able to bring team mates into the game. He will light up Afcon, but first there is the business of his £30-million move from Swansea to Manchester City. 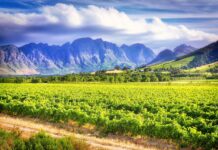