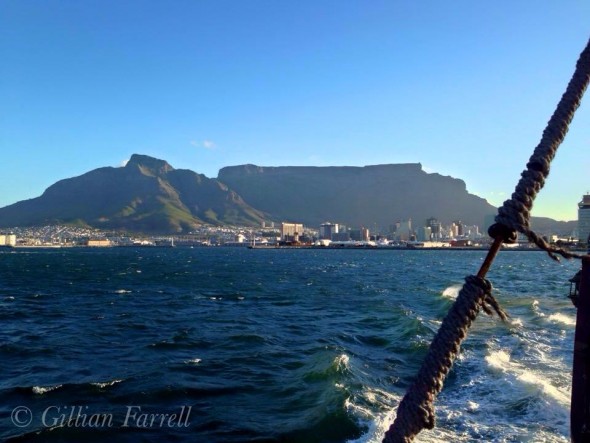 The proposed new Land Holdings Bill is set to make sweeping land reform changes to South Africa including foreigners being forbidden to own land and a restriction on current land ownership that will allow Government to redistribute the excess. The new Bill aims to redress the problem of “land injustice of more than 300 years of colonialism and apartheid” which still sees the vast majority of land owned by white people 20 years after Apartheid fell.

The announcement was first made by President Jacob Zuma during the State of the Nation Address on Thursday evening, 12 February 2015, that “foreign nationals will not be allowed to own land in South Africa but will be eligible for long term lease”.

This weekend the government website published a statement detailing the implications of the proposed law.

Once the Bill is assented to by the President, foreign nationals will only be entitled to long term leasing of land with a minimum of 30 years and will not be allowed to buy land in South Africa.

The Bill will also regulate the amount of land that any individual can own, the limit being 12,000 (twelve thousand) hectares – an approximate equivalent of two farms. If any single individual owns above that limit, the government would buy the excess land and redistribute it.

The Presidency pointed out that the practice of limiting land ownership by foreign nationals and juristic persons is an established practice internationally, although some observers have questioned the wisdom of sending a message to foreigners to not invest in South Africa.

The new law aims to benefit the 23 million South Africans – 45% of the population – who live on or below the poverty line. Over 55% of these poverty-stricken people are in rural areas where “access to a land allotment for households and rural entrepreneurs and enterprises has shown to go a long way in addressing equity and poverty”.

It will also seek to halt the problem of land value escalating beyond the reaches of  ordinary South African citizens.

1. Foreign nationals and juristic persons are understood as non-citizens as well as juristic persons whose dominant share holder or controller is a foreign controlled enterprise, entity or interest. Therefore not all immigrants to South Africa will be excluded from land ownership;

2. This category of foreign nationals that are non-citizens will not be able to own land in freehold from the time the policy is passed into law; they will be allowed a long term lease of 30 to 50 years.

3. It is recognised that this cannot apply retrospectively without constitutional infringements and as such those who have already acquired freehold would not have their tenure changed by the passing of the proposed law (the Regulation of Land Holdings Bill).

However, in such instances the Right of First Refusal will apply in favour of another South African citizen in freehold or the state if the land is deemed strategic.

4. Furthermore, environmentally and security sensitive lands as well as those that are of historic and have cultural significance, and strategic lands (for land reform and socio-economic development) will be classified by law and land ownership by foreign nationals (non-citizens) in these areas will be discouraged.

5. The policy will be affected through a call for compulsory land holdings disclosures. These disclosures will be in terms of race, nationality, gender, extent of land owned and its use. The process will be managed through a Land Commission established, amongst others, to call for these disclosures, collect and assess the information and maintain it in collaboration with the national deeds registry.

The Presidency said the new Bill will address the problem where highly valued agricultural land has instead been used for luxury and leisure facilities, while environmentally-sensitive lands have also been inappropriately developed.

The Presidency said that the “proposed policy makes provisions for exemptions to access lands in classified areas based on certain conditions, primarily developmental.”

The Bill will soon be sent to Cabinet for approval, after which there will be a process of public consultation and thereafter it will be submitted for the necessary Parliamentary procedures before being assented to by the President.