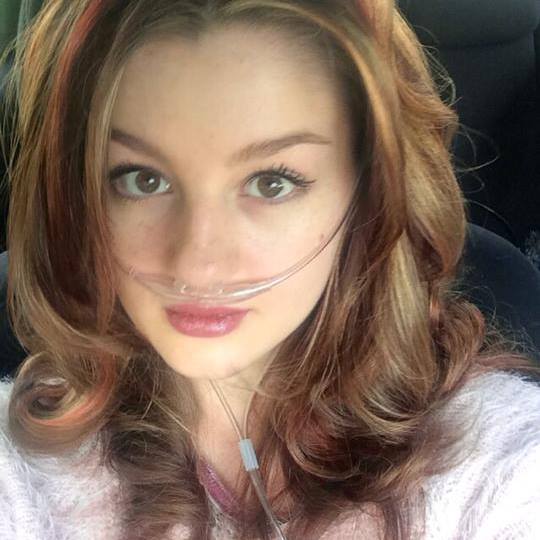 Jenna Lowe’s mom Gabi has posted a message to her daughter’s #GetMetTo21 Facebook page asking everyone to “please keep her in your thoughts and prayers” as the 20-year-old has unfortunately suffered some health set backs in the past few weeks since receiving her new set of lungs in December 2014.

The Western Cape youngster became a national celebrity in South Africa last year when she launched her #GetMeTo21 campaign, inviting everyone to her 21st birthday party…if they signed up as an organ donor.

Jenna, who was diagnosed with Pulmonary Arterial Hypertension at the age of 17, had been told it was unlikely she would make it to her 21st without a new set of lungs. Her campaign raised much needed awareness about organ donations and resulted in over 4,000 people signing up…and in December Jenna received the operation she so desperately needed.

In mid-February Jenna posted the above invite on Facebook to her 21st…but last night her mother Gabi said “it is over a month since Jen’s last very hopeful post, the day after which she experienced some very difficult set backs.”

The brave mom admitted “it’s been a challenging four weeks but true to her nature Jen is still fighting with true grace, grit and courage. Jen has been back to the surgical ICU ward many times in the past month but we are back in her transplant isolation room once again.

“It is tough, but there is sunshine and we have never felt alone; not once in the 115 days have been in hospital with our girl. The transplant journey is always a roller coaster, but it does feel as if Jen has had more than her fair share of challenges.

“Please keep her in your thoughts and prayers and thank you again for your ongoing support ‪#‎getmeto21‬ ‪#‎save7lives‬‪ #‎secondchances‬.”

On the 1st of March Jenna posted a message on Twitter from her hospital bed in Gauteng saying “Healing in Joburg but missing my beautiful city @CityofCT…Can’t wait to be back for my 21st!”

The following day she tweeted this message:  “Love to all affected by the #CapeTownFire…Luck to our firefighters”, adding the hashtag #heroes.

The young and inspiring South African, who is surely a hero herself for the incredible contribution she has made to organ donor awareness, has not posted again since then.

Jenna – our thoughts and prayers are with you…and with your “crazy family and friends” (as you describe them on Twitter) who you love so much. Get better soon.