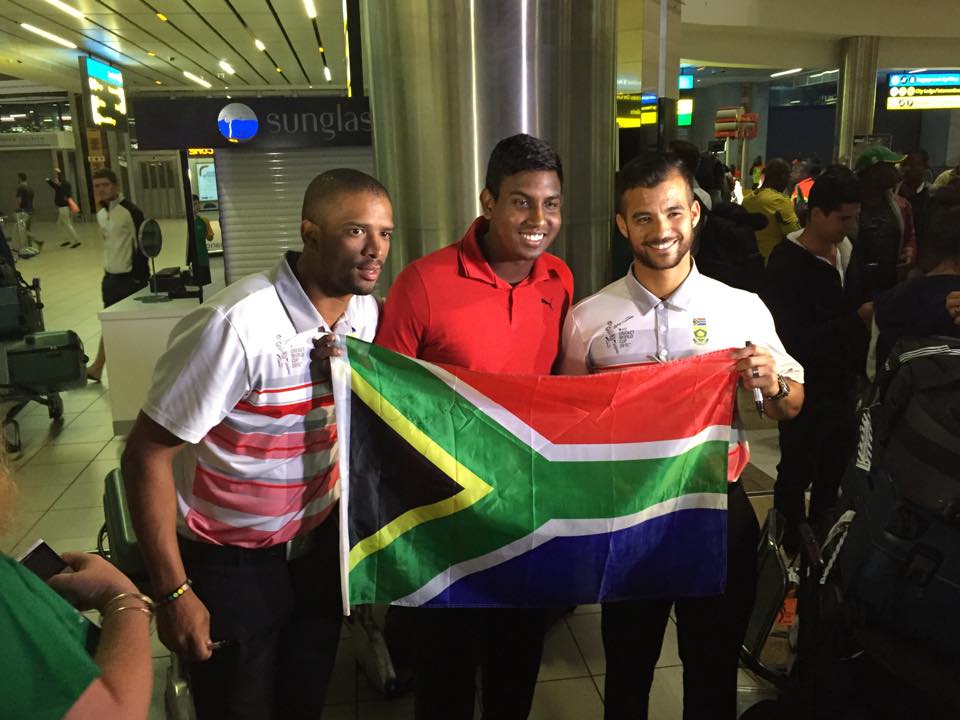 Fans may have thought the early mornings of getting up for the Proteas were over when South Africa was knocked out of the 2015 World Cup in the semi-final against New Zealand…but this morning they were up bright and early one more time to welcome their beloved cricket team back home.

“What a brilliant welcome for our boys at OR Tambo International this morning,” said Cricket SA. “Thank you to everyone who came out from 4 am to welcome them back. You inspire the ‪#‎ProteaFire‬.”

The cricket team and its management are returning in four groups because it was a logistical nightmare to book them all onto the same flight. The first group arrived on Flight SA 281 from Perth at 4.40 am this morning, and the last group will touch down on Sunday.

SA Captain AB de Villiers and coach Russell Domingo were part of this morning’s contingent. Speaking at a press conference at the Airport, shortly after landing, AB said: “We have no regrets, we left everything on that field. Every member of the squad tried their absolute best. Here and there our skills let us down, a couple of dropped catches and missed run outs, but we recovered well.”

He said the World Cup is something you work for your whole life and that “it was really tough in the change room” afterwards.

AB added that he was “expecting a lot of negative stuff from fans and the media but the messages we have received has made us feel like a bunch of winners.”

Domingo acknowledged that “it’s been a tough few days for the Proteas and management” but that he’s “very proud of the team. We offer no excuses. New Zealand played really well, but we played some of our best cricket.”

The coach said it’s time to take stock of where they are. “In my opinion there’s such a fine line between winning and losing. What had gotten the team through a very difficult couple of days has been the great support from home.”

Sports Minister, Fikile Mbalula, was at the airport to welcome the team home. He said “”I wouldn’t have woken up to come here if I was gonna welcome a bunch of losers or chokers.

“I saw a determined team that wanted to do [its] best for its country and I’m very proud of the boys. We won’t cry over spilled milk. We tried our best and we lost. Keep the fire burning. AB, you led superbly as captain. You have made this nation proud.”