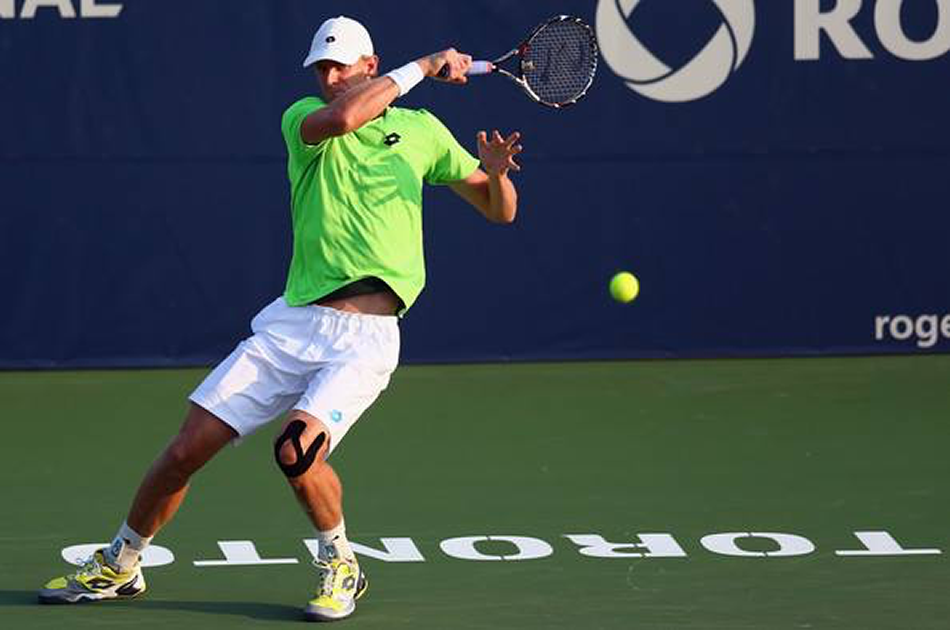 The big serving South African faced Wawrinka this afternoon in the second round, on day three of the Aegon Championships, after triumphing over Lleyton Hewitt from Australia in the first round.

Anderson, who is ranked 17th in the world, managed to beat the world number four player 7-6 7-6…even though the Swiss sportsman was wearing those “lucky” shorts that were the talk of the French Open in Paris!

Twenty-nine-year-old Anderson, who was born in Johannesburg, turned professional in 2007 and has so far accumulated over $5-million in winnings.

Wawrinka (30) fought off five match points before his shocking exit from Queens (which is the lead up to Wimbledon). This is Anderson’s fourth successive win over Wawrinka.

The South African told BBC Sport: “It was a terrific match for me. He’s a terrific player so it means a lot to me and to do on such a great court makes it extra special.”

Stan Wawrinka out of the Queens Club by Kevin Anderson in 2 tie-breaks who seems to tell him: “Let’s meet at #Wimbly” pic.twitter.com/QG9pDVXWJ6

Impressed with the looks of the NEW atpworldtour.com, especially my new page. Check it out, link in bio! #tennis #ATP #NEWatpworldtour