Is it all a storm in a teacup or could a court action in Pretoria this week actually stop the Springboks from playing in the World Cup starting in England later this month?

On Wednesday, a small political party that many have never heard of before now – the Agency for New Agenda (ANA) – will take the SA Rugby Union (SARU) and the SA Sport Minister to court over the alleged lack of change in South African rugby.

The ANA is trying to stop the Springboks from playing in the 2015 event in England and Wales. According to the party’s leader Tshidiso Mokhoanatse the South African team is racially biased.

The party claims that the Springboks have not met the government’s policy on transformation after naming less than ten players of colour in the 31-man squad.

Some commentators have said the lawsuit has little chance of succeeding and that the ANA is using it as a publicity stunt.

The matter is scheduled to be heard in the Pretoria High Court tomorrow.

The 2015 World Cup Springbok team was announced by coach Heyneke Meyer on 28 August.

The following day, Sports Minister Fikile Mbalula released a statement in which he said, amongst other things, that he had “noted the recent poor performance” of the Springboks and the “legitimate public outcry based on the non-selection and denial of game time for deserving black players.”

In the statement, the Minister outlined steps that had been taken towards transformation, and that still need to be taken, and said “We realized earlier on that there are no short-cuts, neither works fiction nor magical divine solutions to achieve transformation goals.”

The Minister said he had met with SARU leadership before the team was announced to remind them of their responsibility, and that “the Selection of 9 generic black players of the 31 players as part of the IRB World Cup Team demonstrate our progression and SARU’s abiding commitments to achieving the set targets as stipulated in our tri-lateral Memorandum of Agreement.”

He called on all South Africans to support our national team and said that it has become imperative for a transformation in sport since “84% of under 18 years old South Africans are black and (part of the historically most disadvantaged group in the country) and only 16% is either coloured, white or Indian…”

Mbalula said “We are on a daily basis confronted by recalcitrant relics from the past and tendencies whose ulterior motives are to dilute or derail the transformation agenda. I can say with good measure that we are dealing with them and they will never defeat the determined march and drive to a non-racial, non-sexist and democratic sporting landscape.” (Read full statement here.)

If ANA is unsuccessful in court tomorrow, the Springboks will begin their Rugby World Cup campaign on 19 September in Brighton, against Japan. Their second pool game is scheduled for 26 September against Samoa in Birmingham, then follow the Tests against Scotland in Newcastle on 3 October before the South Africans conclude their pool fixtures against the USA in London on 7 October. 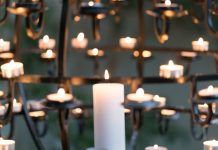