Viola Davis was the biggest news of the Emmy Awards last night, becoming the first African-American to win the Award for best actress in a drama series. And this morning her name has trended in the top three on Twitter in South Africa with media celebrating her win (see below).

The 50-year-old actress who studied at Juillard in New York won for her role as a law professor on ‘How To Get Away With Murder’. (Watch her talk about the role with Ellen in a video below.)

In her acceptance speech last night, Viola said: “Let me tell you something – the only thing that separates women of color from anyone else is opportunity.”

[quote_center]”Let me tell you something – the only thing that separates women of color from anyone else is opportunity.”[/quote_center]

The sentence has since gone viral. (And has been met mainly with approval, although one or two white actresses have complained that there is not much opportunity for them either.)

Viola also said that you cannot win an Emmy for roles that are simply not there, and she praised writers like Shonda Rhimes of ‘Grey’s Anatomy’ fame (and writer of How to get away with Murder) who have “redefined what it is to be “sexy, to be a leading woman, to be black.”

Uzo Aduba, who plays Crazy Eyes in ‘Orange Is The New Black, won the Emmy for best supporting actress in a drama series.

Comedic actor Andy Samberg, who was host of the show, joked that “this is the most diverse group of nominees in Emmy history…so congratulations Hollywood, you did it. Yeah, racism is over.” And then added “don’t face-check that!”

HUGE congrats @violadavis! Her win (and speech) will go down in #Emmys history ? http://t.co/Exwfyj2Ud7 pic.twitter.com/Q1UmE8p5UQ 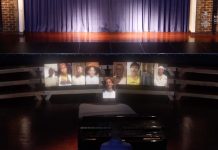 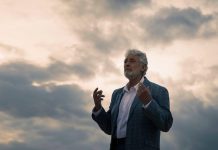 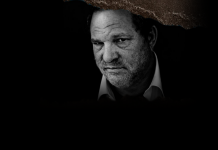