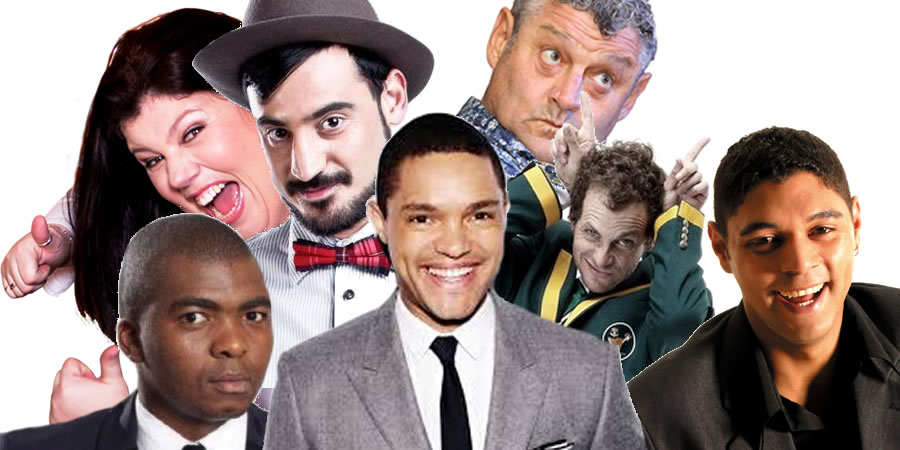 Since Trevor Noah has left our shores and is gearing up to take the helm of America’s ‘The Daily Show’ on Monday, here’s a random selection of other South African comedians – the new, the old and the beloved – who are sure to keep us entertained!

Some of these comedians will also be performing at an international comedy festival in Johannesburg in November. (See details below.)

Please Note: Some of the language and jokes are NOT for sensitive viewers!

Here, an oldie-but-goodie video of Barry Hilton being asked to a braai…

Watch South African-born (New Zealand-living since 2006, and mixing up the accents) Urzila Carlson getting down and dirty:

Nik Rabinowitz speaks Xhosa at the time of the 2010 World Cup:

Forty-two comedians are scheduled to take part in what is considered to be one of the biggest gatherings of comedy talent ever assembled on the continent!

The festival will feature local, continental and international talent performing at the Alexander Theatre, Orbit Jazz Café, Thirteen and the Bannister Hotel in Braamfontein as well as The Market Theatre and Bassline in the Newtown precinct. There will also be fringe shows at popular Braamfontein venues.