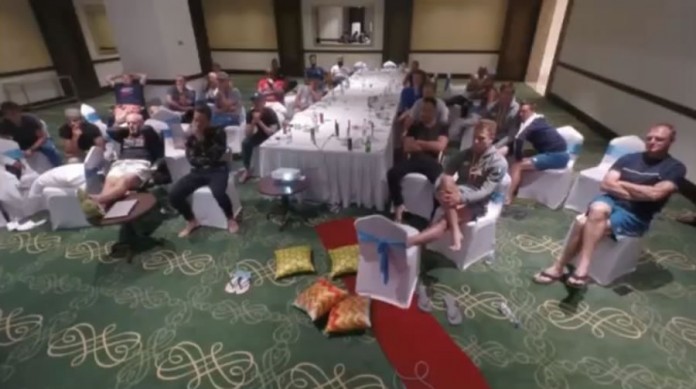 Watch below as the Proteas react to the try. Dale Steyn uploaded the video this morning from India where the Proteas are playing the third of five one-day matches. (They’ve each won one of the previous one-day internationals so far and are currently playing the third.)

Dale wrote on his Instagram account: “The try. Well done to the bokke last night, backing u boys all the way from India. #proteafire #springboks.”

UPDATE: The Proteas would have been equally happy this evening, Sunday 18 October, after beating India at the Saurashtra Cricket Association Stadium in Rajkot. South Africa won by 18 runs, and Man of the Match was Morne Morkel for his game-changing 4/39.

Watch the Proteas react to the Springboks’ try by Fourie du Preez:

The try. Well done to the bokke last night, backing u boys all the way from India. #proteafire #springboks