Springbok coach Heyneke Meyer said he was proud of the way in which his team turned their Rugby World Cup campaign around to claim the bronze medal after beating Argentina by 24-13 in London on Friday evening.

The Boks scored two tries to the one by the Pumas, with JP Pietersen and Eben Etzebeth dotting down. Handré Pollard added four penalty goals and a conversion in a match where Argentina enjoyed the lions’ share of possession and territorial advantage and forced the South Africans to spend most of the time on defence.

Meyer reiterated that finishing third will never be acceptable for the Springboks but that he was proud of his team’s efforts after they lost in the opening round to Japan.

“I’ve said that only a win is good enough for me and my team,” said Meyer.

“But I’m very proud of the way in which we came back into the tournament after losing to Japan. To turn things around after the first game, with your two captains out injured, and to still come as close as we did in the end, speaks of character.

“It’s good to be in this position and to have claimed the bronze medal, but we would still have preferred to play in the final. That was what we were aiming for.

“What will stand out for me about this tournament is the amazing support we received from the start, right until the end. Everywhere we went in the UK but also from back home in South Africa, people stood by us and we can’t thank them enough.

“This has been an amazing tournament, and we’re a group of proud South Africans to be a part of it.”

Commenting on the game, Meyer lauded his team’s defence, especially in the second half, when the Argentineans came with a big onslaught.

“I thought our impact players made a big difference and our defence was great,” said the Bok coach.

“We made a lot of tackles and we managed to keep them out right until that try in injury time, which showed the guys really put their bodies on the line.”

When asked about the role of the senior players in the squad, some of whom will retire from international rugby, Meyer said: “They really put up their hands and led this team very well after the defeat in week one, and I can’t praise them enough.

“But I’m also massively excited about the talented youngster that came through. They were mentored by the older players and in my opinion we probably have some of the best young players in the world – we can be invincible if we can keep them together, keep on working hard and ensure our systems are in place.”

Victor Matfield, who captained the Springboks in his last Test, said he was not sorry that he decided to come out of retirement in 2014.

“After what I’ve experienced in the last seven weeks with this team, coming back was definitely worth it,” said Matfield.

“After the defeat against Japan, we built a brotherhood in this team that is just fantastic.

“We were one penalty away from playing in the final. We really wanted to be there but the guys picked themselves up this week against a fantastic Argentinean team and we shut them out – in the end I think we won comfortably.”

Bryan Habana tweeted last night: “Not my greatest outing tonight but at least not for a lack of trying… Great to end the journey on a winning note #ProudlySouthAfrican ????”

Habana said he won’t be back for Japan 2019. Nor will we probably see Schalk Burger and Fourie du Preez at a RWC again – they will all be over 35 for Japan 2019. Victor Matfield (38) has already announced his retirement from Test rugby (for the second time). So has Jean de Viliers who will now take up with Leicesters Tigers in the UK.

Habana will now return to his club commitments in Toulon, France. He told World Rugby: “I’m really proud of the last 12 years, the highs and the lows, it has been an unbelievable journey.” He said he definitely won’t be at Japan but “I’m not too sure it’s the end yet. There is a lot to happen with South African rugby with a new coach.

Of his three missed opportunities to score a try last night and break his tie with New Zealand’s Jonah Lomu for most RWC tries (15), he said: “It definitely wasn’t for lack of trying. Opportunities come and sometimes things don’t happen for a reason. I have a lot of respect for Jonah and maybe rightly his record stays around for a little bit longer.”

Jonah sent him a tweet saying “Congratulations on the win. No one can say you didn’t try; you’re a true great of the game. Malo Tokoua.”

Bryan replied: “Things happen for a reason & very fitting that your name stays on top of the record books for 4 more years #legend?”

From wishing him well on his first Bok call up to seeing him get his 50th test cap @PatLambie #tooproud #whataguy?? pic.twitter.com/YXZPOr2698

What a privilege it has been pic.twitter.com/qCwNBy3oRG 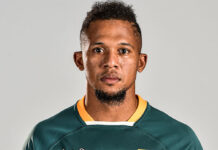 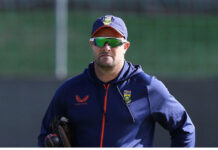