For the second time this year, I spent a week in Western Australia doing some consulting work for an Australian retail client.

TIME AWAY FROM SOUTH AFRICA IS WONDERFUL.

Apart from the obvious joys of international travel, time away allows you to get an alternative perspective of your home country that’s all to often clouded by the day-to-day experience of actually living within its borders.

Perhaps it’s the result of years of boarding school, but I never miss home when I’m abroad.

The excitement of meeting foreign people, being in unusual places and tasting exotic food is way too alluring to allow for a moment of homesickness.

But on this most recent trip, I did stop (just for a slight moment) to consider what Australia allowed me to realise about South Africa.

Here are some of those thoughts:

The cost of living in Australia is crazy.

A take-away coffee and a toasted cheese & ham sandwich from a drive-thru – will cost you R100. Middle-class houses in Perth go for around R20 million and a pint of craft beer will easily cost you R150. On the day that I arrived back in South Africa, I bought a good bottle of local wine at a beachfront restaurant for R159 with a big smile on my face.

As a nation we lack confidence, but in many individual cases, we have some of the brightest and most talented people in the world.

Perhaps its genetic – a spirit of creativity and innovation passed on from our forefathers, or maybe the challenging business environment breeds people with drive, determination and mad talent. But South Africans can be proud of the work that they do when compared to their international counterparts.

We have some top schools and universities that are on par with revered global institutions and a strong private sector that together produce graduates and working professionals that punch way above their weight division.

What isn’t as good is what South African talent gets paid. Compared to their counterparts in developed countries, skilled labour in South Africa is dirt cheap.

Maybe because making money in South Africa is tough, we tend to be natural dealmakers and problem solvers. In comparison, most Australians are laid back and, in a work environment at least, happy to stick to the status quo.

As an emerging market and ‘the gateway to the African continent’ – now is the time to turn up the volume on that hustle. Cause when you hit ‘first-world status’, a lot of that ‘street energy’ will dissipate.

It’s an infinite feedback loop and for some an obvious point, but the scourge of violent crime in South Africa has killed vast quantities of business growth.

When the streets are unsafe, good people and the business they would be supporting, flee to expensive shopping malls.

Rent in those malls is a prohibitive cost for smaller business and as a result the economy is squeezed into the pockets of a few well-capitalised corporates. When would-be entrepreneurs lack viable opportunities to start new ventures because of unsafe streets, you have an economy in terminal decline.

Jobs disappear and the situation continuously just goes from bad to worse as a result.

The answer to the problem is a co-ordinated policy approach, which lies with government. But the money we pay in taxes to help them to fix this exact issue, is being stolen by the very people who have pledged to be the guardians of that growth.

Why those people, who are responsible for this theft, are not charged with a criminal offence of the highest degree, is completely beyond me.

As a society, we should be demanding justice on this issue, which is at the heart of many societal problems that we worry about everyday. The real criminals here are the ‘leaders’ that are stealing from all of us. It’s our duty to make a lot more noise about it.

When you drive around a city like Perth, you are struck by the sheer number of retailers that operate in that economy. You literally can’t drive 300m without passing yet another business park filled with ‘big box‘ warehouse stores.

They have specialist ‘supermarkets’ the size of your average Pick n Pay for random things like pets, fishing gear, rugs and kitchenware.

It’s really is depression when you think that Perth has a population of less than half of the city of Cape Town (1.8 million vs 3.7 million), but has a GDP which is more than double the size (US$138 billion vs US58 billion).

It’s not that having loads of shopping outlets should be the ultimate nirvana for a society, but at least having more participation in the economy of the country by its citizens should be a goal.

Get onto a plane where you are in the presence of South Africans for the first time in a week – and you’ll realise how full of energy and stories we are. We’re also not afraid to share that energy with everyone in earshot of us.

It makes me think that we’re all extroverts and probably why we are so good at music, dancing and protesting.

Australians in general are older and more stuck in their ways – the vibrancy of a young population in South Africa is encouraging.

25% of the South African population is unemployed; and probably another 25% is radically under-employed. Because of this – we just don’t have the market to sustain opportunities for small business to flourish.

There’s sadly very little point in promoting small business growth if there is no market for goods and services to support it.

Once again, a proper policy framework from government is needed to rectify this. There is more than enough money to do that, but as you know, that money is either being wasted or stolen by the public servants who are tasked with managing it.

Tackling the inequality issue is the only way you are going to jump start the economy and create an environment which is small business friendly. There are only just so many small businesses that the DTI can help to become competitive exporters, the real growth must come ultimately from domestic demand.

A two-hour drive from the city, Margaret River is the wine growing region south of Perth.

I really didn’t want to like Australian wine, but try as I might – I couldn’t help closing my eyes and questioning reality itself after tasting some of their Chardonnays.

Even though most of them are oak-aged for 9 months, they were fresh and crisp and ridiculously well-made.

The tasting room at Vasse Felix looks like the bridge of The Death Star and when you get tired of drinking good wine, there are craft beer breweries peppered around every corner.

There are hundreds of wine farms down there and on the Saturday that we visited, every single one of the estate restaurants that we phoned for a lunch booking, was full.

It felt like the region was a co-originated tourist destination that took every opportunity to make money from visitors. The product was good, the service from everyone was warm and they were not shy with their prices.

I’m still the biggest fan of South African wine, but there is a doctorate to be earned by researching some of the business ideas from the Australian industry.

One of the reasons South Africans are so resourceful is that there are few rules to kill our innovation. In Australia you can’t do anything without putting up a safety warning sign, donning a bright-orange bib or applying for a licence. Even allowing customers to take food home from a restaurant in a doggie bag is against the health and safety laws there; and as a consequence, lots of great ideas are killed before they can be considered.

Consider yourself lucky that you still live in a place where the blue-rinse brigade aren’t ruling the roost just yet.

It seriously dampens the creative mojo.

It’s pointless to look at Australia and somehow compare it to South Africa. Although the two countries are similar, they are at totally different stages of economic development.

For me, the major difference between the two is grit – South Africa has heaps of it. The country is like a young kid reluctantly sulking his way to school along a dusty road, the potential is that he could one day be ‘the next Nelson Mandela’, but right now his school satchel is very heavy and the sun is blisteringly hot.

He’s determined to learn, fall, try again and eventually hopefully, to get there – even though the odds right now are seemingly stacked against him.

But it’s the collective ‘beginning’s mindset’ of this young, hopeful country that is so compelling about living in South Africa. Something you just don’t get anywhere else in the world. 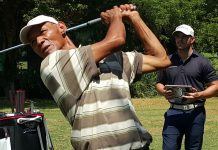 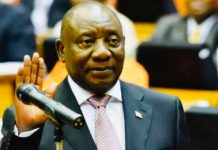 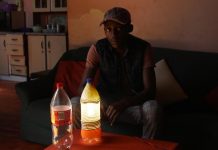