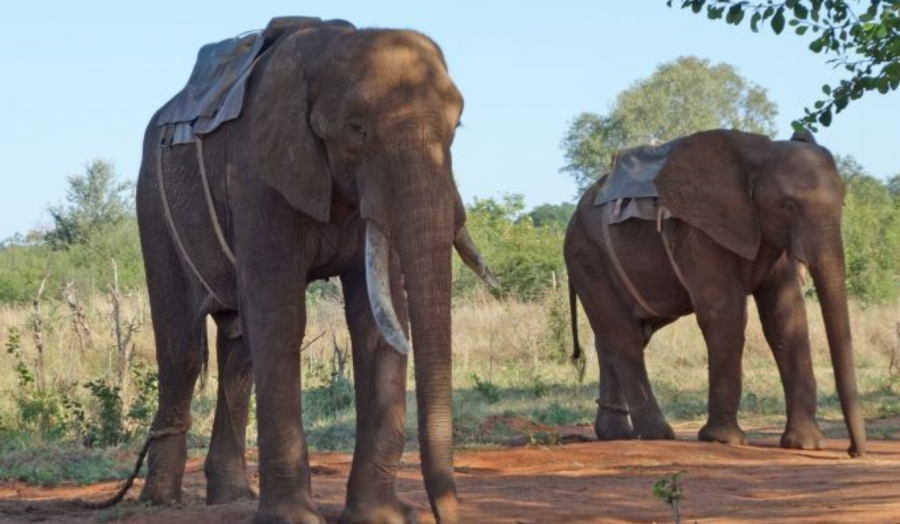 A slick new video made by a young German doing a trip around South Africa – great music, thrilling footage from a drone – includes a scene less than halfway through that might throw some viewers into a moral dilemma. He rides an elephant.

The scene is jarring because in the rest of the video, titled “For that moment in South Africa”, the young German traveller Marko Roth seems to want to simply enjoy the thrill of the African country and its physical beauty. Elephant-riding – which is controversial, imported from Asia, and has been cricitised repeatedly by conservationists – does not seem to fit.

Elephant-riding has been growing fast in Africa. According to a report released by World Animal Protection (WAP) in September, the organisation noted that the first commercial venues offering elephant rides in Africa opened in Zimbabwe in the late 1990s. (Even earlier than that, however, Abu Camp in Botswana, under American Randall Moore, was receiving international attention.)

And in the same way that reports of cruelty and abuse have long been coming out of elephant-riding facilities in Southeast Asia, they are now coming out of operations in Southern Africa.

Earlier this month the Director of Public Prosecutions in Grahamstown refused to take up charges against Elephants of Eden in Knysna after charges of animal cruelty were brought by the National Society for the Prevention of Cruelty to Animals.

The case began in May 2014, according to one news report, “after the NSPCA received horrific footage depicting the cruel and abusive training methods employed to control and train baby and young elephants for their future‚ captive lives in the elephant-based tourist industry”.

“More calves are being taken from the wild, away from their mothers to be sold and cruelly trained and abused for the tourism industry.”

According to a petition against Elephants of Eden started by change.org, “Knysna Elephant Park, which owned Elephants of Eden until selling it a year ago, denied responsibility for the abuse, which it said took place around six years ago.

“The park said in a statement that the abused elephants were being housed at EOE on behalf of another safari park owner and were under the control of his staff when the incidents occurred.”

According to Kate Nustedt, Director of Wildlife at WAP: “You’re taking the wild out of Africa by breaking the spirit of their elephants so they can be ridden and perform for tourists.” One elephant might have to give 10 to 20 rides a day.

“People who love animals will be shocked about the cruelty behind the scenes of elephant rides and they will no longer want to do it,” Nustedt said.

Some have argued that as poaching for ivory continues across Africa, and elephant populations get cut down, using the animals in other ways – whether it is for tourism or labour – could also be a way of saving them.

When contacted by SAPeople about the controversy over riding elephants, the German traveller Roth said, “I am aware of the elephant problem but we made sure to choose a company which is treating them well.” He said the company he used was Elephant Whispers in Mpumalanga.

Elephant Whispers, Knysna Elephant Park and several other companies offering elephant rides were contacted by SAPeople for comment, but did not respond.

Tour operator and lion advocate Drew Abrahamson said, “I do know that Elephant Whispers are reputable and there, as far as I know, hasn’t been any form of abuse. Personally, I don’t believe people should be on the backs of any wildlife.”

WAP says there is no such thing as a responsible elephant ride. “Cruelty is inherent in every step of an elephant’s life in entertainment.”

While many elephant-riding operations say that their animals are well treated, Nustedt said that whatever is promised and what happens in reality are often miles apart.

“An elephant in the wild would never allow someone to sit on its back or do tricks.”

Gajender Sharma, Country Director at World Animal Protection India told an Indian newspaper recently: “African elephants are the biggest land animals in the world and many tourists want to see them. But the spread of elephant rides for tourists is putting them under more strain. More calves are being taken from the wild, away from their mothers to be sold and cruelly trained and abused for the tourism industry.”

Nature conservation bodies and animal rights organisations have long been reporting on the abusive behaviour towards elephants in tourism across Southeast Asia. While the holidaying foreigner might be having fun, they say, their enjoyment comes at the price of some of the worst imaginable forms of animal cruelty.

In a video made in 2013 called “An Elephant Never Forgets”, UK comedian Joe Keogh looked into the plight of elephants in Thailand, where hundreds of thousands of tourists a year go on the so-called elephant trail.

Video: The gruelingly honest ‘An Elephant Never Forgets’ exposes the truth behind the horrific elephant-riding trade in Southeast Asia:

The video is brutally honest, and some of the things you see and hear – especially of how elephants are taken from their mothers at a young age and beaten into submission so that they will behave the way the mahout (elephant keeper) wants them – are horrifying.

Keogh says he thinks most tourists riding elephants have no idea of the brutality behind the trade.

“We know that it is not possible to humanely train an elephant to do tricks and ride people around,” Nustedt said in an interview in September. “An elephant in the wild would never allow someone to sit on its back or do tricks.”

WAP said that because of its work to expose cruelty to elephants, at least 20 travel companies across the world have stopped promoting elephant rides.

Here is Marko Roth’s otherwise exciting video “For that moment in South Africa”.