There’s a weird thing happening in South Africa. Well, to be fair, there’s a lot of weird sh@# going down. But I’d like to focus in on the niche weirdness of white, upper-class parents in SA at this point in time. And their seemingly unchecked yet (in my opinion) unbalanced rhetoric: “We’re really thinking about moving now. It’s such a pity. But we have to – for the kids.”

“We didn’t want to leave, but we’re going to now. Oh, not for ourselves – for our kids’ sake.”

If that’s your line, don’t you realize what you’re implying? That those who could go but nonetheless stay are not considering their children?

I can understand this kind of thinking for those parents now living in Syria. Or Iraq. Or maybe even England (given their dismal show at the World Cup). But South Africa? Seriously?

Are we even living in the same country? A country filled to the brim with problems certainly, but equally overflowing with good, kind people and millions of possibilities.

A country where my kids (we have 5 of them!) get to run around barefoot most of the day, and go to excellent (public) schools. Where they get to sink their little faces into watermelons and lie beside the pool on hot bricks before rolling back in to cool down.

A country where slowly, slowly this next generation are starting to see the world differently. Where my kid only realizes that another kid is different to him because of the curry on his sarmie – not the colour on his skin.

Without further ado, here are my three reasons for staying in SA for my kids.

1. I have more than five kids.

Calm down mom, it’s just a metaphor. There are no lost love children wandering the streets. Or maybe there are – because all those lost children out there … whose are they really? If not mine and yours, then they are truly, truly lost.

Before you choose to leave with your biological kids – I hope you take a last look at the kids you’re leaving behind. Especially the 11,9 million (64% of all kids) who live in poverty. Don’t you realize that your leaving dwindles what little hope they have? You can blame the government of course, but there are far better ways of fighting back and advocating for our collective kids than by simply vanishing. (Unless of course you’re setting up charities abroad.)

Any nation in the world is ultimately built on citizens who commit to contribute rather than consume. Someone told me, ‘If just 30,000 financially resourced, tax-paying families left SA, there would be no greater damage done – even greater than the damage of corrupt politicians.’

His point is that the economically and skill-resourced people of South Africa are preserving this country in a profound way – most notably footing most of the bills, and creating jobs. To leave may (or may not) help you, but it will only exacerbate the problems you leave behind for others.

Not just the good stuff either – the stuff we love about SA and where we live: blue-flag beaches, weather, lifestyle. I’m talking about the ugly stuff. The frightening days when we don’t know what tomorrow holds. When the going gets tough and we don’t get going. When it’s hard to forgive one another and our fellow citizens. When we have to wrestle with our dark collective past and the hurt it continues to inflict. When we choose to be part of the solution, rather than run away from the problems. When we have to dig deep, deep, deep to do all of this. I want my kids to learn how to dig deep. And there’s no better place to do that, than in Mzansi.

It’s here I get to teach my kids how to stick it out, spot opportunities in the chaos and fly alongside birds of a different feather as they do so.

As one 4th century author put it: ‘If a conflict or disappointment comes upon you in the place where you live, do not leave that place when the trial comes. Wherever you go, you will find that what you are running from is ahead of you.’ (With twice as many SAffers returning to SA in the last 5 years than leaving, that wisdom proves true.)

This point might sound foreign to some in our child-worshipping and comfort-centred culture.

But surely there’s more to life than the meaningless merry-go-round of getting into a good school, so I can get a good job, and a good spouse, and a good house, where we can have kids who get into good schools, so they can…? Round and round we go ad nauseum.

Surely we exist to make a contribution? Surely it’s no accident that my kids and I were born in this beautiful, tortured roller-coaster of a country? Does this mean that we’re sentenced to stay? Of course not! But if we simply move when we want to, with no consideration for some kind of bigger plan at work, just consider what you may be forfeiting – for yourself and the place you were destined to be in.

Fleeing to another ANC (Australia, New Zealand or Canada) is a surefire way to attain greater comfort for my kids. But what about the significant impact them and I can make if we stay?

For example, an Australian friend who has relocated to African shores tells me how his dream to help others made him become a doctor. In Sydney, the high point of his career was being televised as he removed a nail from a farmer’s heel. In his first month in South Africa he helped more people than in the previous decade in Aus. Now he plays a role in turning the tide on HIV infections, an effort that will save multitudes. When you’re chasing significance, this is the land of dreams.

Ok, rant over. If you’re staying, I’ll see you at the beach.

But if you were already packing your bags, I doubt I’ve convinced you to stay. Maybe you’ve simply lost faith in this country and in the part you can play in fixing it. I am sorry to hear that. By all means, do what you must.

But please don’t judge those of us who are staying for the kids.

This blog post first appeared on The Dad Dude, a weekly blog by Cape Town-based Terran Nirvana Williams for “dads and moms in the trenches of trying to raise kids and remain sane. At once inspiring, real and helpful.” This post was written by his wife – and guest blogger – Julie Williams, and is republished with Terran’s kind permission. Follow The Dad Dude on Facebook here. 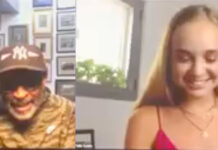 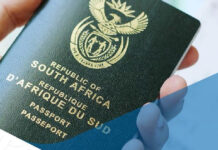 Everything You Need to Know on Renewing Passports and Documents Abroad 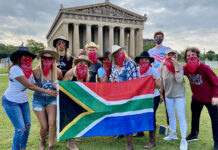